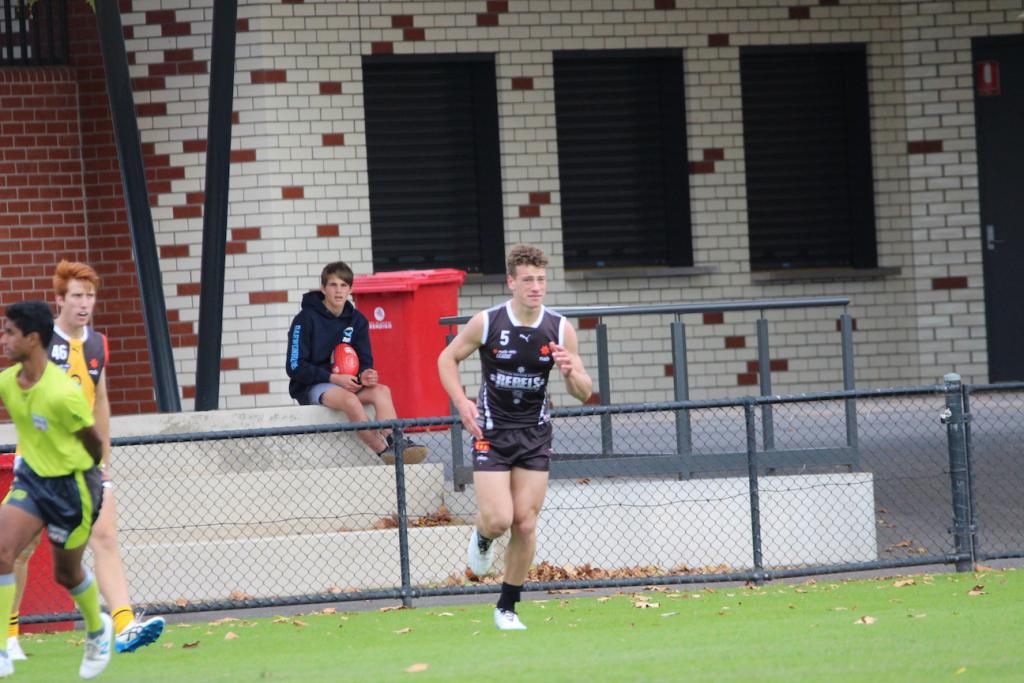 THE 2021 NAB League season returned for its fourth round over the weekend, with the inclusion of Northern Academies seeing nine fixtures split across Saturday and Sunday. There were a number of outstanding individual performances among the Round 4 action, as serious draft contenders and prospects on the rise topped a range of key categories. We take a look at this week’s stat leaders.

Oakleigh Chargers captain Nick Daicos continues to put up ridiculous numbers in the Under 19s competition, racking up another 44 disposals as his side went down to Murray on Saturday. The Collingwood father-son prospect leads the league in that department, as well as in kicks and goals. He was beaten out for total kicks in Round 4 though, with Geelong Falcons wingman Noah Gribble notching 25, while Carlton father-son hopeful Charlie McKay dished out a round-high 22 handballs having been afforded more midfield minutes.

Northern had strong representation on the stats sheet after its big win over the Brisbane Lions Academy, with leader Joel Trudgeon laying a league-best 14 tackles. He is also the overall leader in that department, as well as in handballs. Angus Seivers was the other Knight to feature atop the charts in Round 4, winning 25 hitouts with more permanent duties in the ruck.

Elsewhere, a pair of academy members were able to penetrate the arcs at either end of the ground more than anyone else. Swans Academy product Felix Rogers was productive with 10 inside 50s, while GIANTS Academy defender Sam Frost ticked up to 12 rebound 50s from the other end of the ground.

Find the full list of Round 4, and overall season stat leaders below.