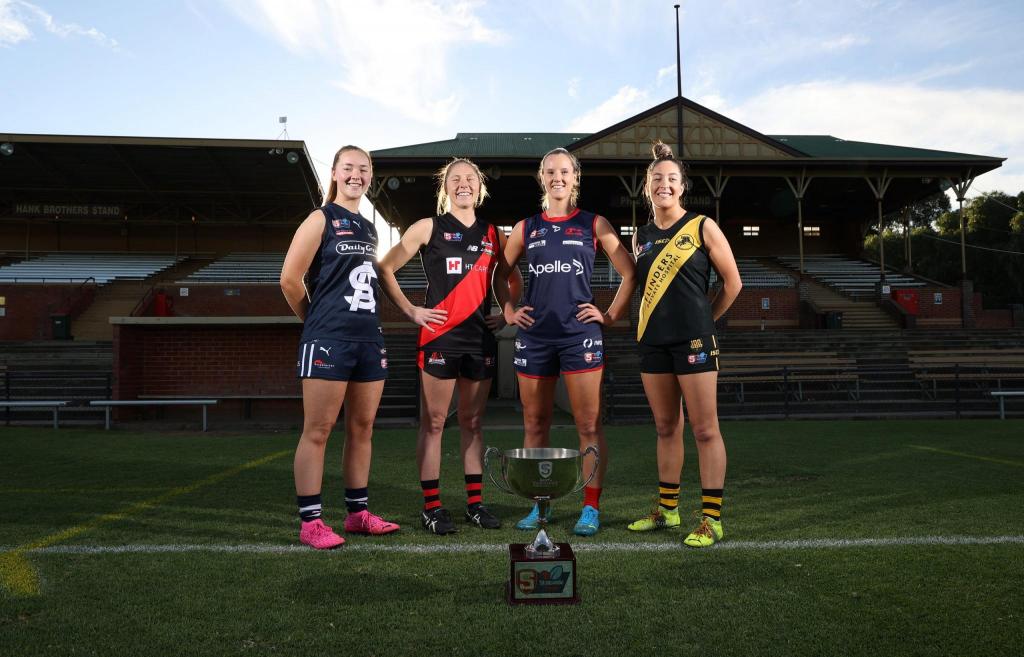 IN light of Victoria’s Circuit Breaker Lockdown, the Victorian Football League (VFL) Women’s will not take place this weekend in the state. Whilst the fixture might involve tinkering in the future, the only thing for certain is the teams will not be competing over the weekend of May 29-30, as the lockdown takes full effect. However, there is still plenty of football action across the country to keep an eye on.

In South Australia, it is already well and truly at the pointy end of the season, with the second week of finals underway for the South Australian National Football League (SANFL) Women’s competition. Last week, minor premiers Norwood were taken down by a fast-finishing Glenelg outfit who have the likes of Ebony Marinoff and Caitlin Gould leading a star-studded midfield and consistent all-round side. The Bays booked their spot in the Grand Final, forcing the Redlegs into a Preliminary Final. Norwood has Najwa Allen as a key Adelaide Crows player on the list, though have plenty of experience and youth rolling through the side, with utility Sophie Armitstead, ruck Leah Cutting, and mid-forwards Jade Halfpenny and Jess Macolino amongst those who stood out this year making the Draft Central SANFL Women’s Team of the Year.

West Adelaide is stacked with both AFLW and State Academy talent, as key forward Chelsea Biddell and the experienced Sharnie Whiting headline the bookends for the Bloods. For those wanting a glimpse of the future, 15-year-old Lauren Young is a star in the making, already taking home South Australia’s Most Valuable Player (MVP) at the AFL Women’s Under 19 Championships, and is among the top players on the field every week. Add in fellow youngsters, midfielder/forwards Zoe Venning and Abbie Ballard, and bottom-age utility Keeley Kustermann, and there are plenty of reasons to watch how the Bloods go against this year’s top side. The Norwood-West Adelaide match is available via the SANFL Digital Pass.

Without the AFL Women’s Under 19 Championships going ahead, Queensland’s most talented teenagers will filter back to their Queensland Australian Football League (QAFL) Women’s sides for Round 12 of the competition. The benchmark team of the competition this year has been Bond University, winning all 11 games thus far, though they now come up against reigning premiers Yeronga South Brisbane who on their day, could knock off anyone with the amount of talent on their list. The Bull Sharks have talented AFL Women’s Academy member Mikayla Pauga on their list, with Lily Tarlinton and Jasmyn Davidson other teenagers to watch. The Devils have Lexia Edwards who has slotted 17 goals in 10 games, whilst Madison Goodwin has really impressed in her 11 games this year.

If youth is what you are wanting to focus on, then Aspley has plenty of state representatives. Led by the likes of Ella Smith, Charlotte Mullins, Lucia Liessi and Kadie Fletcher among a number of the others, the Hornets also welcomed back Brisbane Lions’ Sophie Conway last round. Their opponents Coorparoo also have regained AFLW talent in the last couple of rounds, with Jess Wuetschner, Ally Anderson and Tori Groves-Little among the returning players. In other matches, Coolangatta Tweed hosts Maroochydore, and University of Queensland takes on Wilston Grange. All QAFL Women’s matches are uploaded on Vimeo post-game.

In the West Australian Football League (WAFL) Women’s, the top three sides in Swan Districts, Peel Thunder and Claremont have all stood up as the teams to beat in the six-team competition, whilst the two Fremantle-based sides – East Fremantle and South Fremantle – and Subiaco are the three sides battling for the last finals spot. The top three face off against the bottom three this week with the South Fremantle Bulldogs searching for their first win in their short one-and-a-half year history hosting Claremont. On Saturday, the unbeaten Swans host East Fremantle Sharks, while Peel Thunder travels to Leederville Oval to take on Subiaco.

The WAFL Women’s has an abundance of talented youth who stand up at senior level, but a few names to keep an eye on include Western Australia’s MVP Ella Roberts who plies her trade as a forward for the Thunder, as well as her teammate Courtney Rowley, and Claremont key utility Amy Franklin. The latter two are both members of the AFL Women’s Academy, alongside Subiaco’s Charlotte Thomas. The Bulldogs have some exciting youth such as Lauren Wakfer and Makaela Tuhakaraina, whilst Swan Districts have a ton of future stars such as Tara Stribley and Jaime Henry. Each week one game is streamed free to the WAFL Women’s YouTube channel and via Facebook, with another via The West subscription.

These are the three main leagues that enable viewers to get easy access to the up-and-coming talent of women’s football, but also AFL Women’s players returning to the league. Down in Tasmania, the Tasmanian State League (TSL) Women’s unfortunately disbanded, with the new competition structure having the teams split into the Northern Tasmanian Football Association Women’s (NTFAW), North West Football League (NWFLW) and Southern Football League Women’s (SFLW). Clarence and Glenorchy (SFLW) and Launceston (NTFAW) are among the sides coming back from the TSLW.

New South Wales and Australian Capital Territory (NSW/ACT) have plenty of leagues spread around, with the AFL Sydney Women’s competition – featuring the impressive East Coast Eagles, Manly Warringah Wolves and Southern Power – the top league in the Harbour City. The Wolves feature AFL Women’s Academy member Jess Doyle who has slotted 16 goals in three games showing her future potential alongside GWS GIANTS’ Erin McKinnon. In the AFL Canberra, Queanbeyan Tigers and Belconnen Magpies are again enjoying strong seasons, with third placed Eastlake Demons a cut above the bottom three sides as well. All the top three sides have percentages over 500, with Allies’ MVP winner Cynthia Hamilton a key player for the Tigers.