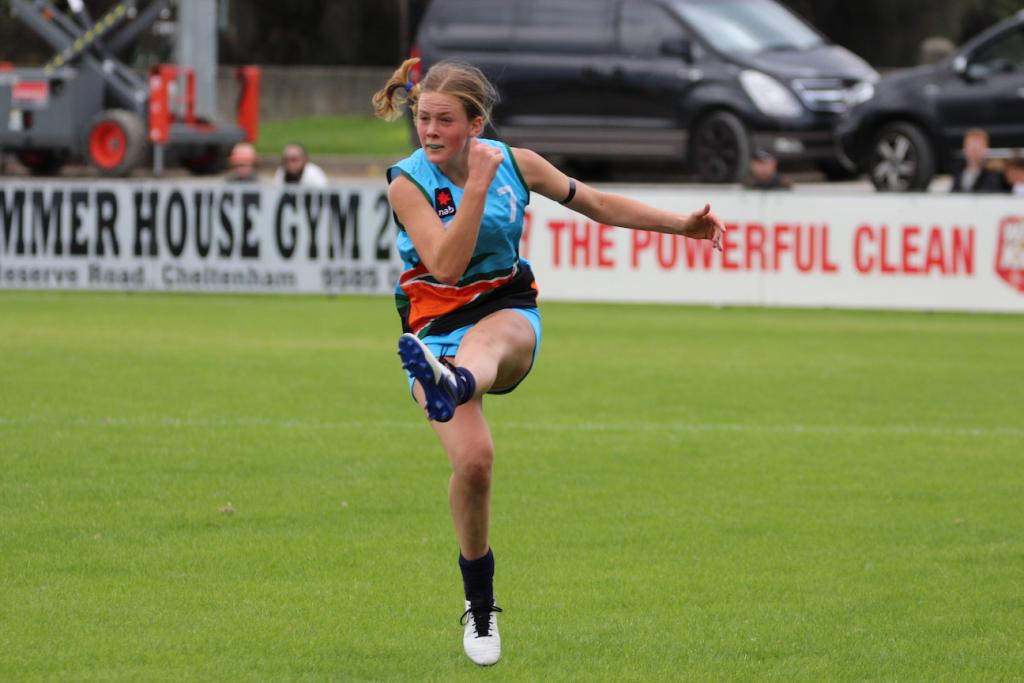 SYDNEY Swans Academy captain Jess Doyle did not take on the responsibility of leading the side out in its inaugural game in the NAB League Girls competition lightly, describing it as an “amazing opportunity”. The teenager was one of the talented teenagers who made history on the day by not only competing in the match, but coming away with the win in what was the Swans’ first ever NAB League Girls victory.

“It was a really good experience, being able to lead the first Sydney Swans team interstate against Geelong was an amazing opportunity and I’ll always be grateful for that,” Doyle said.

Having not played her entire life but instead taking it up when she became a teenager, Doyle has worked her way through club football to state level representation, and is one of the 20 players involved in the 2021 AFL Women’s National Academy.

“I started playing when I was 13 and I was at Pittwater Tigers, a little junior club back at home and then I moved to Manly Wolves where I’m playing at now as like a senior club,” Doyle said.

Upon looking at the AFL Women’s Academy experience, Doyle said during the middle of the championships that she was looking forward to the first group session at the end of the week – which included a training session at Punt Road under the watchful eye of coach Tarkyn Lockyer – having only been able to complete Zoom sessions prior given the COVID-19 pandemic restrictions.

“It’s been really good, we haven’t got together as a group yet we’ve just been doing Zoom calls, but at the end of this Allies camp we’re going into a big group of 20 of us and getting together,” she aid.

Being one of three states involved in the Allies program, Doyle said there were natural challenges when combining to create a team formed of not only NSW/ACT players, but also Northern Territory and Tasmanian ones as well. She said after a little while, the players naturally bonded, and it showed with the win in the second game over South Australia.

“It’s been really good,” Doyle said. “I think at the start a lot of us were really hesitant to become as a group but I think over the past days we’ve grown together as a group.”

In terms of her player profile, Doyle described herself as a competitive player who “always likes chasing the ball and winning a one-on-one contest”. When discussing what she was hoping to improve on, the Swans talent said she was eyeing off building her endurance and strength to make her a more well-rounded player.

Not short of inspirations, the North Melbourne fan said she had plenty of people – both players and relatives – from whom she drew inspiration from during her football career.

As for her future goal, it was no surprise to see the AFLW Academy member aspire to reach the elite level and perform with the best players across the country.

“My goal is to become an AFLW player, which is probably everyone’s goal, but I’m hoping to be that,” Doyle said.