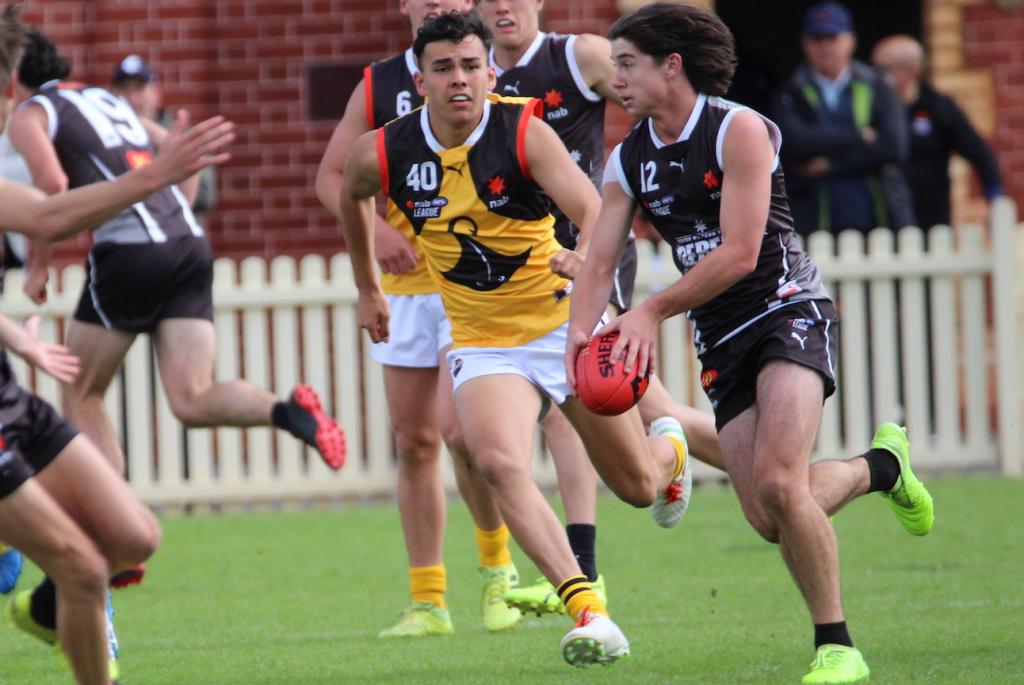 GREATER Western Victoria (GWV) Rebels midfielder Fraser Marris has taken out the 2021 Draft Central NAB League Boys Player of the Week for Round 4. In a week where there were plenty of enormous individual efforts to pick from, Marris won the nod from Northern Knights’ skipper Joel Trudgeon, following his standout performance against Eastern Ranges at Highgate Recreation Reserve.

Marris amassed a whopping 38 disposals – the second most of the round – as well as eight marks, five tackles, four inside 50s, four rebound 50s and a goal. The GWV Rebels small has eclipsed his previous week’s disposal count each time he has run out with disposal counts of 12, 22, 29 and 38 in the first four rounds, tipping him over the 100-disposal mark for the season.

Maris becomes the first 19-year-old prospect to be nominated for the NAB League Boys Player of the Week, and the second country player, following on from Dandenong Stingrays’ Connor Macdonald from Round 2.