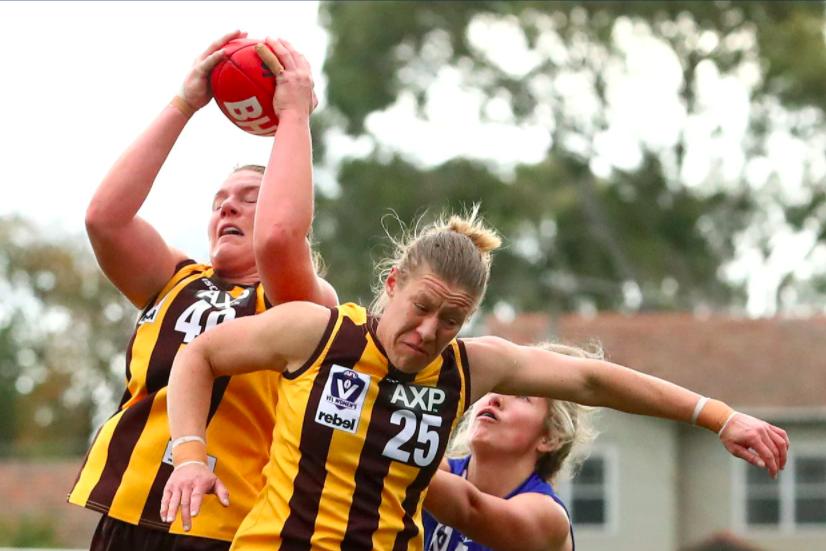 THE 2021 Victorian Football League (VFL) Women’s season rolled on into its 11th round over the weekend, with five fixtures played on Saturday and one on Sunday. There were a number of outstanding individual performances among the Round 11 action, as AFLW-listed talent and state league guns alike topped a range of key categories. We take a look at this week’s stat leaders, as well as the season tallies to this point.

Williamstown’s Lisa Steane lead the way with top position for disposals during the VFL Women’s Round 11, as the Seagulls drew with Darebin. In the same game, Falcon Jess Dal Pos’ effort of 15 tackles put her firmly as this week’s number one. Meanwhile, Mikala Cann from Collingwood is top ranked for handballs, as Meagan Kiely continued to go to work by foot with 19 kicks, and Imogen Barnett lead the goalkicking stakes with four. Kiely leads the league for total kicks, marks and disposals, making for dominant figures all-round.

Looking at the Southern Saints, Alexandra Hynes was this round’s leader for hitouts, earning 29 as her side went down to Geelong. However, Jorja Borg from Carlton still remains the season’s overall leader in that category. Hawthorn tall Tamara Luke was another to dominate the airways with seven marks for the Hawks, continuing her terrific form in brown and gold.

Find the full list of Round 11, and 2021 season stat leaders below.