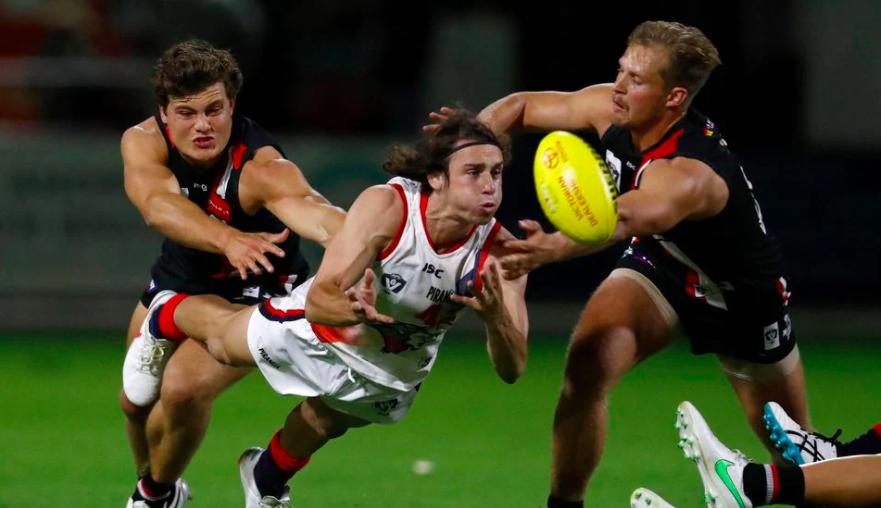 THE 2021 Victorian Football League (VFL) season rolled on into its fourth round over the weekend, with nine fixtures spread from Thursday night to Sunday afternoon, as four sides enjoyed byes. There were a number of outstanding individual performances among the Round 5 action, as AFL-listed talent and state league guns alike topped a range of key categories. We take a look at this week’s stat leaders, as well as the season tallies to this point.

Standalone state league guns dominated the stats sheet in Round 5, with brilliant ball winners and goalkicking aces finding their way to the top. Nathan Freeman not only leads the league for disposals and kicks overall, but also led those lists on the weekend as Frankston went down to Essendon. The former St Kilda and Collingwood midfielder distributed 27 kicks among his 43 disposals.

In the same game, senior-listed Essendon tall Nick Bryan won a monster 42 hitouts in his side’s win. Marcus Lentini continues to top the competition for handballs after racking up a monster 28, as Coburg toppled Port Melbourne. Meanwhile, teammate and fellow Northern Knights graduate Luke Bunker has snatched top spot in the tackle department after laying 12.

Elsewhere, Southport forward Mitch Johnson ripped through Aspley as his namesake did to England’s top order circa 2014, becoming the first VFL player to boot 10 goals this season. Also in Queensland, Brisbane rookie Carter Michael worked for a round-high 12 marks, which was matched by Sydney’s Lewis Taylor. Find the full list of Round 5, and 2021 season stat leaders below.