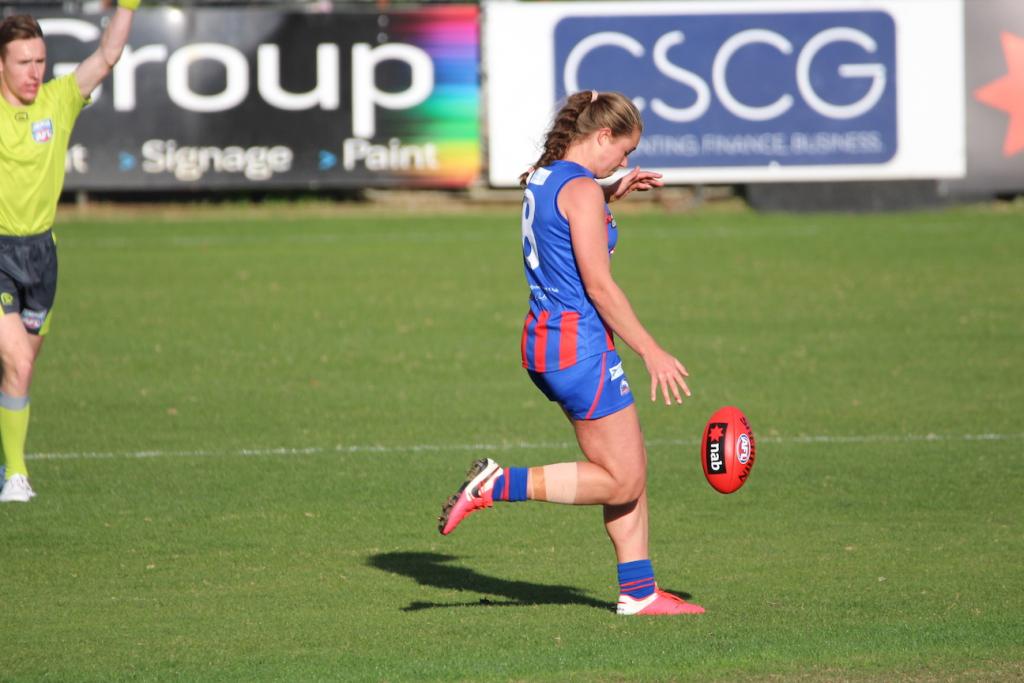 THE 2021 NAB League Girls season was completed on Sunday, with the Oakleigh Chargers crowned premiers after a powerhouse campaign. There were a number of outstanding individual performances in the grand final at Werribee, as players from both sides rose to the occasion. We take a look at this week’s stat leaders, as well as the final season tallies.

Best afield in the big dance, Amanda Ling, was the only player to tick up to 20 disposals on the day as she set Oakleigh on the front foot from midfield. Along with her game-high disposal tally, the zippy midfielder led the game for handballs with 12, distributing with excellent vision and efficiency to release her barnstorming teammates.

Among the teammates to benefit, Jasmine Fleming proved a clearance machine with seven, using her class and turn of speed to help Oakleigh break into attack quickly. On the end of those clearances, the bottom-ager also registered five inside 50s in another game-high. At the same end of the ground, Annie Lee proved rock-solid for Geelong. She managed a game-high six rebound 50s on the back of some long kick-ins and outstanding intercept play.

Usual suspects Tess Craven and Poppy Schaap also topped categories of their own for Geelong, with the former booting forward a high of 11 kicks, while the latter worked her wings off to lay 11 tackles. The Falcons pair set a good level of intensity for their side, as did Oakleigh captain Charlie Rowbottom. The AFLW Academy-listed star clunked four marks and proved pivotal with her strength around the ball, rotating through midfield from the forwardline.

Speaking of strength, Chargers ruck Kalarni Kearns won 27 hitouts for her side in a combative effort. Up forward, Stella Reid capped off a brilliant season with three goals, matched by opportunistic teammate Sarah Morley. It was the sixth-straight game that Reid managed to find the goals, as she became a reliable forward option in the latter half of the season.

Reid also finished top of a few charts in the overall count, leading the league for disposals and marks. Her Oakleigh teammate, Amanda Ling pipped Georgie Prespakis to lead the competition for handballs, with Greater Western Victoria (GWV) midfielder Lilli Condon notching the most kicks. Find the full and final list of grand final, and 2021 season stat leaders below.