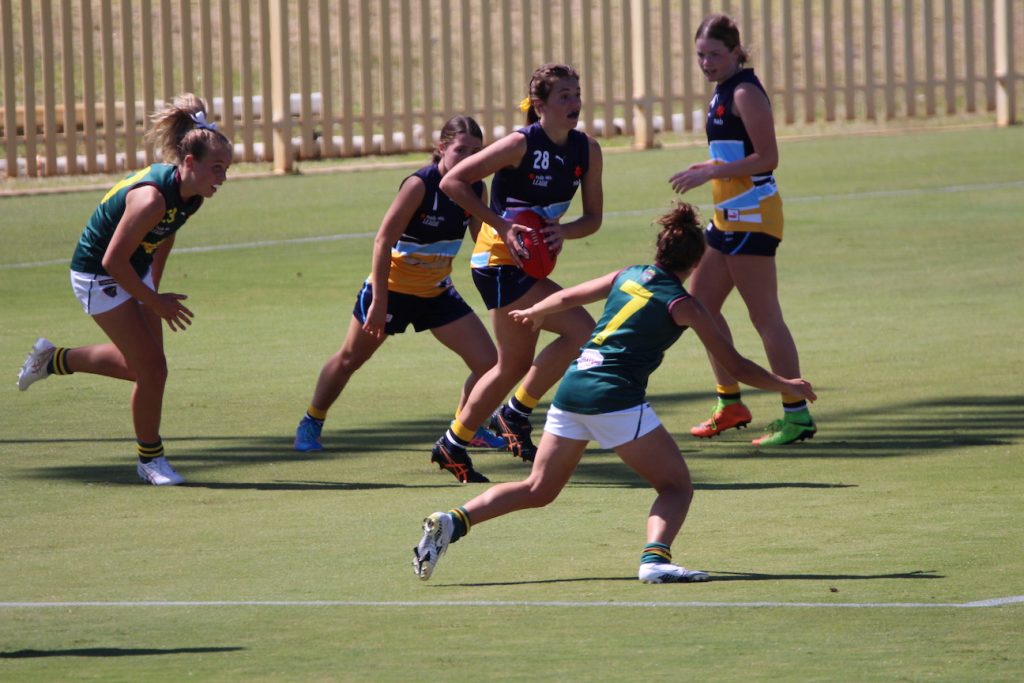 NEXT up in our NAB League Girls team review series, the Bendigo Pioneers had an opening round win before going down in seven straight losses, though not without plenty of competitive efforts.

Bendigo Pioneers started the season with a bang, defeating Murray Bushrangers to open their 2021 NAB League Girls account. From there, they suffered seven straight losses to close out the season, but had a number of chances including against finalists, Calder Cannons (lost by nine points) and Dandenong Stingrays (one), and the heartbreaking one-point loss to the previously winless Gippsland Power late in the season. The Pioneers had an incredible amount of youth at both an Under 17s and Under 16s level to give them plenty of experience for the coming years, while a number of their talented players represented Vic Country.

The Pioneers’ AFL Women’s Academy member had an up-and-down season due to concussion and injury, but still showed at her best she is not only one of the most talented players, but one of the most versatile as well. Capable of playing in defence, up forward or even through the midfield, Slender knows how to find the ball, can clunk marks and lay fierce tackles. With a high upside and plenty of room to slot into any role required of her, the Pioneers’ captain will be a highly sought-after talent ahead of the AFLW Draft.

Having come back as an over-ager, Snell put together a strong season through the midfield and up forward. She did only play the five NAB League Girls games due to Essendon VFL Women’s commitments, but she also impressed for Vic Country when getting the chance. Possessing some elite athletic traits and great defensive pressure, Snell is not afraid to step up to senior level in the VFLW and once the AFLW Under 19s Championships are over, expect her to return to the Bombers and be a key player in their strong midfield group.

Another over-ager who unfortunately missed games due to injury, Finning made it back to represent Vic Country, and then made her debut with Essendon a fortnight ago. Another one gunning for another chance for Country when they take on Queensland on the weekend, Finning is capable of playing in multiple roles, be it on the wing or half-back. She reads the ball well in flight and gets to the right spots, and lifted her ball-winning numbers early in the season.

A classy talent with great foot skills, Di Donato is a smaller version of Slender when looking at her versatility aspect. Di Donato can play back, forward or through the midfield and do them all well, having an impact for the Pioneers, and at AFLW Under 19s and Under 17s level. She reads the play well, has a penetrating kick and is clean at ground level, she is certainly the standout to watch for next season.

A reliable utility with some eye-catching traits, Williams can play at either end, but stood out in defence. She is strong overhead, good one-on-one and reads the ball in flight well, picking off high opposition kicks in. She can go forward and slot goals when required, which makes her a very handy utility and one who will be a tall to keep an eye on in 2022.

Unlike the other two, is a couple of seasons off from being draft-eligible, but was so noticeable on the wing with her ability to get to the right spots, slide her way out of tackles, then apply plenty of defensive pressure herself. Still a raw talent who has areas to build on, Keck will only benefit from her season at Under 19s level, and expect her to be a key midfielder next season in her Under 17s year.

Drew Ryan, Jayda Richardson and Scarlett Orritt were regular features for the Pioneers this season, as Keely Fullerton and Lily den Houting were also others who caught the eye. Injury derailed some of Maddy Marks‘ season, but the ruck still showed potential when out on the field.