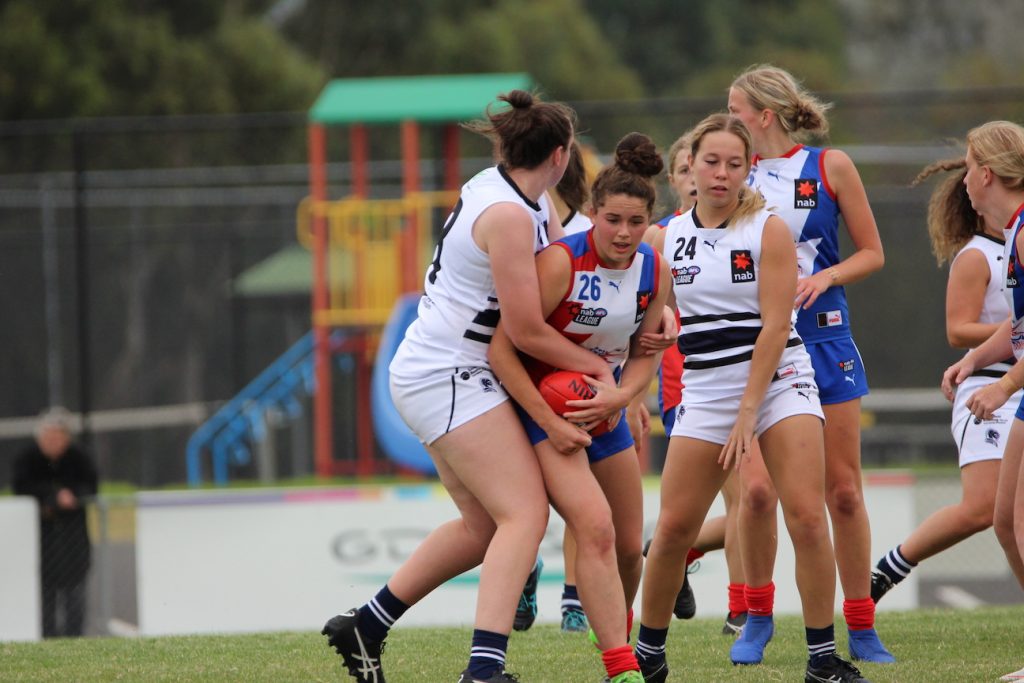 IN the first of our NAB League Girls review series, we take a look at the Gippsland Power, who finished the 2021 season by grabbing a victory in the penultimate round after a tough start to the season.

Gippsland Power were one of the youngest sides running around in the NAB League Girls competition this year, with plenty of younger talents earning chances in the side to help progress their football. As a result, the Power were largely inexperienced compared to opponents, and this showed on gameday. Despite the results not going their way early on, the Power did breakthrough for a memorable one-point win over Bendigo Pioneers during the AFL Women’s Under 19s Championships. On that day, the Power were without prime mover Grace McRae and Grace Matser, as well as the injured Sunday Brisbane among others, but managed to get the job done at Trevor Barker Oval. Whilst a heavy loss against eventual premiers Oakleigh Chargers was the final result, the Power unearthed a number of future draft-eligible talents in 2021.

Winning their best and fairest, Van Berkel was the ultimate utility. Often stationed in defence and capable of clunking intercept marks with ease, Van Berkel could go forward and become a leading target, and even chopped out in the ruck. Early in the season when Matser came off early in a match, Van Berkel had to ruck the majority of the game, and just provides a competitive effort for four quarters. Given her consistency throughout each game, it was little surprise that Van Berkel came away with the club’s best and fairest award.

The hard working inside midfielder was able to piece together a really solid season and earned Vic Country honours. Mostly burrowing herself in at stoppages alongside a host of younger teammates, McRae provided a ball-winning presence across the ground and someone who would push for four quarters. She was a team-oriented player who has already stepped up to VFL Women’s level with Hawthorn, even picking up 21 disposals at that level a fortnight ago to show she can handle it against senior bodies.

The Vic Country ruck came into the season as Gippsland’s top 18-year-old hopeful, and after an injury in Round 1 threatened to delay some games, Matser made it back to play all bar the Pioneers win which she missed due to Country commitments. Good at ground level and moving well around the ground, Matser has a high work rate to be able to provide an option and almost be that fourth midfielder to use the ball going forward. Still developing her contested marking, Matser still has another chance to impress for Country against Queensland on Sunday.

After starting the year in midfield, Williamson went back into defence and had some seriously impressive showings. Going head-to-head with potential top pick Georgie Prespakis against the Calder Cannons, and then looking at home for Vic Country in the Under 17s in defence, Williamson takes the game on and is not afraid to fend-off opponents at will. At times she can get herself into trouble, but when it pays off it is seriously eye-catching, and it is hard to forget her fend-off on Lily Sharp at Craigieburn to not even break stride in the process. Strong at the contest and able to penetrate by foot.

The clean and talented left footer really stepped up on the inside this year, being that first receiver more often than not, then looking to dance around or sidestep opponents to get the ball into space. Whilst she is still developing some of her football traits having been a latecomer to the code, Duursma certainly has some developing abilities, particularly when exiting a stoppage and going forward. A player who will be a leader next season for the Power in her draft-eligible year.

One of the big improvers in terms of her impact in games growing as the season went on, Molesworth went from being a solid contributor to being one of the best, and then really stepped up for Country at the AFLW Under 17 Championships. A fierce tackler who is able to win the ball and move it out, Molesworth can generally use the ball pretty well and is someone who has some eye-catching traits for next year.

Sunday Brisbane put out a consistent effort off half-back and along the wing for the Power, teaming up well in the defensive half with Alexei Guy-Toogood and Courtney Fletcher, while Indiana Makai and Macie Gilmour also played all eight games and were able to put out consistent efforts each week.