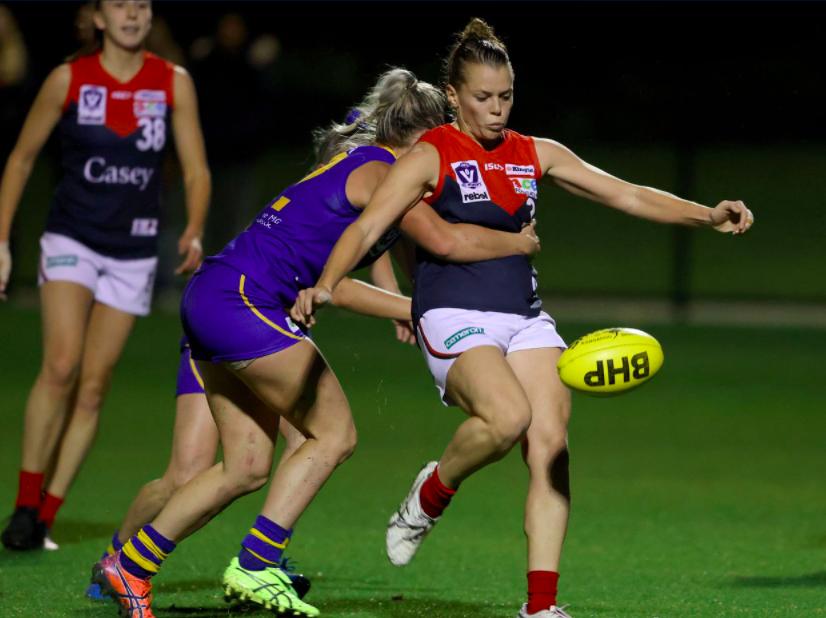 THE 2021 Victorian Football League (VFL) Women’s season rolled on into its tenth round over the weekend, with all six fixtures played on Saturday. There were a number of outstanding individual performances among the Round 10 action, as AFLW-listed talent and state league guns alike topped a range of key categories. We take a look at this week’s stat leaders, as well as the season tallies to this point.

A bunch of AFLW-listed talents headline the Round 10 stat leaders, starting with speedy Carlton youngster, Maddy Guerin. While her Blues went down to the Western Bulldogs, Guerin came out on top for disposals (32) and kicks (28) in a display typical of her running style. Geelong’s Renee Garing also claimed a round-high, dishing out 15 handballs among her 23 touches as the Cats defeated Essendon, jumping to second spot in the process.

Collingwood dominated North Melbourne in enemy territory on Saturday, with senior-listed forward Sophie Alexander booting two majors and clunking a high of nine marks. She shared that honour with North’s Meagan Kiely, who has proven dominant in 2021 and currently leads the league for overall disposals, kicks, and marks after 10 games – a mighty effort in a bottom six side.

While Alexander and nine other players snared two goals in Round 10, Maddison Gay stood alone atop the goalkicking charts with three as Casey downed Williamstown. Annalyse Lister laid 19 tackles for Darebin to be a standout in that category, while Tamara Luke enjoyed a day out for Hawthorn, with 37 hitouts among her impressive numbers all-round.

In terms of the season stat leaders, Casey pair Eliza West and Imogen Milford remain top of the handball and goalkicking charts respectively, with Kiely dominant across her three categories. Carlton tall Jorja Borg remains the number one hitout winner with an average of 23.1, while Geelong’s Tamara Smith now leads the competition for tackles having laid another 10 on Saturday, leading Port Melbourne’s Courteney Bromage by the slimmest of margins.

Find the full list of Round 10, and 2021 season stat leaders below.