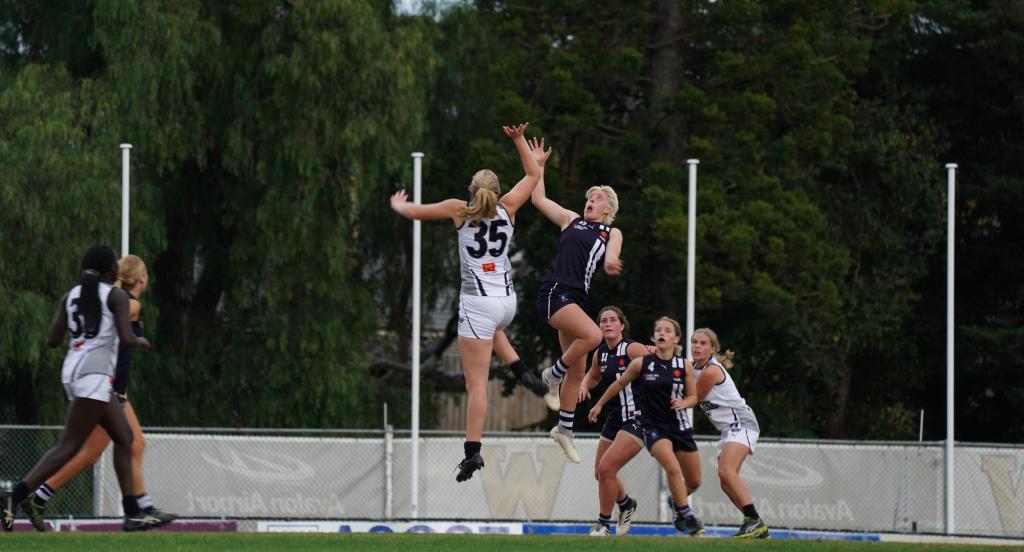 THE 2021 NAB League Girls finals roared on over the weekend, with the grand finalists confirmed in a Saturday double-header at Werribee. There were a number of outstanding individual performances among the preliminary finals action, as players rose to the occasion. We take a look at this week’s stat leaders, as well as the season tallies to this point.

Finals MVP contenders were among those to top the stats sheet across two entertaining preliminary finals, with a good spread across all four teams in action. Geelong Falcons midfielder Tess Craven showed just why she is her side’s prime mover, notching a round-high 24 disposals to help lead her region into this week’s decider. Among those 24 touches, 20 were delivered by foot – another high for the weekend.

Craven shared top disposal honours with gun Eastern Ranges bottom-ager Mia Busch, who also registered seven marks. A rebound machine, Busch proved difficult to pass in the Ranges’ defence, before shifting into the midfield in an attempt to provide some much-needed drive. Busch’s exploits this season have her pegged as an exciting prospect for next year’s draft.

Among the other stat leaders, Oakleigh Chargers midfielder Jasmine Fleming dished out 11 handballs in her side’s win over Eastern, while Greater Western Victoria (GWV) Rebels pair Tahlia Meier (five inside 50s) and Molly Walton (six rebound 50s) were able to penetrate the arcs more than anyone else at respective ends of the ground. Teammate Kalani Scoullar also dominated the ruck, winning a monster 37 hitouts to also top the season charts. It was no surprise to see Ash Van Loon lay the most tackles too, with another 11 this time out.

A quartet of goalkickers were able to come away with multiples, in Oakleigh’s Eliza James and Stella Reid, GWV’s Paige Scott, and Geelong’s Renee Tierney. While Scott and Tierney are powerful types who can win games off their own boot, James and Reid have become increasingly accustomed to forward roles of late, but can also roll further afield. Tierney needs five goals in the grand final to tie Alyssia Pisano atop the overall goalkicking count.

Find the full list of elimination finals, and 2021 season stat leaders below.