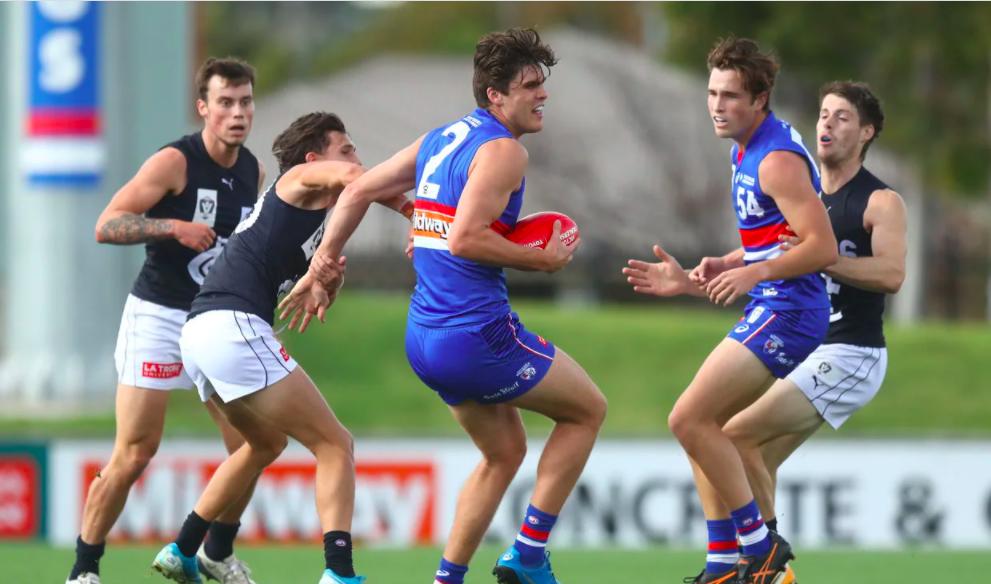 THE 2021 Victorian Football League (VFL) season rolled on into its fourth round over the weekend, with six fixtures spread from Thursday night to Sunday afternoon, as 10 sides enjoyed byes. There were a number of outstanding individual performances among the Round 4 action, as AFL-listed talent and state league guns alike topped a range of key categories. We take a look at this week’s stat leaders, as well as the season tallies to this point.

Nathan Freeman‘s sensational start to season 2021 continued in Round 4, as the former Collingwood and St Kilda midfielder gathered a round-high 44 disposals in Frankston’s loss to Williamstown on Saturday afternoon. With his latest impressive array of numbers, Freeman boosted his competition-high season averages for disposals (40.5) and kicks (25.3), clearly enjoying a clean run at state league level.

First year midfielder Finlay Macrae helped Collingwood hold on to beat Coburg earlier on the same afternoon, with the classy prospect registering a high of 24 handballs. For the Lions, Luke Bunker got his hands dirty with 11 tackles, bringing him up to second on the overall leaderboard with an average of 10.7 per game.

Elsewhere, North Melbourne’s Harry Jones distributed 28 kicks to top the league in Round 4, as senior-listed Bulldog Lewis Young reeled in a monster 17 marks, Josh Jenkins dominated the Northern Bullants with seven goals, and former AFL bigman Matthew Lobbe knocked down 36 hitouts for Werribee in the Tigers’ win over Box Hill.

While Freeman’s hold on the overall disposal and kick count remains, Jacob Dawson leads the handball stakes with an average of 19.3. Carlton’s Ben Crocker has entered the fray as he pushes for mid-season draft contention, now topping the goalkicking charts along side Matthew Hammelmann with 16, and clunking the most marks (9.8 per game).

It is no surprise to see tackle machine Dominic Brew head that department after four rounds, despite not holding the league’s best average, while Hawks tall Ned Reeves still holds a lead in the hitouts after suffering an injury in his Saturday outing. He still won 11 hitouts on the day to average 32.5.

Find the full list of Round 4, and 2021 season stat leaders below.