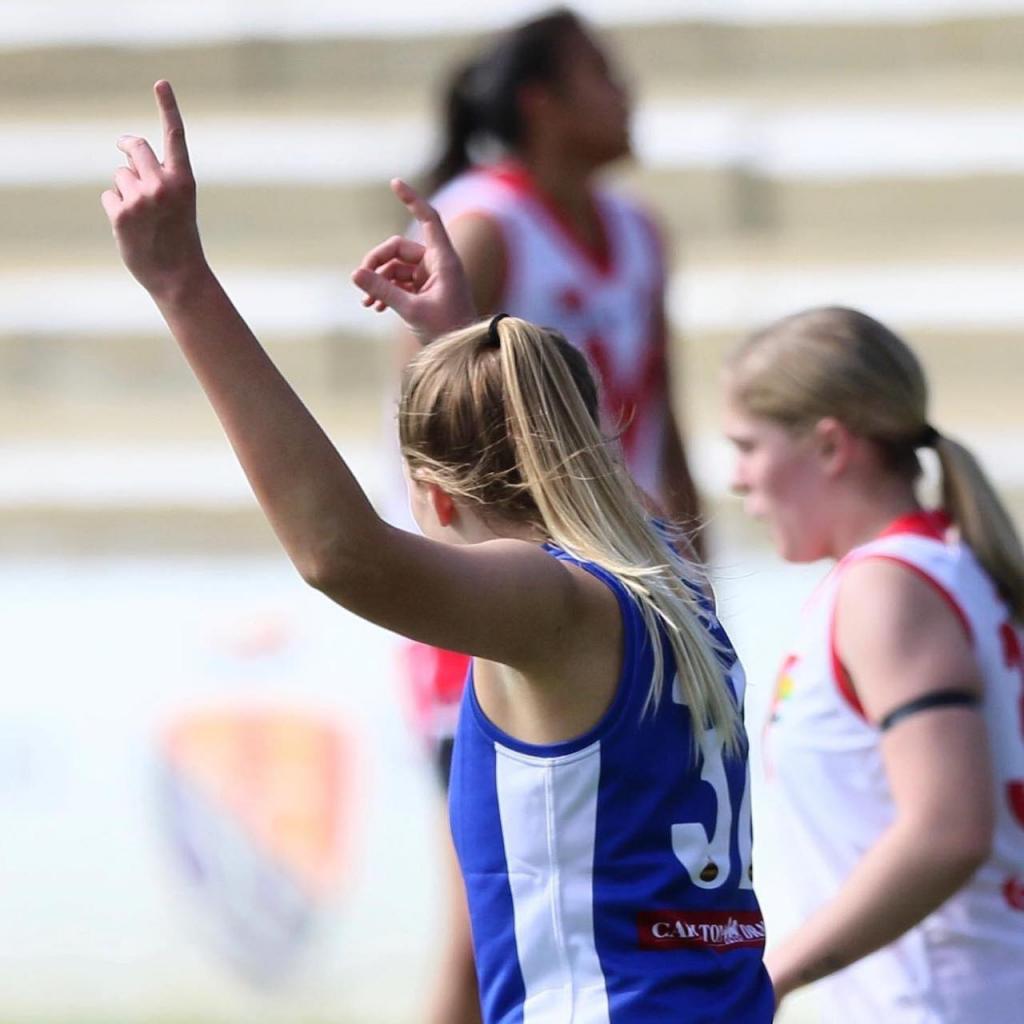 The game was contested for the first three quarters, with East Fremantle’s Stephanie Sparke opening the game’s scoring by converting her set shot. The game spent plenty of time in the forward half for the Sharks, but they could not capitalise on the scoreboard. The first three quarters saw the Sharks unable to break away from their opponents as they rued their poor scoring accuracy, which potentially cost them a massive percentage booster.

The Bulldogs were kept quiet in the first quarter, not registering a score, but came to life in the second term, booting two goals to none thanks to their fast ball movement. This resulted in goals to Zoe Huggett and Holly Denholm. The Sharks gave themselves plenty of opportunities to answer these scores, but inaccuracy saw them trail for a large period of the game. Heading into the final term, the Sharks trailed by one point, and it looked like a tense final quarter was ahead, but this was not to be the case. The Sharks booted four goals to none in the final term as they ran riot against their opponents. The Bulldogs could not get their hands on the ball as the Sharks constantly peppered the goals, tormenting their opponents. The final margin ended up as a four goal win for the Sharks as they edged their way to the top five.

For the Sharks, Gabrielle O’Sullivan was an excellent performer, using her explosiveness through the midfield to be her side’s best for the day. The midfielder was fantastic around the ground, constantly sharking the ball at stoppages as she shrugged off plenty of tackles to push the ball forward for her team. Teammate Kahra Sprylan also impressed, while Roisin Walsh booted two goals. For the Bulldogs, Mim Strom impressed, particularly in the first three quarters when her side was firmly in the contest.

Around the grounds and Swan Districts remain undefeated, after triumphing over the second-placed Peel Thunder by just one point in a thriller at Steel Blue Oval on Sunday afternoon. Swan Districts took a 20 point lead into the final term, and the Thunder comeback fell agonisingly short. Bianca Webb and Dana East were the best for Swan Districts while Tara Stribley kicked a pair of handy goals. For the Thunder, Sabreena Duffy and Chloe Wrigley were the standouts while Kate Bartlett booted four goals.

The final game of the round saw Subiaco emerge victorious from their clash with Claremont at Revo Fitness Stadium on Sunday afternoon. It was a big upset in the context of the season, as Subiaco closed the gap between them and Claremont in an attempt to climb up the ladder. For the winners, Hayley Miller booted three snags, while Claire Ortlepp was fantastic. For Claremont, Matilda Sergeant impressed.