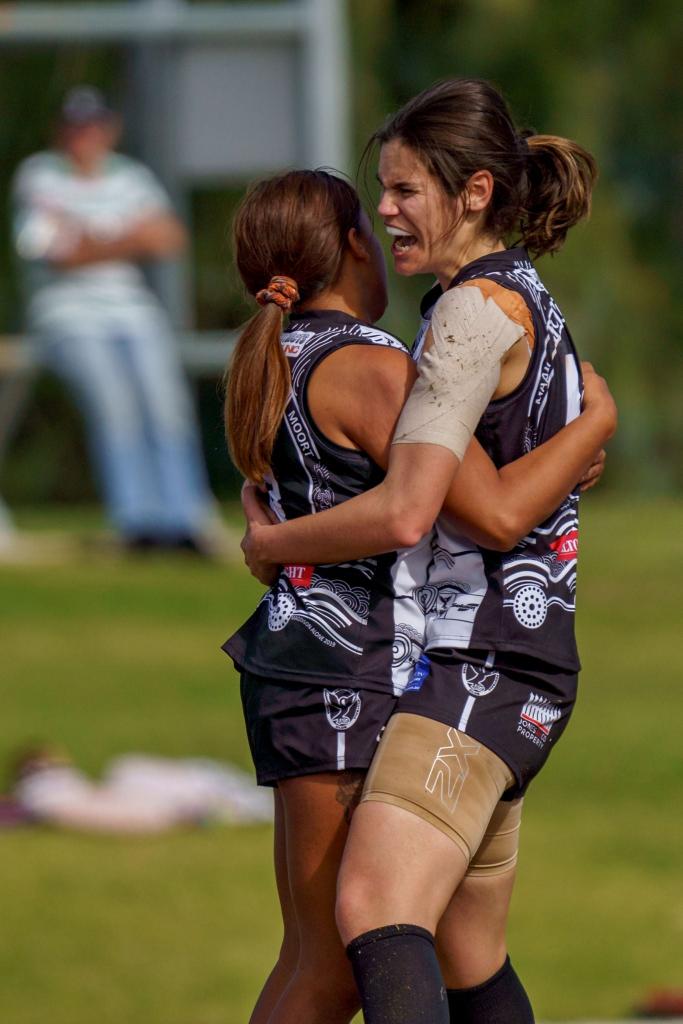 ROUND 11 of the Western Australia Football League Women’s (WAFLW) is set to deliver one of the most exciting games of the season as second-placed Peel Thunder is set to take on the undefeated Swan Districts in a top of the table clash on Sunday afternoon. The matchup has been highly anticipated all week, with plenty at stake for both sides. Swan Districts have continued to display their class on a weekly basis, while Peel Thunder have executed a terrific rise to prove themselves as a legitimate contender to dethrone their opponent in the near future.

Swan Districts coach Adam Dancey said the club’s preparation heading into the game will not be majorly adjusted despite the hype around the match and referenced the club’s narrow win over Subiaco as an example that any team can win or lose at any time.

“Our preparation has been pretty normal,” Dancey said. “Subiaco showed us two weeks ago if we give people an opportunity, they’re going to take that, and we’ve got to be at our best at all times. “We discuss who we are playing but that’s all it is, a discussion.”

Swan Districts made WAFLW history last week, becoming the first team to win nine consecutive games since the inception of the league in 2018. It is an amazing feat and one could be forgiven for getting ahead of themselves in this situation, but Dancey has thanked a popular book for keeping his players in reality for the entire season. Dancey has had a fantastic influence on the club since arriving and credits changing his mindset.

“The Resilience Project changed the way I thought about my coaching significantly,” Dancey said. “We’ve taken the principals from that book and rolled it into our footy, this is how we want to enjoy our life and our footy, to be grateful for the opportunity. “We asked a lot of the girls to read the book and a lot of them came back, and they came back with different attitudes.”

Sides all over the league are improving their team lineups heading into round 11, with the conclusion of the AFLW season resulting in an influx of players. Dancey described the difficulties of managing having an excess of performing players.

“The biggest challenge is managing the personnel, to go to a player to tell them they are going to miss because of the talent coming back from the AFLW,” Dancey said. “It’s a tough conversation to have. “We said early on that as a coaching group, we are going to do our best to pick the best 22, and if you’re in that, enjoy it, if you’re not, come and see us for feedback. “Be grateful you are apart of the club, and that you have an opportunity to improve. “To the girls credit, they have.”

Around the grounds, Subiaco will travel to Revo Fitness Stadium to take on Claremont on Sunday morning. In the Mother’s Day clash, Claremont will look to bounce back from their loss to Swan District, and keep themselves in contention, as they sit one win behind Peel Thunder for second place. Subiaco sit one spot below their opponent, but with three less wins, so a victory here would keep them in the hunt.

The final match of the round features a cross town clash, as South Fremantle host East Fremantle at Fremantle Community Bank Oval, in a crucial clash for the bottom two sides. South Fremantle remain winless after nine games, and will be looking at this match as an opportunity to break the drought. Meanwhile, East Fremantle have found themselves on a four-game losing streak, to end up with a 2-7 record, but only one win out of the top four. With plenty on the line for both teams, expect a ferocious contest.