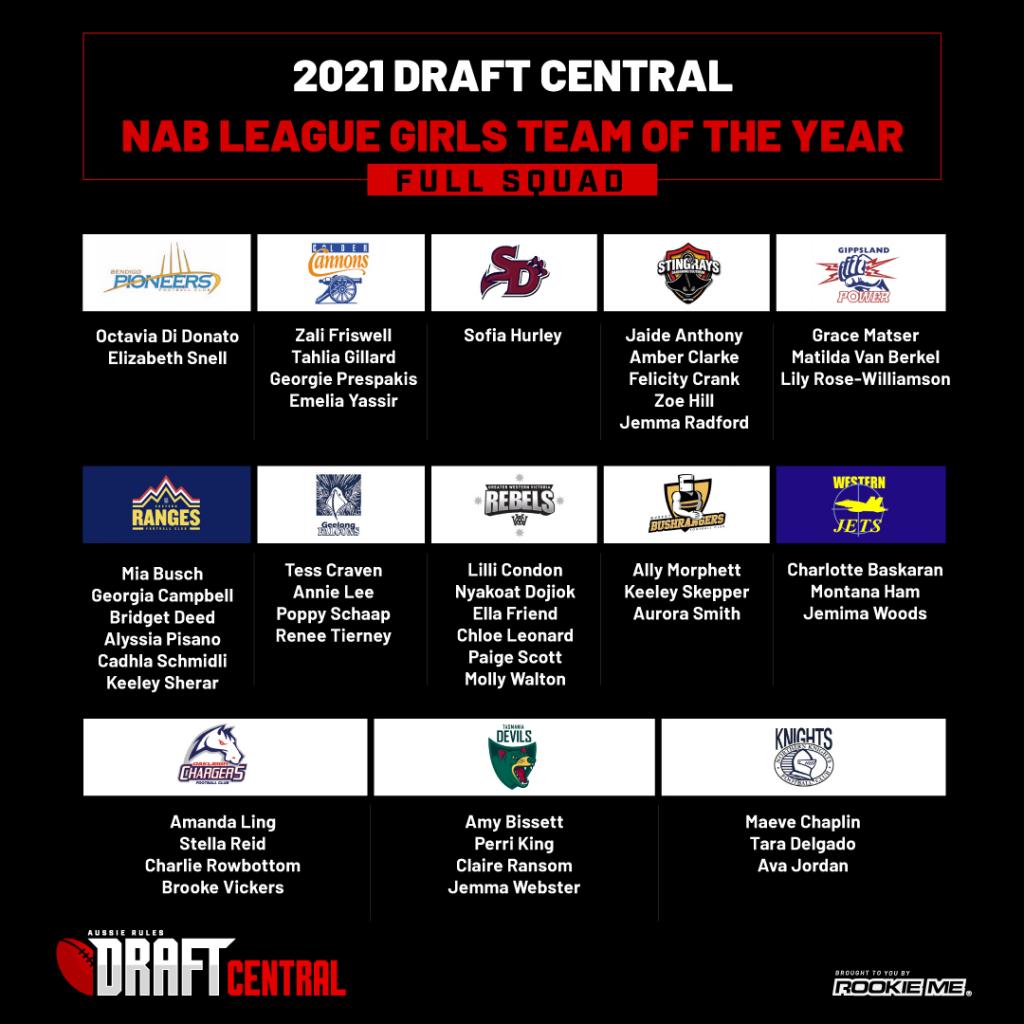 From here the 48-player squad will be divided up into two teams – the Draft Central NAB League Girls Team of the Year and the Second Team of the Year, recognising the efforts of the most consistent performers in 2021. The players with the most nominations will earn the captaincy and vice-captaincy for the Team of the Year, with the team to be released line-by-line on social media.

Of the team-by-team nominations, finalists Eastern Ranges and Greater Western Victoria (GWV) Rebels have the most with six players, ahead of fellow finalists, Dandenong Stingrays (five). Four of the remaining five finalists had the four representatives with Oakleigh Chargers, Geelong Falcons, Calder Cannons and Tasmania Devils having a quartet of players in the squad. Northern Knights had the three as the other finalist, while Murray Bushrangers, Gippsland Power and Western Jets had the three players. Bendigo Pioneers (two) and Sandringham Dragons (one) had the least representatives, mostly due to injuries or absences to key players – such as Tara Slender and Bridie Hipwell – at different points during the season.

In terms of constructing the Team of the Year, those players with four or more Team of the Week nominations will automatically make the side. With 16 players having received four or more nominations, they will be the centrepieces in the side, and the remaining eight players chosen from the other 32 available players. Those not selected in the Draft Central NAB League Girls Team of the Year will be in the Second Team.

Of the 48 players, 33 are eligible for the draft, in their 18th or 19th year this season, with a further 13 eligible for the draft next year and remarkably, two players – Alyssia Pisano and Ava Jordan – not eligible until the 2023 AFL Women’s Draft. There was also a minimum five-game limit for players to make the squad, with the likes of Emily Shepherd just missing out due to injury having played just the four games (prior to finals).