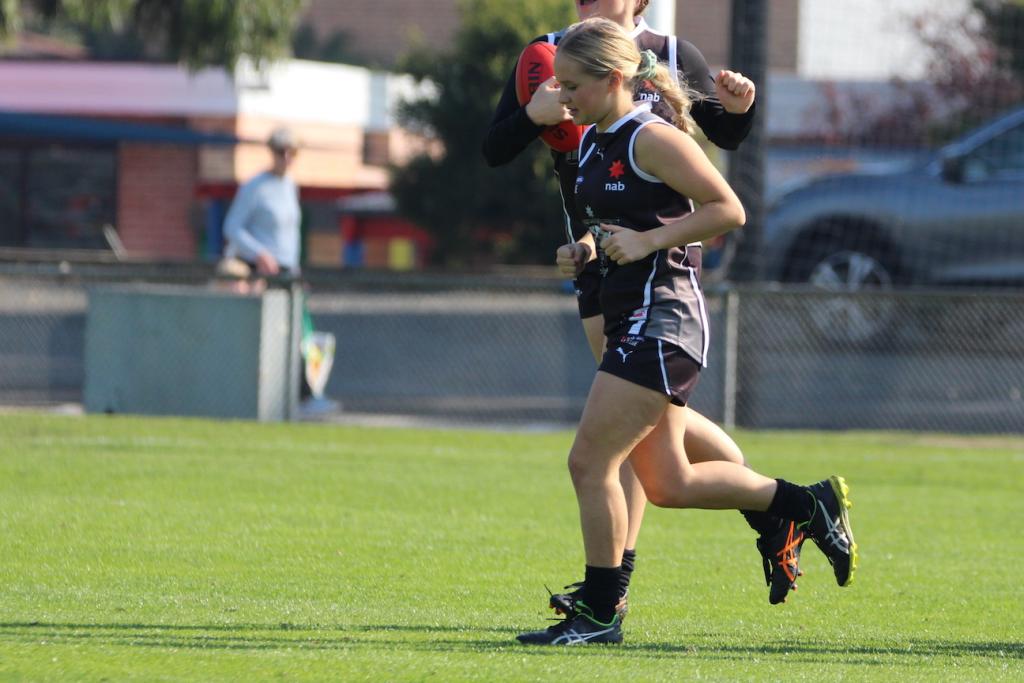 THE 2021 NAB League Girls finals series commenced over the weekend, with the premiership contenders now narrowed down to four teams. There were a number of outstanding individual performances among the elimination finals action, as players rose to the occasion. We take a look at this week’s stat leaders, as well as the season tallies to this point.

A pair of Greater Western Victoria (GWV) guns headlined the stats sheet in the first week of finals, with game winners Lilli Condon and Paige Scott topping two categories each. Condon was one who stood up when the game was on the line, helping her side upset Tasmania with a round-high 30 disposals. 25 of those touches were delivered by foot, another round-high. Meanwhile, the powerful Scott got to work up forward with all four of the Rebels’ goals, as well as nine marks in a game-changing effort.

Despite bowing out of the finals race, the Calder Cannons enjoyed an enthralling midfield battle with Oakleigh Chargers on Saturday morning. Skipper and number one pick contender Georgie Prespakis showcased her two-way relevance, laying 13 tackles in an attempt to lift her side. She was supported well by Zali Friswell in the engine room, who had a competition-high six inside 50s, while key defender Kasey Lennox booted eight rebound 50s in one of her best outings for the season.

Friswell shared the inside 50s lead with a couple of Geelong Falcons prospects in Meg Courtney and Charlotte Simpson. Their teammate, Poppy Schaap dished out the most handballs with 12 as the Falcons progressed, while athletic Eastern Ranges tall Georgia Campbell came out on top in the hitouts department with 23 as her team toppled Northern.

Find the full list of elimination finals, and 2021 season stat leaders below.