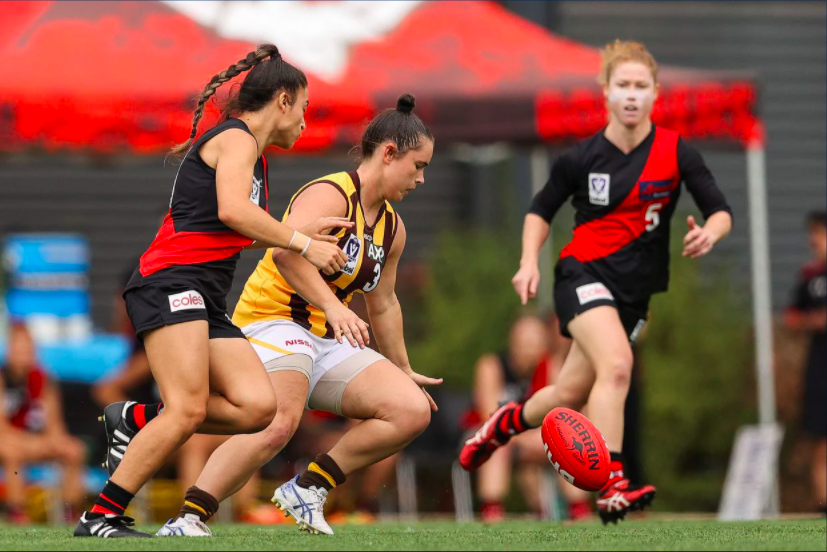 A HEAP of young prospects continue to filter through the Victorian Football League (VFL) Women’s competition, with the revamped structure allowing Under 18 and 19 NAB League players to align with state league sides as both seasons run concurrently. While the NAB League finals commenced, Round 9 saw plenty of young talent scattered across each state league side. We take a look at how VFLW-listed players who currently compete in or have recently graduated from the NAB League, performed.

Not only did Port Melbourne return to the winners list this past weekend, but Sophie Locke also returned to the scoresheet with 1.2 from 14 touches against Darebin, in what was her second game back. Recently delisted Richmond forward Emily Harley showed her worth with a bag of four goals, as fellow former AFLW players Cleo Saxon-Jones and Bridie Kennedy both contributed six disposals in the win.

The Casey Demons were also big winners on Saturday, with tall Bridie Winbanks playing an important role. She managed 29 hitouts, while Emma Horne seeing the ball six times throughout. In North’s blue and white, Jayde Hamilton returned to the fold after representing the Allies and GWS Academy, while Ciara Fitzgerald had eight touches and laid two tackles.

A hardened Collingwood side trounced Williamstown in Saturday’s final fixture, but it was the Seagulls who fielded the more NAB League graduates. Among them, tall talent Tahlia Merrett (seven disposals, three tackles, eight hitouts) was named her side’s best, while midfielder Ruby Tripodi also featured in the votes for her eight disposals and 10 tackles.

Sunday’s standalone fixture saw the Southern Saints get past Hawthorn, with the Hawks fielding a debutant in the fighting loss. Gippsland Power product and Vic Country representative Grace McRae was the player in question, managing 11 disposals and five tackles. Chloe O’Malley (11 disposals, five tackles, one goal) was also impressive in the brown and gold, as Jenna Richardson and Maddi Shaw also featured. For the Saints, Gabriella De Angelis, Amelia Peck, and Grace Hodder all turned out once again.