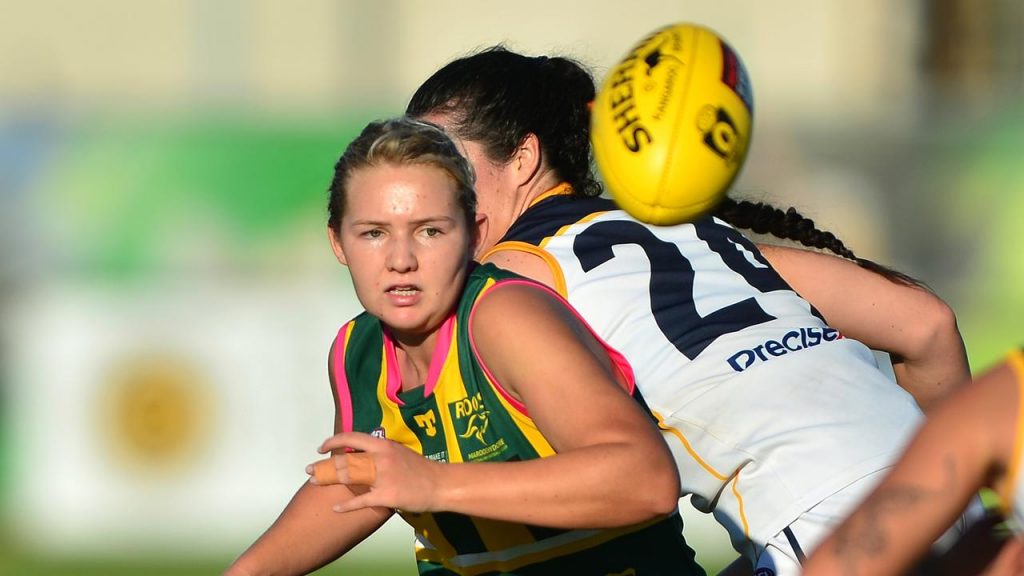 YOU couldn’t watch Maroochydore’s Round 7 QAFL Women’s match against Aspley and not be amazed by Bella Smith.

From the very first bounce, the hard running midfielder was in everything. From a brutal don’t argue, to a goal saving tackle, the first quarter belonged to Smith, and she didn’t slow down from there. Her spread from a stoppage was excellent as she worked to provide an option for teammates whenever she didn’t have the ball in her hands (which wasn’t too often). She displayed a quality that catches the eye; the ability to grab a game by the collar and make it her own. It’s a talent not seen too often, and one that is likely worrying her Coorparoo opponents ahead of this weekend’s matchup.

Smith is simply a midfielder who does it all. She hunts the footy, she tackles, she runs hard and most importantly, she plays to her strengths. Not a noted goalkicker, Smith often puts in the hard yards getting the ball into the hands of the forwards, allowing them to take the shots. A memorable moment from the first quarter saw Smith spread from the stoppage, receive the ball, then proceed to conjure a Dustin Martin-like fend off that put her opponent the ground. It was a moment that drew a collective gasp from the crowd, as Smith then dished the ball inside 50 to set up a shot on goal for her teammates. It was reflective of her entire day, strength, hard work and a little bit of magic.

She will be a hard player for Coorparoo to contain, simply due to how hard she works from contest to contest. Her coverage of the ground was unmatched by any other midfielder in the Round 7 contest. She works remarkably hard to receive the ball, and when she gets it, her strength and smarts make her quite difficult to tackle. She shrugged off opponents on plenty of occasions, and she always keeps her arms free.

By the time the second quarter rolled around, Aspley midfielders were very cautious of Smith’s ability to impact the stoppage, resulting in Smith having a shot on goal after a holding free went her way. While the attempt unluckily hit the inside of the post, it was a testament to Smith’s ability to make other players worry too much about her and not enough about the ball.

The only visible flaw in her came was her own aerobic undoing, as she looked tired at times, but this was only due to the fact that she had worked so hard previously. Still, when the ball was in dispute, she found another gear and was able to work hard and get to the contest to provide another number for her side. If she continues to put in performances such as the one she displayed in Round 7, it will continue to prove difficult for opposing players to minimise her impact on the game. Not only does she find plenty of the ball, she also damages the other team when she uses it. In the third quarter, she found the ball on the wing and then broke the game open with an excellent inboard kick that found a teammate on the run.

Maroochydore have a star on their hands here with Smith. In Round 7, she affected the contest more than any other player on the ground and was clearly best on ground. This looked like the emergence of a star, and if she can do it again against Coorparoo, she will have established herself as one of the premier midfielders of the competition.