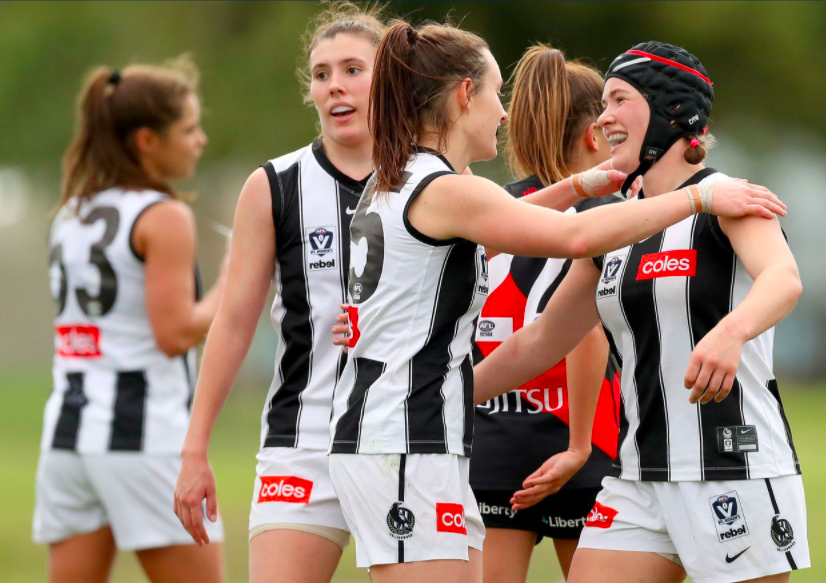 THE 2021 Victorian Football League (VFL) Women’s season rolled on into its eighth round over the weekend, with six fixtures spread from Friday night to Sunday afternoon. There were a number of outstanding individual performances among the Round 8 action, as AFLW-listed talent and state league guns alike topped a range of key categories. We take a look at this week’s stat leaders, as well as the season tallies to this point.

North Melbourne’s thumping 41-point win over Carlton saw a bunch of ‘Roos hop to the top of the charts across multiple categories. Heading the disposals and kicks for Round 8 was Sarah Skinner, who delivered 20 of her 32 total touches by foot. First year AFLW Kangaroo Isabella Eddey also got in on the act, flicking a round-high 15 handballs, while developing tall Brooke Brown clunked a competition-best, nine marks.

Skinner was matched by 2020 St Kilda draftee Alice Burke on 20 kicks, with the father-daughter coup producing some terrific form in the VFLW of late. She was one of the Saints’ better players as they went down to Western Bulldogs on Friday night. While Burke and Skinner returned dominant performances, so did Marla Neal of Collingwood. She was just shy of a couple more round-highs, but did top the tackle charts with 14 alongside Port Melbourne’s Courteney Bromage.

A quartet of goalkickers bagged trios of goals with three of them being AFLW-listed players. Young key forwards Alyssa Bannan and Olivia Barber got on the board in Casey and Geelong’s respective wins, as Sabrina Frederick snared three of the Borough’s four majors as they went down to Bannan’s Demons. Elsewhere, Carlton’s Jorja Borg shot to the top of the season hitouts tally with 34 this week, though her side could not take toll in a heavy loss to North.

Find the full list of Round 8, and 2021 season stat leaders below.