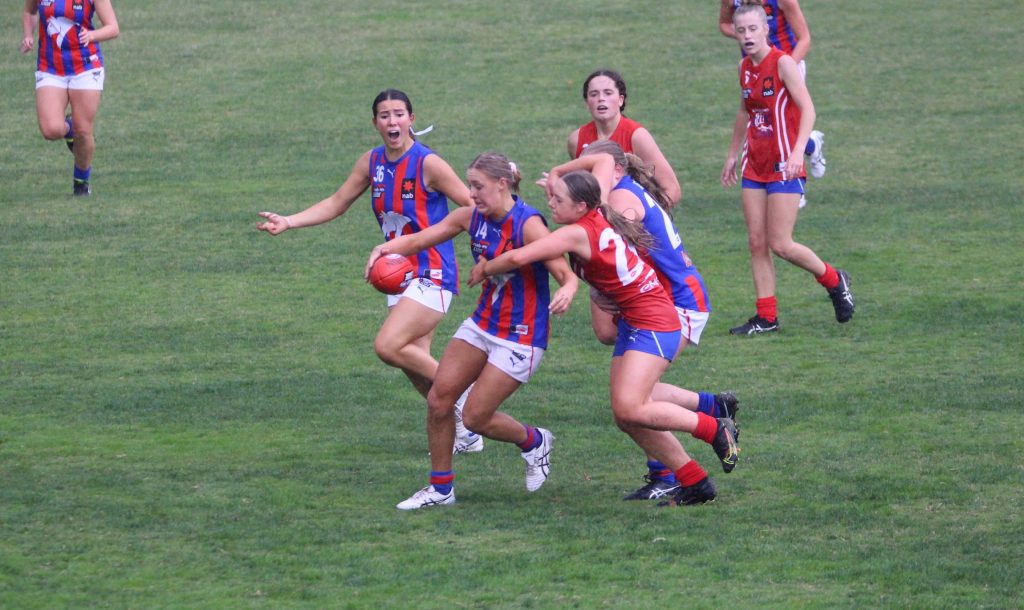 THE 2021 NAB League Girls season rolled on into its final home-and-away round over the weekend, with six of the seven fixtures played on Saturday. There were a number of outstanding individual performances among the Round 9 action, as competition resumed on the eve of finals. We take a look at this week’s stat leaders, as well as the season tallies to this point.

After thumping the Bendigo Pioneers by 46 points on Saturday afternoon, the Western Jets had representation atop four key statistical areas. Charlotte Baskaran, who leads the competition for disposals overall, notched 31 this time around in another stellar performance. Fellow bottom-ager Montana Ham showed her aerial ability with a round-high seven marks, as ruck Krystal Russell also dominated the airways with 30 hitouts. Up forward, Caitlin Sargent booted four goals – including three in a commanding first half.

In the same game, Bendigo’s Drew Ryan was kept busy down back and it showed as she ticked up to seven rebound 50s. Northern’s Tannah Hurst matched that effort in the Knights’ win over Dandenong, as Murray bottom-ager Keeley Skepper proved productive further afield with a whopping 13 inside 50s on that trusty left foot.

Having cut her teeth at VFLW level with the Western Bulldogs, Lilli Condon returned for GWV and racked up 27 kicks in her side’s loss to Tasmania. On the Devils’ side, midfield jet Perri King showed her two-way work rate to lay 13 tackles as the Tasmanians locked up top spot in the country pool.

Find the full list of Round 9, and 2021 season stat leaders below.