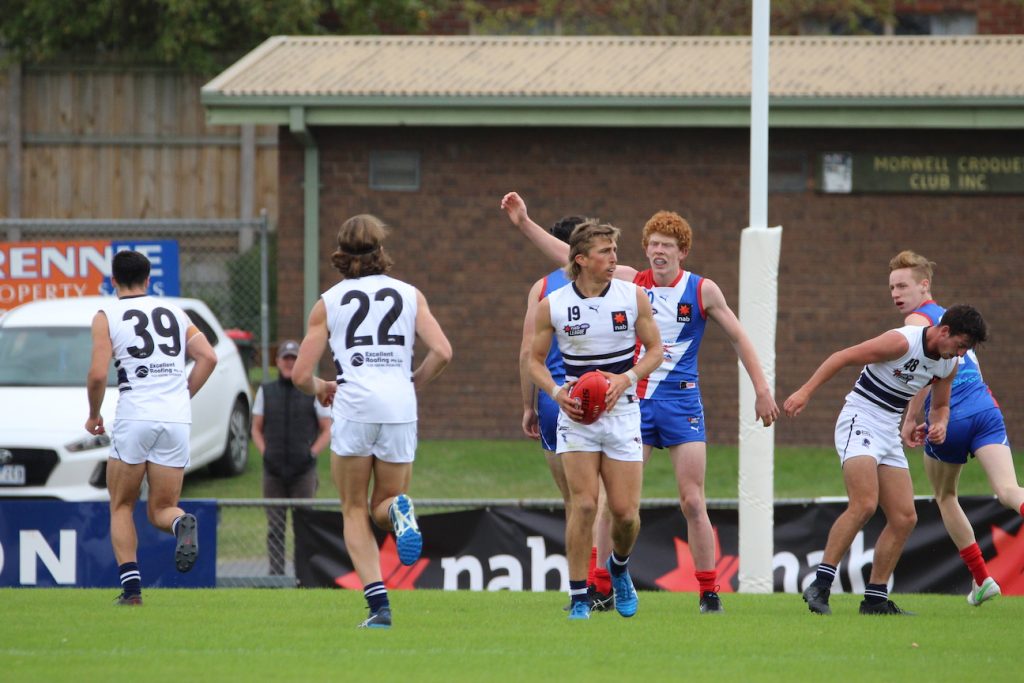 THE 2021 NAB League season rolled on into its third round over the weekend, with six fixtures split evenly across Saturday and Sunday. There were a number of outstanding individual performances among the Round 3 action, as serious draft contenders and prospects on the rise topped a range of key categories. We take a look at this week’s stat leaders.

It was no surprise to see Oakleigh Chargers standout Nick Daicos enjoy another blinder, but the Collingwood father-son talent keeps on reaching new heights. Daicos racked up a season-high 40 disposals as his side thumped the Western Jets by 46 points on Sunday, with his 27 kicks and 11 inside 50s also registering as highs for the round. It is becoming increasingly difficult to deny him of number one status in the draft pool, with South Australian Jason Horne his lone genuine competitor at this early stage.

In the same game, a bunch of Jets were kept busy by the Chargers’ dominance. Top-age talent Cody Raak continued his brilliant early-season form with 10 rebound 50s, which should see him earn a VFL berth in short time. Co-captains Billy Cootee (11 marks) and Nash Reynolds (10 tackles) led from the front in Western’s loss, staking their own claims as players to watch going forward.

Northern skipper Joel Trudgeon was one of the many Knights to have a day out against Gippsland, with his efforts seeing him top the handball and goal charts. He shared both those honours with teammates, as Josh Ward also racked up 19 handballs and Ned Long was the other Knight to kick three majors, along with Greater Western Victoria’s Ben Kellett.

Elsewhere, another 19th-year prospect in Will Bravo laid 10 tackles to be level with Western’s Reynolds in that category, while Eastern Ranges tall Jack Diedrich was dominant in the hitout department with 32 against Tasmania, putting him ahead of a very strong list of rucks this week.

Find the full list of Round 3’s stat leaders below.