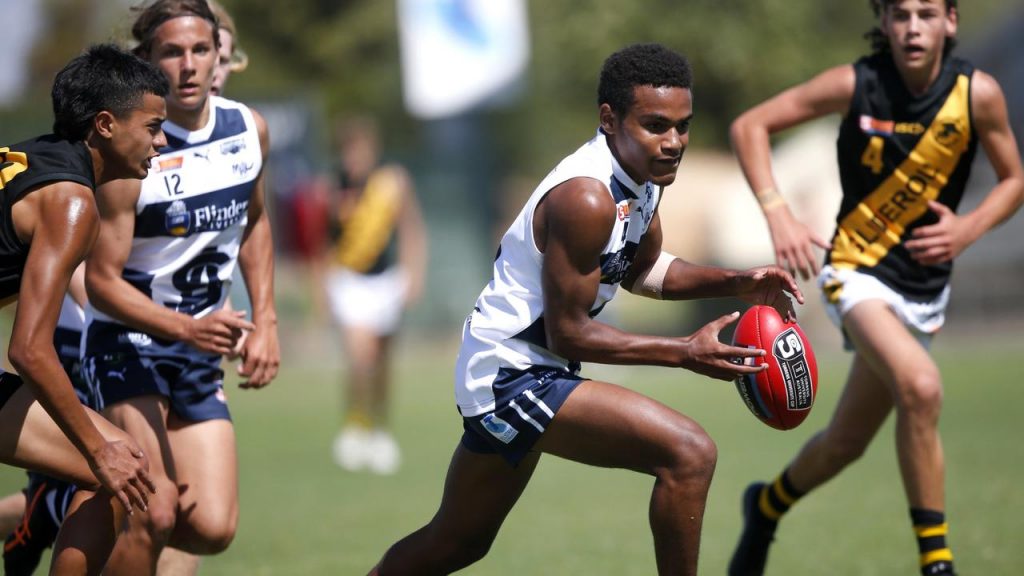 MINOR premier South Adelaide will meet Glenelg in the 2021 SANFL Under 16 Grand Final, after both sides won out in their preliminary bouts in a Sunday double-header at Hisense Stadium. Both sides finished the regular season with 5-2 records, before progressing through the first post-season week in style. We recap both results, highlighting some of the best players afield from all four finalists.

South Adelaide became the first side to qualify for this year’s Under 16 decider, via a 32-point defeat of North Adelaide on Sunday morning. The Panthers led from the first goal and managed to break away after an even opening term. Having skipped to a three-goal buffer at half time, South made it five by the next change of ends, and maintained its scoreboard pressure to run out comfortable 16.11 (107) to 12.3 (75) victors.

Competition leading goalkicker Jack Delean had a blinder with 7.2 from 15 disposals, backing up a six-goal effort last week. Like Delean, Phoenix Hargrave also bagged his personal season-high in goals with four, as leading ball winners Tom Wheaton (24 disposals) and Sid Draper (23) also snared goals and had 17 clearances between them. Ryan Pearsons was another to have a say with nine marks, eight inside 50s and 19 disposals, while Jace Davis got his hands dirty with 10 tackles and Benny Barrett laid eight, also kicking 1.2.

Jed Dignan was North’s best form of reply with three goals, he also managed to clunk three contested grabs. Roosters’ leading goalkicker Dj Smith was one of two players to kick two goals, making for his fifth haul of multiple majors for 2021. Gun midfielder Kane McAuliffe capped a remarkable year with 36 disposals, nine marks and seven clearances, with Toby Turner (27 disposals, 14 rebound 50s) kept busy as the only other Rooster to tick over 25 touches. Mackenzie Boxall and Louie Montgomery were others to get amongst it, finishing with 15 disposals and one goal apiece.

Glenelg earned passage to this year’s Under 16 Grand Final with a comprehensive performance against Sturt, defeating the Double Blues by 37 points on Sunday afternoon. The Bays led from the get-go and never looked back, opening up a handy buffer at the first break and applying too much scoreboard pressure for Sturt to surmount. The game was all but over at three quarter time with Glenelg 45 points clear, and the Tigers would end up doubling their opponents’ goal tally in the 12.8 (80) to 6.7 (43) drubbing.

Lucas Camporeale led all comers with 32 touches (25 kicks) and six inside 50s in the win, as Bodie Ryan managed 26 (20 kicks), nine marks and eight r50. Anders McShane booted a goal from his 23 touches, while skipper Ben Ridgway clunked seven marks and laid six tackles in a hard-working display. Eli Redman booted two goals from his 21 disposals, finishing only behind the haul of three from tall, Harry Francis. Ashton Moir was also strong in the air, clunking 11 marks (four contested).

Sturt finished with six single goalkickers, and leading ball winner Luca Slade was among them. He racked up 25 touches and five clearances, while Thomas McCourt was the only other Blues to tick over 20 disposals and kick a goal. George Pope had it 23 times, and Lachlan Murphy was another to keep busy with 21 as the second-ranked side fell short of reaching the season’s final week.