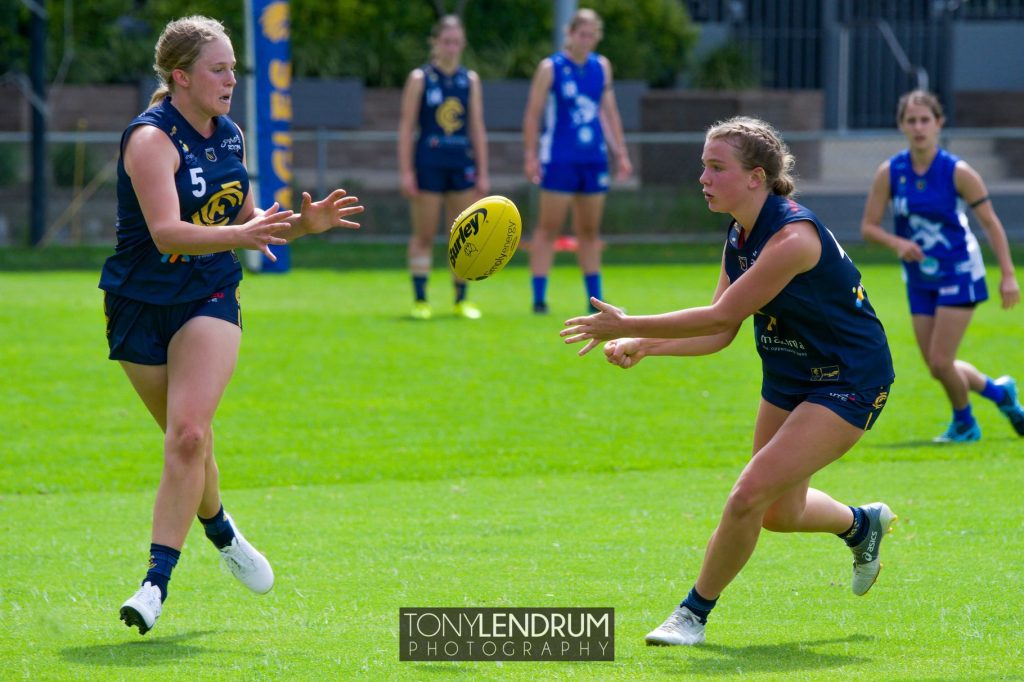 CLAREMONT has displayed a clinical performance against East Fremantle on Sunday afternoon, running out winners 10.6 (66) to 1.1 (7). On a very warm day at New Choice Homes Park, the victors were able to withstand the heat as they dominated possession for most of the day. East Fremantle struggled to string together solid passages of play as the constant pressure from Claremont was consistently looming. The Tigers were able to do as they pleased on their way to a convincing victory to take second spot on the ladder after eight rounds of action.

Looking back, it is now clear that the first quarter was a sign of things to come. Claremont forward Amber Goodwin-Wissink kicked the opening two goals of the game to give her side the perfect start. From the first bounce, Claremont gained midfield ascendency, led by Sasha Goranova, who put in a best on ground performance. The Tigers kicked their third through Tessa Doumanis, but it was set up through some exceptional play from teammate Adele Arnup. Taking the game on, Arnup burned off her opponents, took a bounce, remarkably handballed over an approaching defender before regathering the ball and handballing to an open Doumanis. It was play that summed up the high that Claremont were playing on. The second quarter showed more warning signs for East Fremantle, as their opponents kicked two goals in the opening minutes of the quarter. While the rest of the quarter had both sides remaining goalless, it was still a clear one-sided affair.

The third quarter started with similar signs to the first half, with Claremont owning the ball and keeping their opponents on the back foot. An excellent inboard kick from Doumanis set up Brooke Whyte to kick her first for the day as the Tigers extended the lead. With Arnup also joining in on the scoring later in the quarter, suddenly it was seven goals to none. Despite this, East Fremantle showed some fight to end the quarter, laying some hard tackles and kicking their first goal through Kahra Sprylan’s conversion of an intercept mark. The last quarter saw Claremont regain control over the game, and goals to Whyte, Goodwin-Wissink and Kate Orme saw the Tigers finish with a 59-point win.

Goranova was as good as they come on the day. Her strength through the midfield was on display as she burst through packs and pushed the ball forward for her team. She ran hard all day to not only get to the ball whenever it was on the deck but also to provide an option for teammates up the field. Goodwin-Wissink led the way up forward with three goals, and Doumanis showed her class with her clean disposals setting up teammates while finishing with two goals herself. For East Fremantle, Paisley Prentice ran tirelessly all day while Sharon Wong was physical in the midfield in what was a tough day at the office.

Claremont will look to keep their winning streak alive as they take on Peel Thunder on Saturday in what should be an exciting clash. East Fremantle will look to bounce back against Subiaco on the same day.

At Steel Blue Oval, Swan Districts took down Subiaco in a thriller, running out winners 7.6 (48) to 6.4 (40) on Saturday afternoon. Swan Districts kicked the first five goals of the game and survived a Subiaco comeback to take home the points. The Swan Districts goal kickers were Sarah Wielstra with two and Imahra Cameron, Stephanie Graskoski, Kloe Taylor, Fiona Boucher and Taylah Edwards with one each. Their best players were Jessica Cox, Eliza Gelmi, Edwards, Wielstra and Jaime Henry. For Subiaco, Amy Hunt kicked a bag of three while Lara Filocamo, Holly Hyder, Kate Pocsidio each kicked one goal. Their best players were Jayme Harken, Jessica Ritchie, Kia Buckley, Caitlin Walker and Claire Ortlepp.