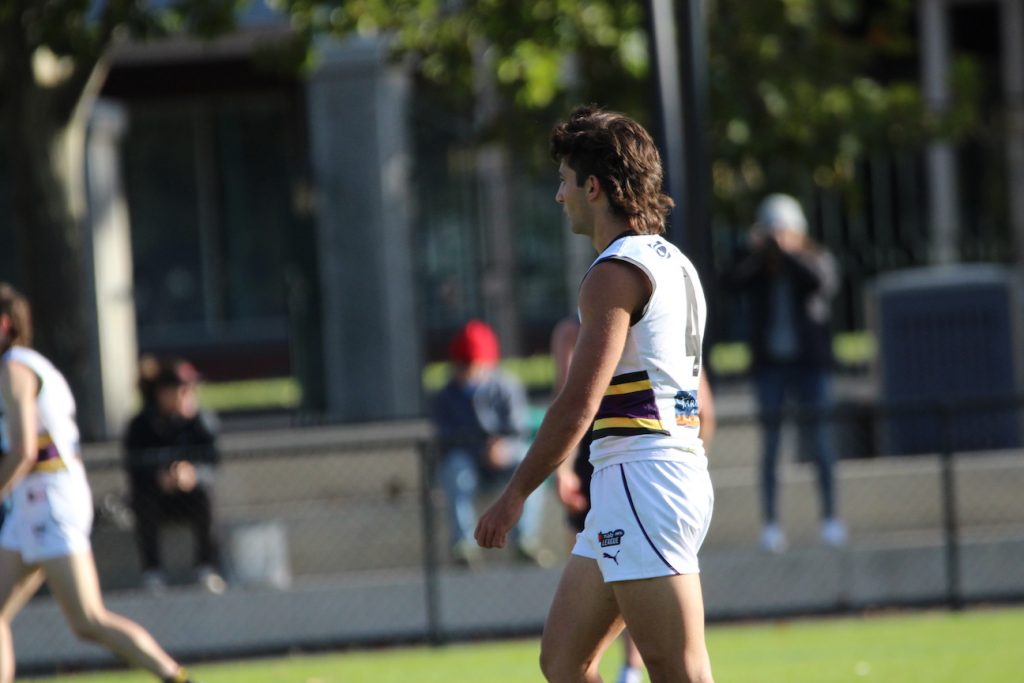 THE 2021 NAB League season rolled on into its second full round over the weekend, with six fixtures split evenly across Saturday and Sunday. There were a number of outstanding individual performances among the Round 2 action, as serious draft contenders and even more fresh faces topped a range of key categories. We take a look at this week’s stat leaders.

Standout Dandenong Stingrays midfielder Connor Macdonald achieved what would effectively be considered Australian football’s version of a quadruple-double; accumulating 33 disposals, 10 marks, 12 tackles, and 10 inside 50s. His efforts were not quite enough to drag the ‘Rays home to four points, but Macdonald earned the Round 2 Draft Central Player of the Week nod and topped all four aforementioned stat charts. His draft stocks are rising.

Joining Macdonald on a round-high 10 inside 50s was Tasmania’s Oliver Sanders, who led all comers as the Devils went down to Calder in their maiden 2021 outing. His teammate, Sam Banks started the season well with a high of 23 kicks and 10 rebound 50s, both of which were matched by Eastern Ranges rebounder Mitchell Sruk. Murray’s Paddy Parnell also ticked into double digits for rebounds.

A couple of top-agers who were unlucky to be overlooked last year also found themselves among the most prolific ball winners. A third Tasmanian, Oliver Davis racked up 16 handballs alongside tough Northern Knights midfielder Ewan Macpherson. In the same game as Davis, fast-developing Calder ruck Liam Podhajski won a monster 40 hitouts, with his form likely to see him tried in the VFL this year.

Rounding out this week’s stat leaders were the goalkickers. Leading Murray talent Josh Rachele took full toll as he spent most of his outing up forward, booting four majors and showing plenty of forward 50 smarts in his side’s win over Geelong. His efforts were matched by promising Oakleigh forward Dylan Thomas, whose crafty left foot did plenty of damage as the Chargers trumped Eastern on Saturday.

Find the full list of Round 2’s stat leaders below.