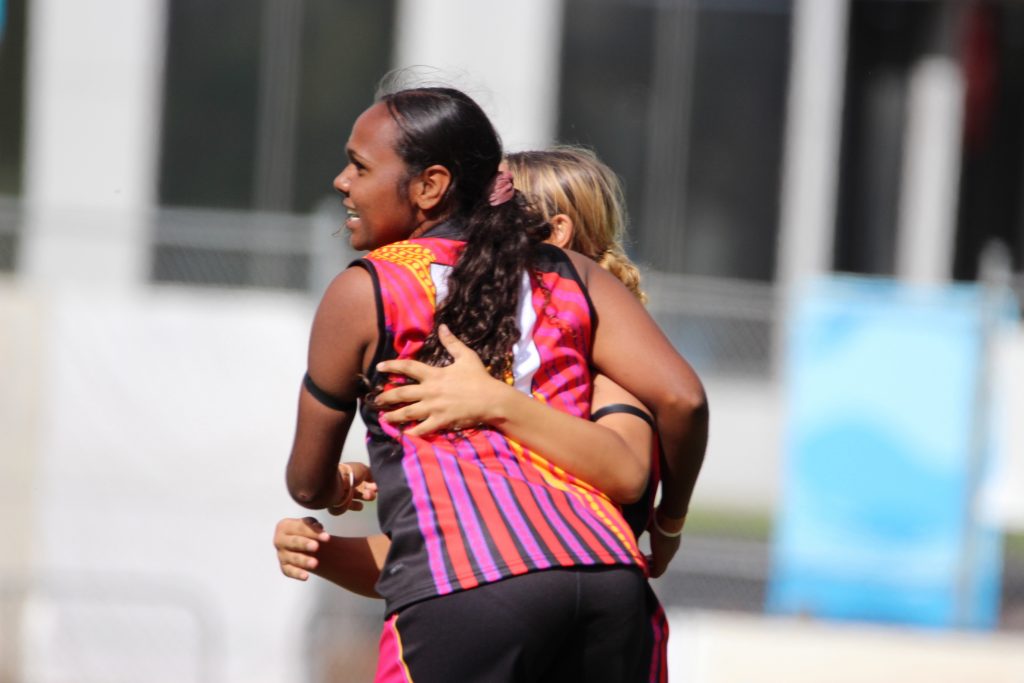 IN a closely fought battle, the Woomeras proved too good in their clash against the Medleys in the AFLW U19 Championships at Avalon Airport Oval in Werribee. The Woomeras led for majority of the day, but the win was anything but easy, as the Medleys fought hard to keep themselves in the game but couldn’t compete with the Woomeras’ fast ball movement and forward-line pressure.

The first quarter was a hotly contested battle, with both sides applying constant pressure and not allowing their opponents to find space to move the ball. With both teams scoring early goals, a Jemmika Douglas goal on the run broke the scoring drought heading into quarter time. The second quarter saw a much more open game of football, with both sides attempting to use their running defenders to rebound the ball out of each other’s 50. The Woomeras locked the ball in their 50 for the first half of the quarter, as they managed to keep it in there long enough for Jennelle Feifar to kick a crafty goal from the top of the goal square as the game started to get away from the Medleys. This didn’t last long though, as the Medleys lifted following the goal, and attacked from their defensive 50 and began to take the game on. A brilliant run-down tackle from Ella Tyson on the wing summed up their lift in effort, and she converted the goal after receiving a 50m penalty. At half time, the Woomeras lead had been brought back down to four points in what was proving to be a thrilling contest.

The third quarter belonged to the Woomeras for the most part, as they dominated possession of the footy but couldn’t fully capitalise on the scoreboard. The highlight of the game came at the start of the third term, as Douglas gathered the ball at the 50 and snapped the ball around her body, and with a kind bounce came the goal of the day. It kicked off a stunning quarter of football from the Woomeras as they locked the ball inside their half and continuously gave themselves shots on goal. Their only blemish came in the form of inaccuracy as they kicked 2.4 for the quarter, giving the Medleys hope heading into the last. This hope continued as the Medleys kicked the first goal of the quarter through Tunisha Kikoak to reduce the margin to eight points early in the final quarter.

For most of the last quarter it was a close affair, with neither team dominating control of the ball or kicking away on the scoreboard as the margin remained around the 10-point mark. A goal to Kyanne Campbell sealed the win for the Woomeras with less than five minutes. Despite the loss, the Medleys saw a highlight when Ammie Vamah flew for a big pack mark 20 metres out from goal. Vamah – who had been taken off the ground injured earlier in the quarter – hurt her leg while landing, but despite the pain, settled and kicked the goal to give the Medleys a glimmer of hope. It was a moment that was sure to put a smile on the face of everyone watching. The Woomeras would run out eight-point winners in a well-deserved victory.

For the Woomeras, Douglas’ two goals were crucial for the victory, while Montanna Bevis found plenty of the ball, particularly in the first half. In a positive sign, there weren’t too many standout performances with plenty of strong contributors across the ground. For the Medleys, Tyson was terrific, popping up everywhere to drive her team forward. She was well assisted by Anna Edwards, who was a real stand out in the first half. Laiema Bosenavulagi worked hard all day to provide run out of the backline.