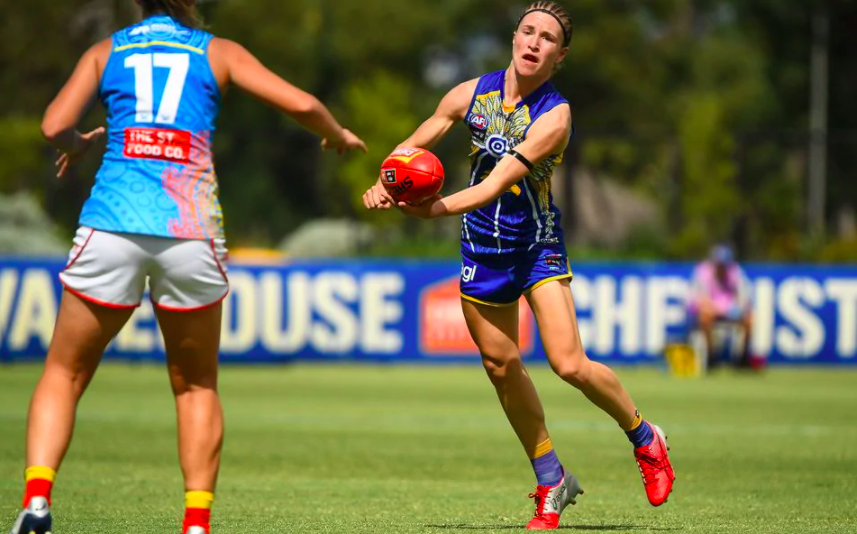 THE West Australian Football League (WAFL) Women’s competition top three teams will have a chance to extend their lead on the bottom three sides when they clash with their counterparts for Round 7 in the competition. Top of the table Swan Districts take on fourth placed East Fremantle, reigning premiers Peel Thunder how Subiaco, and third placed Claremont lock horns with South Fremantle.

In the first game of the round early tomorrow morning South Fremantle will search for its first win of the season up against Claremont, with a number of changes made to the Bulldogs’ outfit since Round 6. Reanne Pickett and Kara Turley come onto the bench, while Sheridan Kowald and Everylyn Burry will lock down the key defence. The in-form Claremont will look to bounce back from a loss after four straight wins, bringing back the likes of Sarah Garstone, Kate Orme and Sasha Goranova in a crucial week of inclusions.

With the state’s top youth in Victoria, it will be up to some of the other young talents in Hunter Cronin and Shakira Pickett (South Fremantle) up against still young experienced talents who have garnered AFL Women’s club interest in the past, in Ella Smith and Jess Low. The Tigers midfield and overall depth should be too much with Rachel Ortlepp and Tess Doumanis up opposite ends among more names able to dictate play, while Lauren Vecchio, Tahlia Holtze and Pia Durk form a strong midfield core.

Peel Thunder return to David Grays Arena tomorrow to try and keep separation on third placed Claremont by taking down Subiaco. The Thunder will of course be without their abundance of youth in Victoria for the AFL Women’s Under 19 Championships, while Subiaco will bring back Lara Filocamo, but lose Maggie Maclachlan as the sides all added extended benches for the match.

The reigning premiers still have more than enough firepower to get by, getting the job done last week, and the forward line containing Kira Phillips, Kate Bartlett and Bailey Molloy, while Tanisha Anderson, Ebony Dowson and Cassie Davidson hold down the defence. For the Lions, Jess Ritchie is a quality ruck to have, was captain Tarnica Golisano, teaming up with Liana Burchell and Lara Filocamo will give the visitors an advantage through the midfield, whilst youngsters Kia Buckley and Jamie Rust are others up forward to watch.

In the final game of the round, East Fremantle will plot to overthrow the previously unbeaten Swan Districts, and have a massive chance to do so with some huge chances. They do lose the likes of Alex Williams, Anjelique Raison, Kahra Sprylan, Evie Gooch and Alli Nokes, but have regained the services of Sharon Wong and Kate Inglis-Hodge onball, Paisley Prentice and Sara Lewis up forward, and Rosie Walsh named at full back upon return for the Sharks.

Swan Districts will be without Mikayla Morrison – though she has been named as an out before and still played – as well as reliable defender-turned-ruck Aimee Ralph. They regain a massive inclusion in West Coast’s Mikayla Bowen who will dictate the midfield for the Swannies now the Eagles’ season is over in the AFL Women’s, and work well with the likes of Jess Cox and Kloe Taylor in there. With tall targets Emily McGuire and Sarah Wielstra up either end and some other youngsters in Jaime Henry and Danielle Wright to look out for, Swan Districts still has plenty of talent.