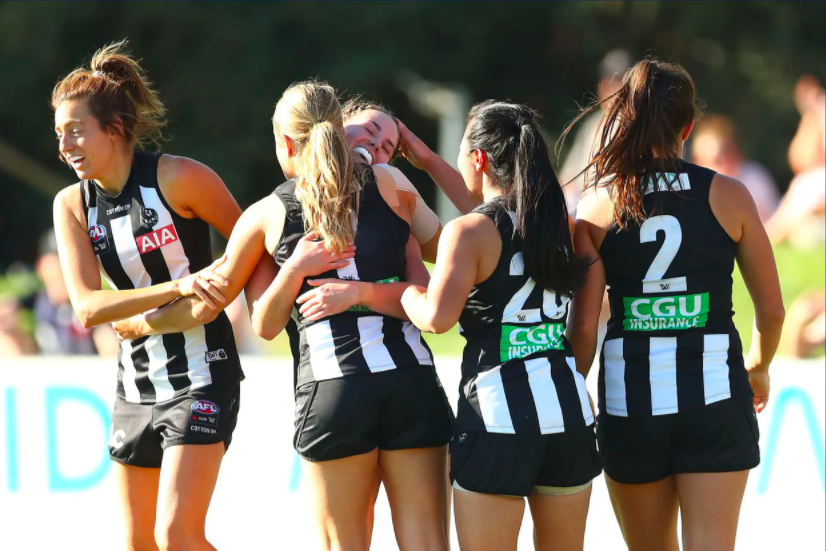 THE 2021 AFL Women’s season rolled on into its first week of finals, with two enthralling knockout bouts played on Saturday. A number of fresh faces continued to make their mark on the competition having already established roles in each team, producing big moments on the biggest of stages. We run you through how Generation W’s generation next fared across the latest weekend, focusing on players under 21 years of age who were selected from the most recent draft crop.

Melbourne booked its preliminary final ticket with a fighting win over Fremantle at Casey Fields, setting up its clash with Adelaide this coming Saturday. The Dees were sparked early by prized 2020 draftee Alyssa Bannan, who booted the first goal of the game via a crafty steal and improvised finish deep inside 50. She finished with six touches, one tackle, and two inside 50s but did not manage to add another major to her tally. Meanwhile tough first year midfielder Eliza McNamara had another solid outing in the red and blue; collecting nine disposals (all kicks), two marks, and three inside 50s while also laying three tackles. For Fremantle, Sarah Verrier rounded out a promising debut campaign with nine touches, three tackles, and two rebound 50s. She played all 10 games for the Dockers in 2020, an impressive feat given their strength over the last two seasons in particular.

Collingwood remains right in the premiership hunt after a hard-earned win over North Melbourne, forced to work back from behind to topple the highly-fancied Kangaroos. A sense of nostalgia dawned on Victoria Park as Tarni Brown, the daughter of the legendary Gavin, notched the winning goal in black and white to complete her side’s final term turnaround. The youngster had another memorable moment at the same end of the ground, only she booted the ball through the wrong set of sticks in a bizarre brain-lapse. She finished with 12 disposals, three tackles, and three inside 50s. Joanna Lin and Bella Smith were the other 2020 Collingwood draftees afield, though they could only combine for five touches and a couple of tackles. For North, first round coup Bella Eddey contributed four handballs and two tackles, but was terrific in her first senior campaign. She was another to play all 10 games and had some bright moments throughout, playing mostly as a forward.