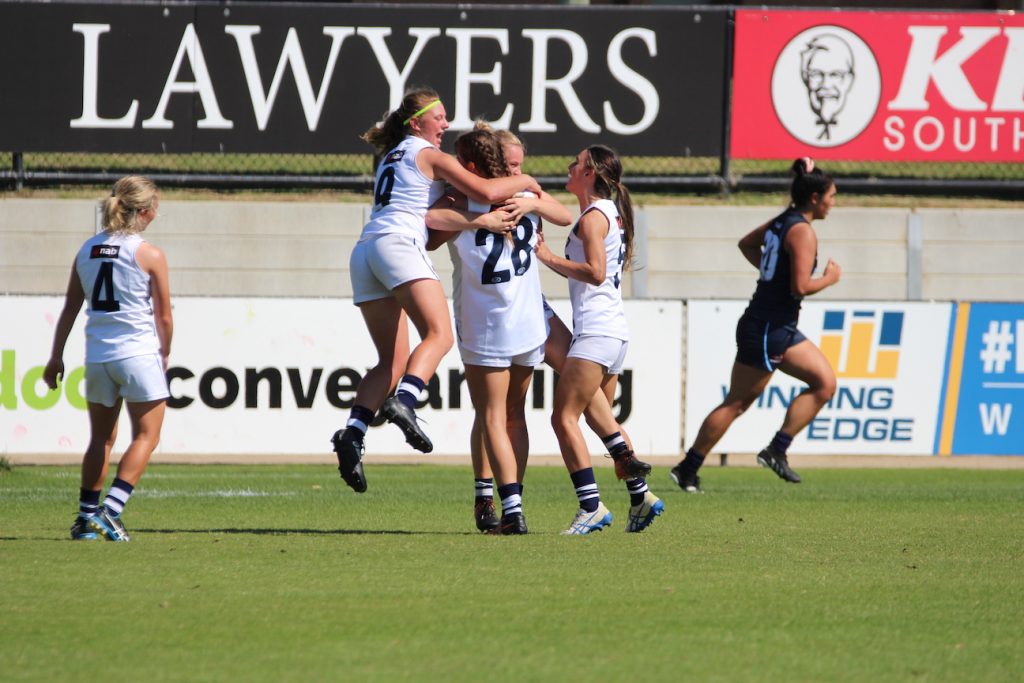 VIC COUNTRY has put on a fantastic all-around performance to defeat Vic Metro at Trevor Barker Oval on Saturday afternoon. In the 28-degree weather, Country had strong contributors all over the ground, as their fast-paced, attacking brand of football became too much for their opponents.

The game proved to be excellent watching, with end-to-end footy on display for countless periods of the match. Metro’s midfield dominance was fierce for all four quarters as ruck, Tahlia Gillard gave her midfielders first use, but Country’s signature rebound game was in full flight as they defended every inside 50 and attacked with fast ball movement.

The game started with Country on top in the opening minutes of the game, locking the ball in their forward half but not getting any reward on the scoreboard, with Metro’s backline holding strong despite countless attacks. Country’s Amber Clarke started the game strong but was unfortunately sidelined with a leg injury in the first term. The deadlock was broken by two brilliant goals from Poppy Schaap to give Country the ideal two-goal lead at the first break.

The second quarter saw Metro take control of the game, as their midfield supremacy translated into locking the ball in their half of the ground. Country’s backline held strong, but could only withstand so much pressure before a Stella Reid long bomb got Metro their first goal of the day. Country returned serve not long after with a goal coming from some brilliant play up the field from Jaide Anthony and Schaap. A goal to Elizabeth Snell saw Country take a seven-point lead into the main break.

The second half kicked off with a tightly contested start to the third term as both teams scrapped for territory. Paige Scott’s long goal opened scoring for the quarter as Country started to regain the run that served them so well in the first half. A brilliant set shot from Country’s Renee Tierney in the pocket hurt Metro as they trailed at three quarter time by 19 points despite having one more scoring shot. The fourth quarter opened in similar fashion as the third quarter ended with Scott kicking her second of the day. A Tara Slender goal in the last term sealed the win for Country, as they emerged victorious by 24 points.

For the victors, Anthony was tremendous in defence, providing dash and damaging ball use all day. She was a part of a backline that set up this side’s win with their fantastic work as a unit. Elsewhere on the ground, Emily Shepherd was great around the contest, tackling hard all day and creating something whenever she had the ball. Up forward, Schaap and Scott were the standouts with their two goals apiece, while setting up teammates for scoring opportunities in a great team win.

For Metro, Charlie Rowbottom was a force inside the centre square. She burst clear of stoppages on countless occasions and really stamped her authority on the game when the ball was in her hands. She was well aided by Georgie Prespakis who found plenty of the ball, particularly in the first half. Reid put in a solid performance with her two goals and constant inside 50’s, along with Maeve Chaplin in defence.