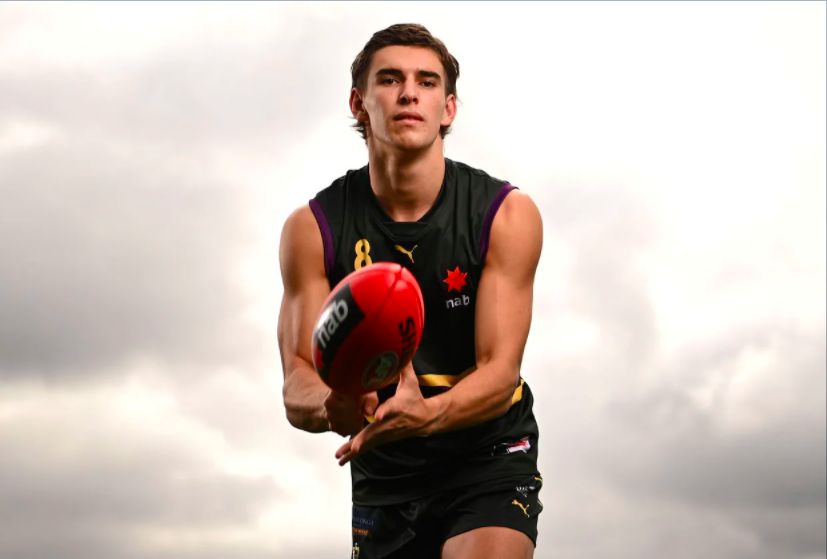 MURRAY Bushrangers are primed for their first NAB League outing since August 2019, when they take on the Bendigo Pioneers for an all-country Easter Sunday clash in Shepparton. Regional talent operations lead, Mick Wilson says the Bushies have worked hard in the face of a raft of competition changes and the condensed offseason, with plenty of prospects developing well ahead of season proper.

“We’ve had obviously a different preseason but we really think that the players have adapted really well,” Wilson said. “We ideally by now would have had a lot more touch points with the players, but that’s absolutely understandable given the new Covid world. We’re really excited about the fact that we’re going into a game of footy.

“The last time we saw a lot of these kids was over a year ago and it’s amazing how much development there is from 16 to 17, from 17 to 18, and for some of the players from 18 to 19. It’s been really pleasing, we’ve seen some players come up and exceed our expectations with regards to where we thought they were at.”

The lifting of the competition’s top age has seen differing reactions from each region with regards to the age profile of their squads. 19-year-old talents will be prioritised for the first three rounds, with opportunities to present for 18th-year and even under-age prospects to feature thereafter.

Wilson says the Bushrangers have essentially brought back their whole 2020 list in a “reward for effort” having kept with the program throughout a lost season. The move will see around 50 per cent of the initial list split between 18 and 19-year-old players, before Under 17s enter the fray competition-wide.

“Effectively what we did was we brought all of the players who made our final (2020) squad back in for the preseason and we didn’t actually bring any new players in,” he said. “The split is around 50-50 between 18 and 19-year-olds but the program is going to be dramatically different with regards to how we give the players exposure. In the first three games we’ll focus on the top-age players, and after Round 3 we’ll start to transition more of our Under 18 and 17 players into key roles as part of their development.”

Murray boasts one AFL Academy talent in its squad, Caulfield Grammar boarder Josh Rachele. Wilson sees him as a “readymade AFL player” in the mould of GWS star Toby Greene, with his explosive attributes and high footy IQ among the traits which have him currently poised as a top 10 prospect.

“Josh is an extremely explosive player,” Wilson said. “He’s been involved in elite junior soccer academies before, but his football skillset is extremely high. We see him as being a really strong half-forward player that can transition through the midfield and we’re pretty excited to see Josh play as much NAB League footy as he can outside of his commitment to Caulfield Grammar.”

Wilson highlighted a number of other players who have impressed throughout preseason, with a bunch of players having made good of their time away to get fitter and come back in peak condition. A pair of AFL train-on players, who were unlucky not to be drafted, are also in the squad, but will likely feature heavily in the VFL.

“Charlie’s Byrne‘s going to be heavily involved with the Essendon VFL program and Zavier Maher is heavily involved in the Carlton VFL program, so we don’t expect to see too much of those boys,” Wilson said. “Unfortunately ‘Zav’ is going to miss the first couple of games because he’s just had some knee surgery to fix a minor meniscal problem. But we’ll hopefully see a couple of games, hopefully Round 4 or 5 from him. Both those players have lots of draftable traits and they can keep improving on the areas they need to.

“Tom Brown has been outstanding. When he played in the Vic Country Under 16s, one of the areas he probably needed to work on was his endurance. He came back into the program this year and has developed amazingly in that area. He had a 21-plus yo-yo at the preseason testing combine, he’s much stronger and has developed physically. He’s really impressed everyone with regards to his application to training, he’s going to probably play half-back to start with but can play half-forward or wing. He’s 186cm so he’s grown, he just looks like a real athlete.

“One player that really stands out for us that has developed over Covid is Fletcher Hart. Fletcher’s about 199cm tall, a key forward who kicks the ball really nicely and has a lot of similar traits to Joe Daniher with regards to the way he moves around the ground and has a long, rangy left-foot kick. He’s very competitive in the air and good below his knees… so he’s definitely on the watch list.

“Jhett Cooper from Shepparton made our squad last year but he needed a lot of work to do on his endurance and his repeat speed efforts. He’s had a massive Covid period with his training, his work rate has been outstanding and he’s come back as one of our best performers in the yo-yo at the preseason testing combine.”

Brown is one of many names among the squad with ties to an AFL club, as the son of former Geelong player, Paul. He will not be eligible as a father-son for the Cats, but Noah Bradshaw (son of Daniel) will be for Brisbane. He is not quite as tall as his goalkicking father, but has a terrific athletic profile and is a powerful inside midfielder with good physicality.

Jake Cresswell (son of Daryn) is another who will filter through the program, along with Toby Murray (brother of Sam and Nick), Jett Smith (brother of Eli) and Charlie Crisp (cousin of Jack). Richmond fans will have a Next Generation Academy (NGA) talent to get excited about too, with athletic half-back Achaung Agog rising the ranks.

Despite not having completed any formal practice matches during preseason, there is a lot of promise surrounding Murray’s group, which Wilson expects to be “competitive” against Bendigo in Round 1. He sought to thank the parents of players for their continued support across a challenging year, which will shortly be put behind these budding prospects as they make their long-awaited return to the field.