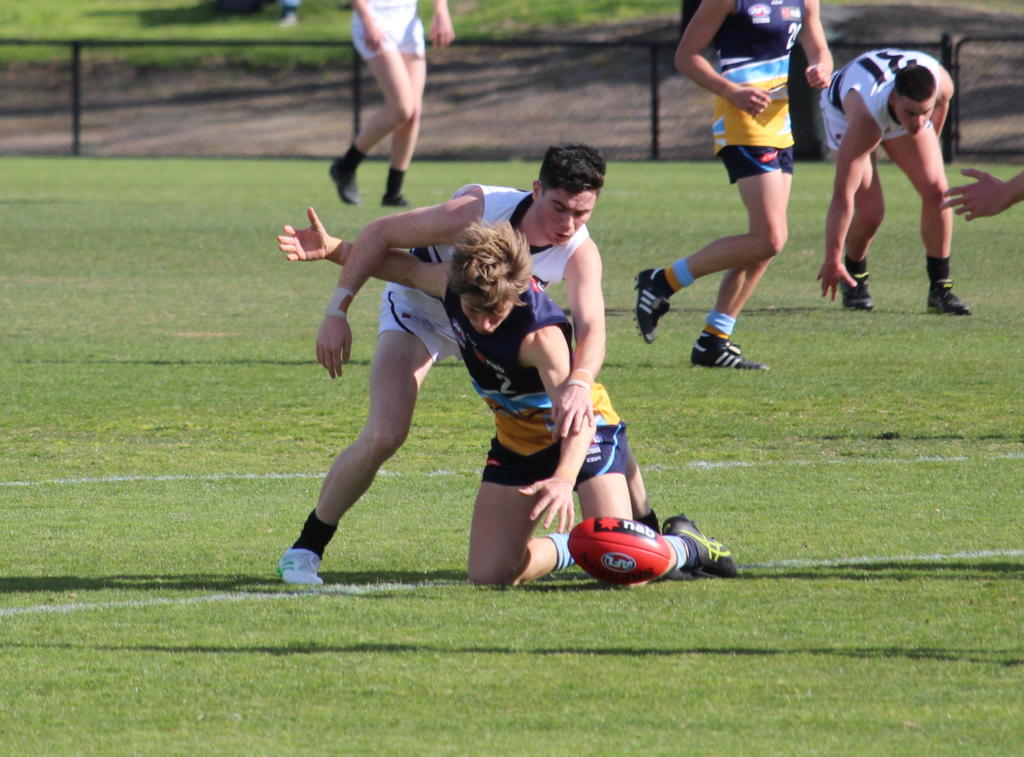 BENDIGO Pioneers head coach Danny O’Bree says his troops have worked “incredibly hard” throughout preseason to get back up to speed ahead of their opening NAB League fixture for 2021. The Pios will take on fellow country region, Murray Bushrangers in Round 1 for a standalone Easter Sunday clash at Deakin Reserve, Shepparton.

While the elite talent region has only managed a couple of intraclub hitouts ahead of season proper, O’Bree says the Under 19 squad is in good shape and has shown some positive signs in the way of ball movement, while also keeping a clean slate on the injury front. Look for the Bendigo prospects to help each other show their key strengths this season.

“In regards to game style it’s not that we’re going to do something in particular, we want to really highlight the attribute of the individual,” O’Bree said. “Hopefully we’re super competitive and we want to do the simple things really well, but we still want to get our attributes of each individual to the recruiters and showcase their skill and abilities.

“I think we’re a pretty even team, we’re pretty evenly balanced. I don’t think there’s anyone in particular that stands out way ahead of the pack, which is a positive. “We’re going to go with the fact that we want each team member to assist the other and to assist everyone else, we want to have the mindset that we want to be able to develop others, and it’s not just about the individual, it’s about them being a good team member and helping support their mates.”

With the NAB League top age shifted up to 19, each region has taken on board an added number of 2002-born talent in hopes of granting them the opportunities missed during 2020. The first three rounds of this season will be key for many of those prospects in deciding what lies ahead, and O’Bree says they will get every chance to show their worth.

“After that we’ll look to potentially move a few of them to VFL, we might keep a few. Then we’re actually quite keen to get our 17-year-olds onto our list as well. We’re looking to put in 10-12 of our 17-year-olds after their carnival and from Round 4 onwards, play a fair few of them.”

At the forefront of Bendigo’s squad is AFL Academy member Cooper Hamilton, who boards at Caulfield Grammar with twin brother and fellow Pioneer Hugh, while top-ager Jack Evans will captain the side ahead of a four-man leadership group. Among the players highlighted by O’Bree, there is a good mix in styles and a couple of father-sons to look out for.

“Cooper Hamilton has been down at Caulfield, we won’t see him a lot in the NAB League this year and obviously he’s going to have some engagements through the (AFL) Academy so that’s quite exciting for him,” he said. “He’s worked incredibly hard, he’s got a great engine and no doubt it’ll give him some more opportunities with his footy the more contests he can get to.

“We’ve got Bode Stevens, the nephew of Anthony. He’s going to be an exciting watch for us, he’s an extremely aggressive, hard-working and tough customer. That probably epitomises what Anthony was all about as well so obviously it runs through the family and we’ll have quite a few people excited about what he comes up with.

“Jed Brereton is a developing bigman, close to 200cm. “We’ll be able to see him through the ruck but also up forward. He’s got a good skillset so it’s quite exciting for him. “Ricky Monti is another 18-year-old who is a very exciting player, has a very high footy IQ and is really well skilled. If he keeps developing physically he could also be one that people are talking about.

“We’ve got two father-sons in our 18-year-olds with Louis Thompson (son of Nathan) and Nyawi Moore (son of Nathan Lovett-Murray, also Richmond NGA). Louis is still developing physically and still growing, being a late developer who has a bit of x-factor so he’ll be exciting. Nyawi Moore again is quite exciting when he gets going so it’ll be interesting to see where they end up at the end of the year.”

Stevens will be among that four-man leadership group behind Evans, alongside top-agers Sam Conforti and Cooper Smith, and 18th-year prospect Lincoln White. Having enjoyed some hard-fought close encounters with the Murray Bushrangers in recent years, they will be key to the Pioneers making a strong start to their new campaign on Sunday afternoon.