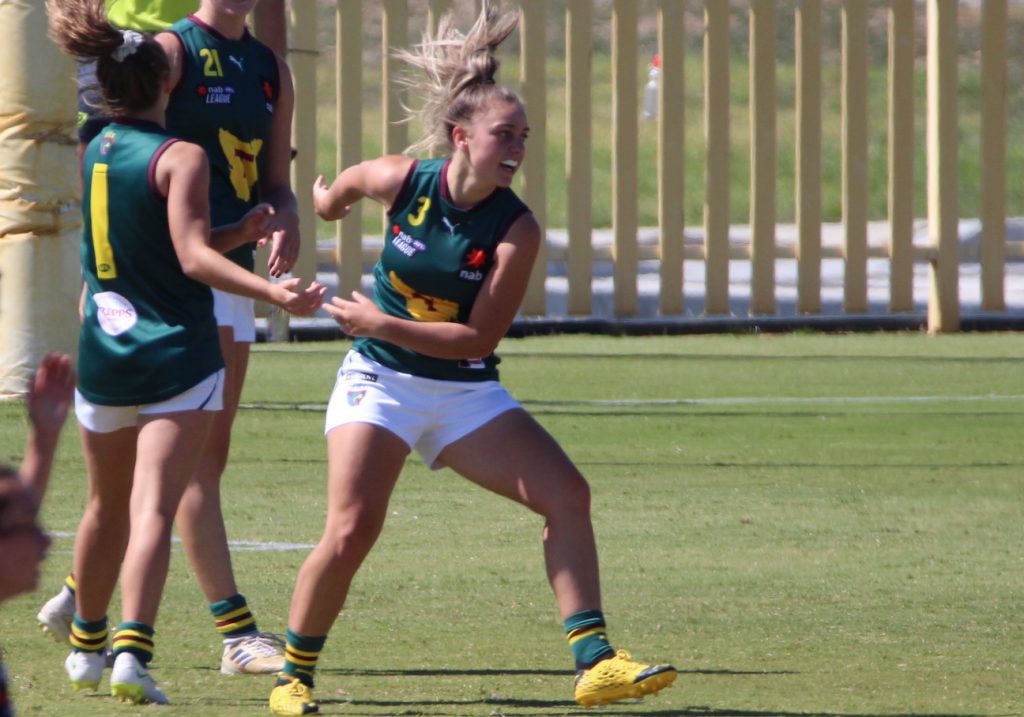 AMY Bissett has become the first player from the Apple Isle to earn a Draft Central NAB League Girls Player of the Week nomination, after her three-goal match-winning performance on the weekend. Bissett kicked two last quarter goals in Tasmania’s come-from-behind victory against Northern Knights in a standout best on ground performance, and then won the Player of the Week poll against Gippsland Power’s Matilda Van Berkel in the highest total vote count of the year in our AFL Draft Central Facebook group.

Bissett finished with 15 disposals, three inside 50s and three goals from four scoring shots, but it was her efforts in the final term – where she kicked two majors including the match-winner with a few minutes remaining – that really stood out. It helped the Devils come from 11 points down at the final break to boot 3.2 to 0.2 against Northern Knights and grab yet another four points in what has been a sensational year for the club.

The three goals eclipsed Bissett’s previous best of two against both the Gippsland Power and Bendigo Pioneers, and has a total of 8.9 for the season. A draft-eligible player who turns 18 in May, Bissett stands at just 158cm, but has proven to be a forward threat, with a scoring shot in every match bar one. She has also been finding more of the ball the last three weeks, with her three highest disposal games coming in Rounds 5-8, and the 15-disposal effort against the Knights being the best of the lot. Her standout work is done at ground level with high footy IQ.

Tasmania Devils will play NAB League Girls finals this year, and are right in contention for top spot in the Country division alongside other top performers in Geelong Falcons and Dandenong Stingrays, who all remain at 5-2 win-loss records. The Devils take on the Greater Western Victoria (GWV) Rebels in a few weeks time after the completion of the AFL Women’s Under 19 Championships, before finals get underway.