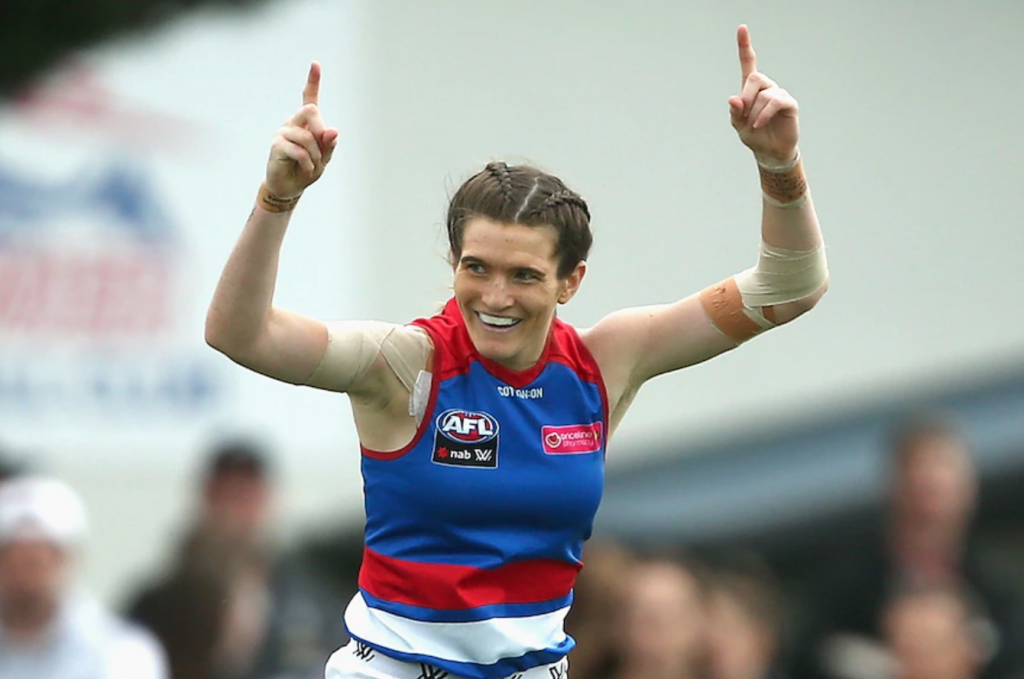 THE final round of AFL Women’s home and away season action started with a bang on Friday night, as the Western Bulldogs and Richmond Tigers went head to head in a huge clash that would see both clubs run out for the final time in season 2021. Whilst it was the Dogs that got off on the right foot with a huge opening quarter, the Tigers would not relent and came out during the second half to really test their opposition. It was not enough though, as the Bulldogs ran home with a 7.3 (45) to 5.2 (32) victory to complete their season on a high.

A four goals to one first term set up the clash, with the Dogs flying out of the blocks and proving accurate as they did so, whilst the Tigers appeared lacklustre as Kirsty Lamb put on a show booting the first goal and was shortly followed by Kirsten McLeod‘s first of two in quick succession. Whilst Tigers’ Tayla Stahl found time for a running goal in the middle, a fourth Doggies goal put the icing on the cake for the home side’s first quarter effort, effectively using the breeze to top off an excellent start.

A tight second quarter was characterised by just two majors as the contest heated up, with little separation as the Bulldogs forced errant kicks downfield but struggled to hit the scoreboard. While goals to Richmond’s Katie Brennan and Bulldogs’ Izzy Huntington broke the stalemate through the middle of the quarter, the third term was where it got busy across the ground as the Tigers lifted.

With a three-goal half-time margin, the Dogs just had to retain their defensive pressure to have the match in the bag. But Brennan and 2020 number one draft pick Ellie McKenzie had other ideas, with the duo putting on a masterclass. Brennan booted two goal in quick succession to reduce the margin to just four points, and while the Dogs had their chances three behinds were added to the scoresheet as the Tigers were on the hunt, not letting anything near the big sticks uncontested.

But Lamb booted an all-important goal within the first five minutes of the final term, and that was what the Dogs needed to lift as the side stepped up across the ground with little time left in a trying season. While a Courtney Wakefield major kept the Tigers in the race, Bonnie Toogood slammed one home with four minutes on the clock to drive the Doggies to the 13-point win and 5-4 win ratio for the season.

Whilst usually a significant contributor, Mon Conti was nowhere to be seen for much of the contest credit to a hard tag from Elisabeth Georgostathis, as Harriet Cordner led the Tigers’ charge down back with 15 touches and four rebounds. Kate Dempsey (15 touches, four marks) also found plenty of the footy, whilst Brennan’s three goals were crucial and earned a bests nod. McKenzie was limited to 13 touches but starred when she had ball in hand, producing one of the marks of the season in the second term. Sarah Hosking was one of the side’s top performers, finishing with 14 touches and seven tackles to equal-lead the tackle count alongside Lamb, who finished with 23 touches and four marks to add to her tally. Brooke Lochland also shone under pressure, piling on 23 touches and five marks, as McLeod’s two goals and four tackles proved useful and Nell Morris-Dalton put on her best performance to-date, finding the footy 14 times, including four marks and her first AFLW major. Ellie Blackburn (20 touches, six tackles) and Eleanor Brown (19 and six) both also proved crucial in the clash.