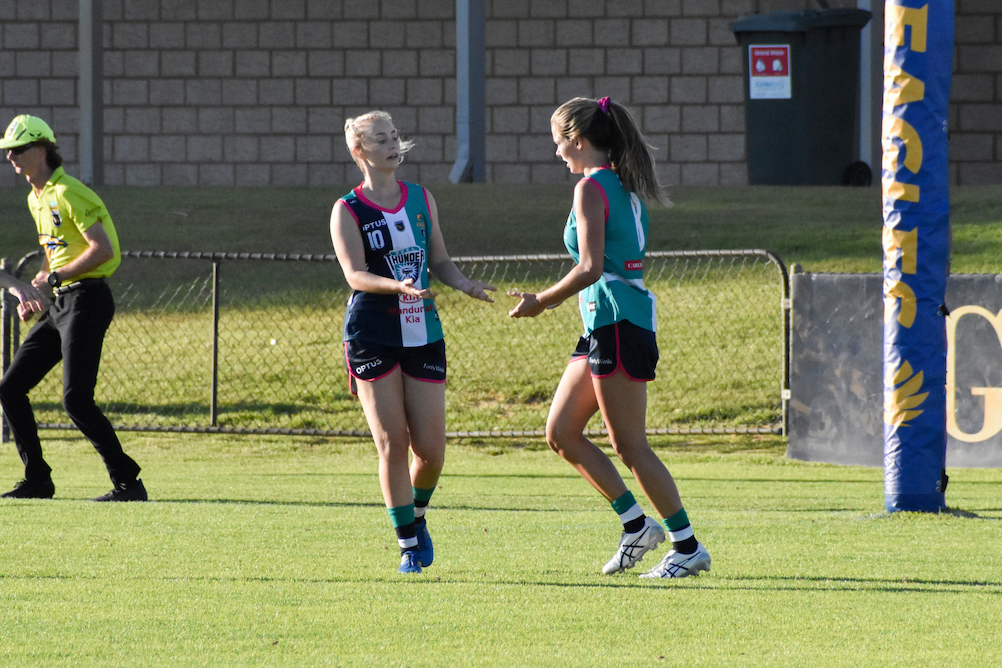 MOST sides – but particularly Swan Districts and Peel Thunder – will be heavily depleted in Round 6 of the West Australian Football League (WAFL) competition. Both sides have built a reputation on their abundance of young talent coming through the teams, and now they will need to work around the amount of forced changes in their respective games, with the Swans forced for eight changes due to the AFL Women’s Under U19s matchup between South Australia and Western Australia, and five of six changes for Peel. South Fremantle (two), East Fremantle (one) and Subiaco (none) have fewer forced changes due to the game, but a number of switches at the selection table have still occurred.

Swan Districts will be without Nyra Anderson, Naomi Baker, Dana East, Melisha Hardy, Sarah Lakay, Emma Nanut, Tara Stribley and Bella Edgley for the huge top of the table clash against Claremont, meaning a number of other talents will need to step up. They regain some key position options in the likes of Sarah Wielstra – who missed last week – and Fiona Boucher, while Hayley Cole and Olivia Cripps are among other inclusions for the Swans. They still have a young onball brigade with teenagers Jessica Cox and Kloe Taylor in there, whilst Mikayla Hyde has been named at full-forward alongside the dangerous Mikayla Morrison and Taylah Edwards. Young guns Jaime Henry and Danielle Wright are also in there, too young for the AFL Women’s Under 19s selection.

Claremont on the other hand also have quite a few outs, with five changes including Matilda Dyke heading to South Australia. Sasha Goranova, Kate Orme, Andie Payne and Mikayla Western are also out of the match, though the Tigers do regain the likes of Sarah Garstone and Emma Lendrum among others. Emily Bennett is another player out of the Tigers’ lineup due to her commitments in South Australia, but was not named as an out given she missed the Round 5 clash as well. Amy Fortescue and Rachel Ortlepp will hop to hold down the defensive fort this week, whilst the midfield of Jess Low, Tessa Doumanis and Ella Smith is quality, and former State representatives in Garstone and Jacinta Valentini will look to make the most of their chances against a steadfast defence. This game is a huge chance for Claremont to knock off the undefeated Swans.

At the other end of the ladder, the bottom two sides in Subiaco and South Fremantle lock horns in a must-win game for both teams. The Lions only have the one forced change in Tarnee Tester out of the side, while Maggie MacLachlan replaces that AFL Women’s experience by coming back into the side alongside Holly Hyder, Maud-Annie Foley and Kate Pocsidio. The Lions have a largely unchanged lineup heading into the clash, with Jamie Rust looking strong last week, and Tarnica Golisano, Lara Filocamo and Ellie Blackmore working around Jessica Ritchie at the stoppages. Youngsters Kia Buckley and Abbey Dowrick have the capacity to be game-changes, while Madi Wilkins was impressive, and Claire Ortlepp a reliable source of rebound from the back half.

For South Fremantle, they have lost Makaela Tuhakaraina and Lauren Wakfer to State Academy duties against South Australia, whilst last week’s debutant Bella Clarke is also among six outs this week. Coming into the side are a few important talents in ruck/forward Ella Ward, and midfielder Kiara Templeman, while Shakira Pickett is an excitement machine. Liusaidh Gilchrist and Pia Durk are always dangerous for the red and whites through the middle, whilst the forward trio of Hunter Cronin, Zoe Huggett and Lauren Vecchio is threatening. They will need to be at their best given the outs for the Bulldogs, but will enjoy the challenge taking on a side they narrowly fell short of in Round 1.

In the final match of the round, reigning premiers Peel Thunder – who are coming off two losses in three games – will look to bounce back against East Fremantle. The Thunder have been gutted – in a good way – at the selection table, with their enviable amount of young guns all heading to South Australia. Jaide Britton will co-captain her state at the championships – and as the only fit captain for the first clash against South Australia will toss the coin at Flinders University Stadium – while Jade Briggs, Bella Mann, Ella Roberts and Courtney Rowley will also miss the Thunder’s game. Into the side comes another Rowley in Angel Rowley, whilst Ebonee Hardy is the other player coming in that is named in an extended team. The Thunder will have plenty of talent across the ground, with Kate Bartlett, Bailey Molloy and Kira Phillips all capable of dominating inside 50, while Tanisha Anderson, Cassie Davidson and Ebony Dowson are rock solid up the other end.

East Fremantle have only lost one player to the Academy game in Chloe Reilly, but have lost a ton of experience elsewhere, as full-back Kimberley Boulton, experienced midfielders Sharon Wong and Ann McMahon, as well as Kate Inglis-Hodge are among the outs in the match. It opens the door for a number of other Sharks to come back in, with Evie Gooch the big name returning for Round 6. She joins Cadian Lodge, Nikki Phillips and Stephanie Dalton in slotting straight into the starting side. The Sharks will lack experience, but still have youth, as Anjelique Raison and Gabby Radojkovich are forward talents, and Alli Nokes providing the physicality in defence. Ashleigh Gomes, Kahra Sprylan and Larissa Versaci have the experience to overcome the Thunder midfield, whilst Alex Williams and Hayley O’Donnell are still in the backline, and Madeline Ross up forward meaning the home team could cause an upset and string their third win together and join the Thunder on 3-3.