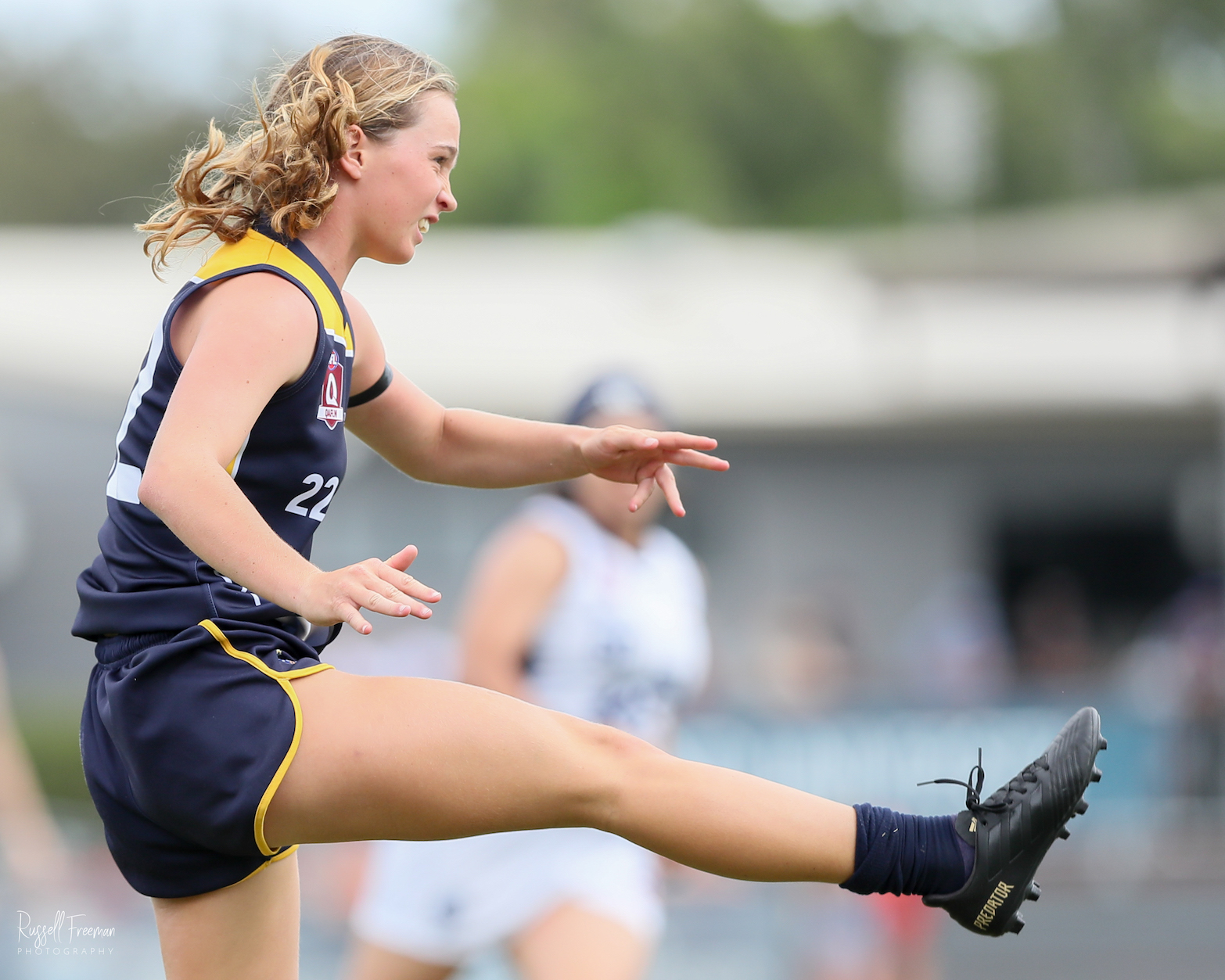 THERE is plenty to like about the Round 5 fixtures for the Queensland Australian Football League (QAFL) Women’s competition, with much on the line even this early in the season.

The pick of the bunch is a top three clash between the undefeated Bond University and third placed Aspley Hornets, with the latter coming off their first loss of the season, whilst the Sharkettes have met every challenge thus far. The ruck battle between Jasmyn Davidson and Angela Lingard will be crucial, whilst the versatile Lucia Liessi has been named in the centre for the Hornets, set to go up against Shannon Danckert in another fascinating clash. Bond University’s AFL Women’s Academy member Mikayla Pauga is back at half-forward, lined up on another youngster in Hayley Moore, whilst up the other end, second-gamer Kadie Fletcher will lock horns with Lucinda Pullar. With plenty of young guns across the field – including Phoebe Baird and Isabella Kotatis – Aspley has enjoyed its resurgence this season, but the Hornets will need to find a way to contain Jordann Hickey and State Academy representative Lily Tarlinton if they are to get the points in this one.

Yeronga South Brisbane will travel to Maroochydore in what is always a tough encounter, though the reigning premiers will fancy themselves on the road against the Roos who picked up their first win last round after some narrow losses. The Devils come in having toppled Aspley in a huge win after going down to University of Queensland a fortnight ago. Zimmorlei Farquharson has been a live-wire this season, and whilst she did not kick a goal in Round 4, had plenty of teammates who did. In the 22-point win, the likes of Christine Okesene and Lexia Edwards were able to be damaging up forward, though the team would love to make more of their chances up forward than their 5.11 (41) final scoreline. With experience such as Lucy Bellinger, Jordan Zanchetta and Madison Goodwin, the Devils are well placed against the Roos. Maroochydore on the other hand stacked its midfield with you, as AFL Women’s Academy members Bella Smith and Maggie Harmer joined Chloe Gregory in there which emphasised the future of the green and gold. Brianna McFarlane and Makeisha Muller make for a dangerous combination at half-forward as well, which the Devils will need to be aware of.

Another team looking to bounce back from its first loss of the season is University of Queensland who travel to Coolangatta Tweed to face the Bluebirds, who are stuck at the bottom of the table and needing a win to kick-start their season. A win to the Red Lionesses could see them leapfrog some teams – and will do so to at least one team with the top three clash happening – as the likes of Megan Hunt and Mia Teubler took to continue their form. Jessi Henning and Madi Crowley-Long have been damaging across the board, whilst Lucinda Benjamin kicked four goals a fortnight ago for a season total of seven, ahead of Grace Brennan (six) and Rachael Vetter (six). Coolangatta Tweed have only been able to average six points a game from the first three matches, still waiting for the postponed match with Bond University to be completed. The Bluebirds have the talent to match it with any opposition, as the likes of Kitara Farrar, Keyshia Matenga and the Cockatoo-Motlap twins in Laquoiya and Litonya named in this weekend’ clash. Janet Baird will provide that AFL Women’s experience alongside Georgia Breward in the hope of causing an upset.

In the final game of the round, Coorparoo has been working the lucky charms the last couple of weeks, closing out two consecutive wins by one point in a show of strength and determination to come-from-behind. The Kings now host a winless Wilston Grange, with the Gorillas needing a win to keep in touch with the top six sides. Despite winning their last two games, the Kings still only have a percentage of 80.41 this season, whilst Wilston Grange are 0-4 with 26.37. They have managed to put scores on the board, but have conceded more than 50 points in every game thus far which has been the problem. The Gorillas will look to Abby Hewett and Mackenzie Findlay to take control of the midfield against Jenae Govan and Rose Collins, whilst Sophie Wheeler (three goals) and Holly O’Flaherty (two) are the leading scorers named for the match. Ruby Svarc has the AFL Women’s experience to provide some run on the wing, whilst for the Kings, Chelsea Winn has been in good form, and combining with Chelsea Chesterfield and Macie Brown, the side has some good young talents alongside experience. Coorparoo will back themselves to make it three wins on the trot here in front of home fans.