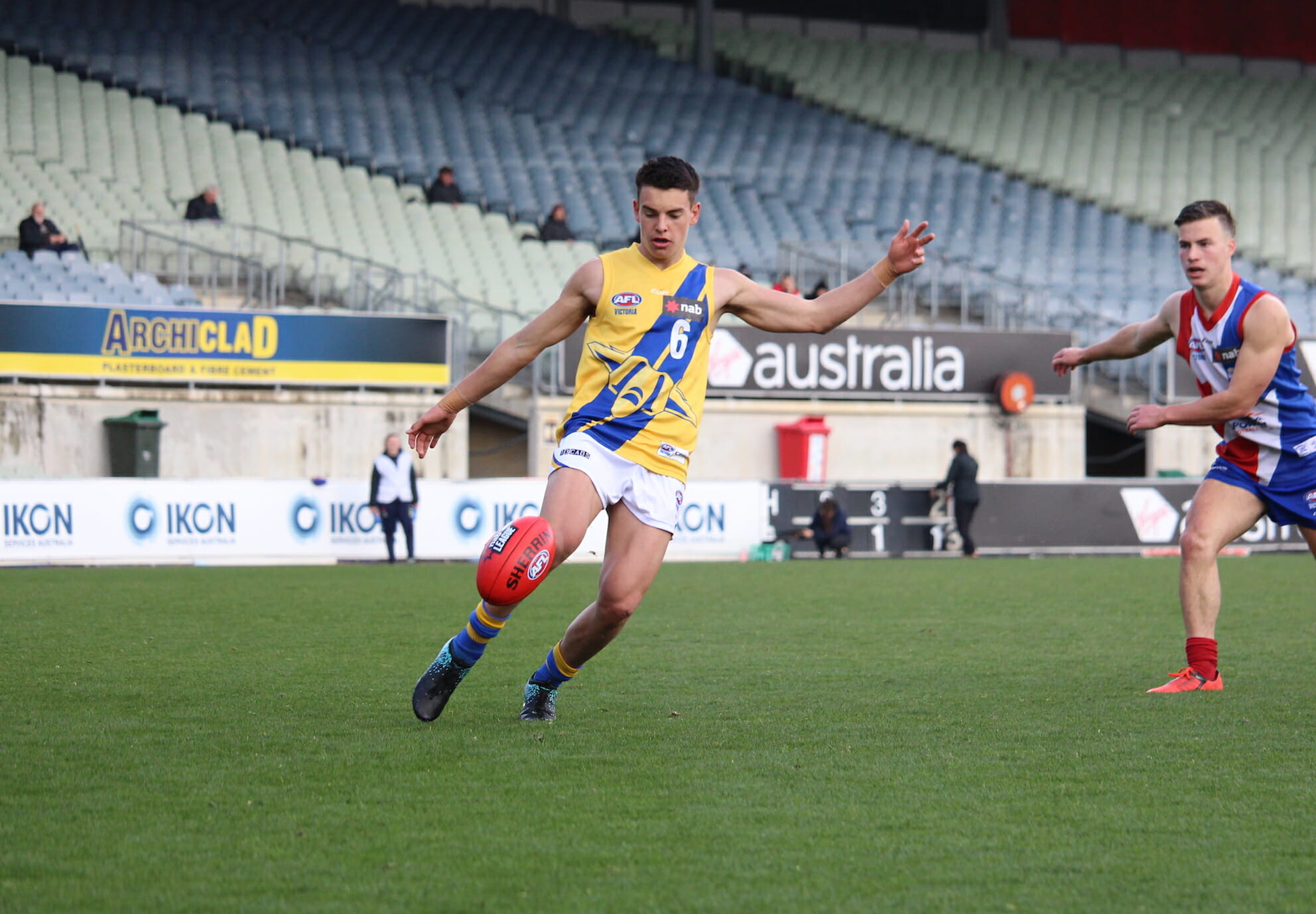 WESTERN Jets will hold up one end of the 2021 NAB League season opener, when they take on the Calder Cannons at Highgate Recreation Reserve on Saturday afternoon. After an unforeseen year away from competitive action, each talent region will return to a revamped structure and plenty of unknowns at the end of a condensed preseason.

The top age has been lifted to 19, allowing for a raft prospects who missed out on being drafted last year the opportunity to prove their worth over a full season. Draft eligible talents will also get the chance to ply their trade with Victorian Football League (VFL) sides after three rounds of NAB League, aiding the potential step up to senior football.

Among the challenges Western have faced amid the accelerated lead up to season proper, the Under 19 side has been training once a week as multiple squads roll through the program. The girl’s season is about to commence its eighth round, while the Under 17 team is also preparing to get back to action in April.

Leading all of the above is new coach Robbie Chancellor, aided by ever-reliable regional talent operations lead, Luke Williams. The pair have some promising talent at their disposal, with a good bunch of 19th-year players returning to the fold alongside a few 18-year-olds hoping to stake their draft claims.

Top-agers Billy Cootee and Nash Reynolds are set to lead the Jets as co-captains in 2021, having already gained experience at the level in 2019. Cootee remains one of the region’s top prospects and is poised to suit Western’s new and exciting brand of football by breaking the lines through midfield and off half-back.

Cootee is also a high-level cricketer having represented Victoria at Under 17 level, but is focussing on football this year and has worked on reading the play from a defensive aspect. He is also looking forward to playing alongside good mate Massimo D’Ambrosio this season, who is one of Western’s most promising 2003-births.

Cody Raak is another of the notable top-agers in the Jets’ squad, and is working on turning the disappointment of being overlooked in last year’s draft into motivation for the upcoming campaign. Having been tied to the Western Bulldogs as a Next Generation Academy product, the key defender trained with the Dogs’ VFL side and participated in match simulation with their AFL team. Raak has worked hard on his endurance and will look to exploit more attacking assets as he shifts commitments throughout the year.

The Jets also lay claim to a few more exciting 18th-year talents, with Tom Rowland and Paul Curtis among them. The former is a skilful, marking half-back who can also roll up to the wing, while the latter is a midfielder-forward who makes smart decisions on the ball. Rowland has already graduated from high school and is setting no ceiling on his goals for 2021, as Curtis aims to improve his endurance and will likely start his campaign inside attacking 50.

Among the fresh faces in Round 1 is Geelong Cats Category B rookie, Paul Tsapatolis, the 202cm former basketballer who has recently committed to Australian football. Named as Western’s primary ruck, ‘The Greek Freak’ will continue his development at Under 19s level – akin to when Richmond’s Ivan Soldo played for Northern Knights while listed at the Tigers. He is a graduate of Maribyrnong College and hails from Point Cook, hence the connection to Western.

The Jets’ new campaign officially bounces down at 1:00pm on Saturday, after the girl’s Round 8 clash, with the full NAB League fixture set to be released shortly. Tune into the game via the NAB League app, as commentary will be provided by a couple of Draft Central‘s very own analysts.

Check out Western’s Round 1 squad below:

Get down to Highgate Reserve at 10:30am to catch all the action.#JetsGo ??? pic.twitter.com/lBBc1uhrDE