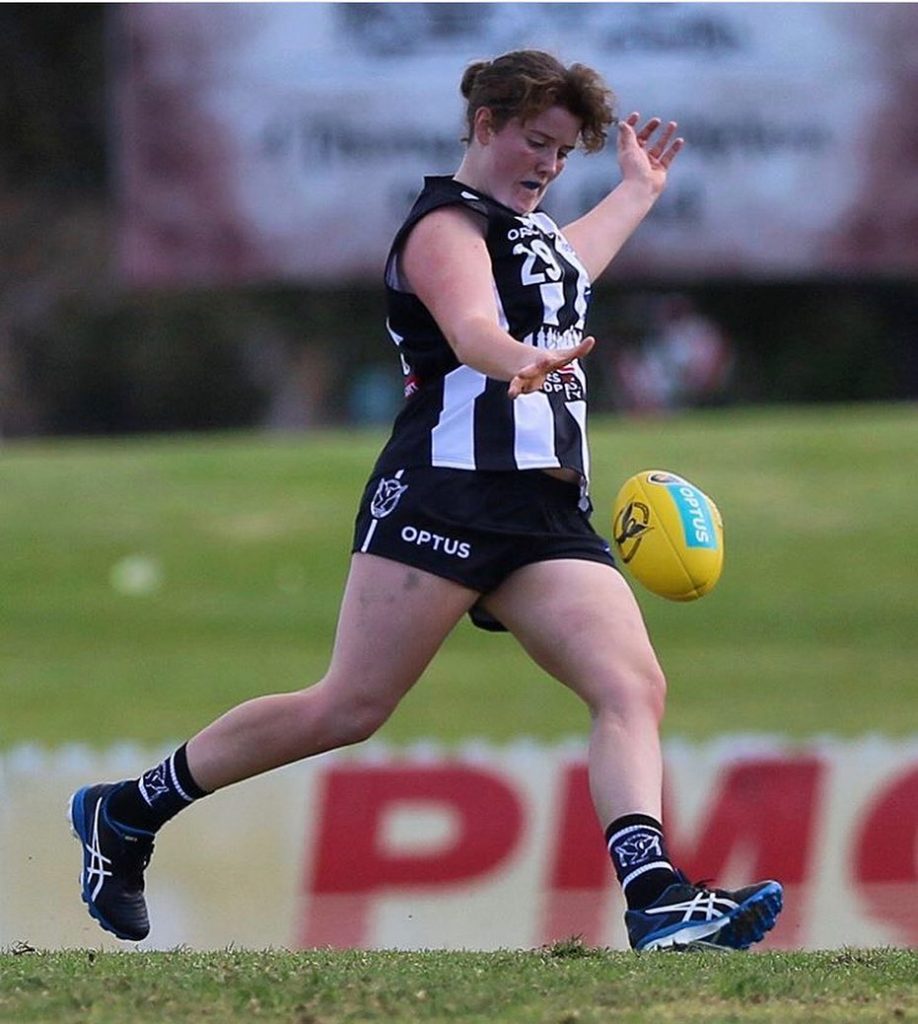 IN Round 5 of the West Australian Football League (WAFL) Women’s competition, we took a look at Swan Districts’ win over Subiaco and the abundance of youth running around in the game. A number of top performers stood out ahead of the 2021 AFL Women’s Under 19 Championships starting on Sunday, with all notes the opinion of the individual writer.

A high-impact player who does not need a lot of touches to have an influence, Baker did well between the arcs, providing some great spoils at half-forward and taking strong grabs on the wing. She had a chance to hit the scoreboard herself in the second term after working hard to find space, but the wing’s flying shot went to the left.

An eye-catching performance up forward, Buckley had plenty of almost-opportunities, but showed a balance of offensive and defensive traits. She took a few steps inside 50 and had a shot on goal which drifted to the right, then broke through a tackle in the last 30 seconds of the opening term but it was turned over. Her work rate in different contests was superb, making second and third efforts regularly, then hit up teammates inside 50 for scoring opportunities. At times Buckley would find herself opposed to multiple opponents but kept cracking in, and an example of her second efforts included a mark at half-forward, kick inside 50 then pushed deeper to win the ball again and knock it out.

Had a few eye-catching moments throughout the match, staring with a strong intercept mark in the defensive 50 in the second term, kicking clear to the wing. In the third term, Corlett went forward, marked inside 50 and played on despite an opponent being right next to her, running forward to kick the ball through the goals as she was being dragged down.

Another strong performance from Cox who battled away at the stoppages. She cracked in hard using her strong body to advantage, as well as hitting her targets with her powerful, pinpoint passes. She is strong overhead and is quick to recover if she does not take it, and whilst she was once caught for holding the ball, it did not temper her aggressive style of play, fending off an opponent not long after in the third term and kicking it forward. In the final quarter, Cox fought off a couple of opponents to be tackled and get a clean handball away.

Played in a number of roles, but had a great battle with a number of opponents including Jess Cox and Dana East. She was strong around the ball and always attacked the contest. Despite giving away a couple of free kicks, she kept being aggressive with her movement such as looking to pass inside 50 but just missing the target, then going onball and grabbing a few possessions in close.

A standout game once again from East who is racking up best on ground performances like there is no tomorrow. Won around 20-odd touches, kicked two goals and was friends with the umpires all day courtesy of her attack on the ball. She won six free kicks – most of which came in the opening half for the opposition being worried about her impact around the ball. She was clean and neat by hand or foot, and strong in the tackles to fend off opponents and quickly get her hands free. Her first goal came in the second term where through hard running, she received the handball from Bella Edgley and kicked on the run for a great set play goal. After missing a snap early in the fourth quarter, East nailed a set shot from 40m after receiving a 50m penalty and had her second of the day. She had an all-round standout performance and is set to have a huge impact at the AFL Women’s Under 19 Championships.

Another player who had a game of almost-chances, converting a major four minutes into the match and then presenting for a full four quarters. She laid a great tackle in that first term to win a free kick and convert the set shot from 15m out, then was lively in the forward half. On a number of occasions she would work hard to get to the right spot, put the hands up and just be knocked off it or slip through her grasp, but it was a promising effort. She clunked a number of grabs and her work rate was superb, showing that with time she will continue to develop other areas of her game.

A fierce competitor, and backs herself one-on-one, Hardy is able to nullify contests against her direct opponent if she cannot outright win them, and she has a strong pair of hands. She can use the ball well too which is a plus, and works hard to drop deep into defence and help out teammates to go forward. She rushed a handball later in the third term, but when she has time and space she uses the pill well.

There are some traits you cannot just teach and Henry’s composure and decision making are right up there with players more experienced than the 15-year-old. She has enjoyed a good season, and is a player that teammates love getting the ball in the hands of, with a perfect example of her composure coming in the final term where she timed a 20m handball perfectly to Emily McGuire to keep the ball in transition. She laid some strong tackles, but it was her footskills and strength to stand up in tackles that shone, winning plenty of the ball and being a springboard out of the back 50 to go forward time and time again.

Genuinely could have finished the game with three goals, but just needed that finishing composure after working hard to get into goal-scoring opportunities. Unfortunately she could not quite cap off her good work, which began 16 minutes into the second term where Mikayla Hyde unselfishly gave off a great handball for her to run into goal, but it came off the side of the boot and hit the post. A second chance came in the third term where she ran and ran from half-forward inside 50, until making one too many steps and was dragged down. In the fourth term she got to the right spot, marked 15 metres out, but the set shot also drifted to the left for one behind.

Started in the ruck and then rotated through there with Aimee Ralph. Lakay’s leaping and clean taps – which also included some nice punches to space – will hold her in good stead against the most athletic ruck at Under 18s level in Zoe Prowse on Sunday, completely dominating her respective opponent in the match. She spread well around the ground, and particularly was noticeable in the second half where she won the ball on a number of occasions and provided strong physical pressure at ground level.

Mopped up some issues in the back half, including one of her own errors in the final 20 seconds of the opening term where she was a touch casual and spilt the ball deep in defence, but went over and laid a strong tackle to win a free kick. She had a purple patch in the third term with about three or four touches in a minute, working hard to repeat stoppages.

Great follow-up work at ground level, showed her strength time and time again with pressure around the ball carrier. Did not need to win a lot of the ball to have an impact, but showed on a few occasions she has quick hands at ground level, and even had a shot on goal though her powerful kick went left for one behind.

Another game of highlights scattered throughout the match, but it was more consistent across the four quarters, showcasing her trademark running and ability to open the game up with her kicking. She had a quick snap on goal 12 minutes into the match but could not quite curl it enough around the post, then had a big start to the second term with a lot of touches early in the quarter. She kept running the ball in transition throughout the second half, and bounced back from a big tackle on the wing to put in another promising effort later on in the final term to aid her teammates. Her mark and sidestep at half-back to kick to the wing, then run forward to the next stoppage and lay a tackle was impressive.

In her second game, Taylor really came alive and impressed with her quick ball movement and athleticism in close. She has lightning hands to dish off and works hard to run into space and receive the ball. A couple of times she had a snap in the second team with some snaps on goal but just missed both, including one where she found herself in more time than she thought, fumbled and had to rush the kick. Overall she had a really strong game, particularly in the first half where she was involved in transition regularly.

At times could rush her disposal, but had a really solid game across the board for the Lions, going in hard to win the loose ball, and won some free kicks for her efforts. She showed quick hands at ground level and was not afraid to crack in and quickly clear the ball forward.

An incredible work rate, with the hard running outside player showing nice composure with ball-in-hand. Her best moment came in the second term, where, marking at half-back she hit a target in the middle, kept running, received it back, ran again and picked up a third touch – after the kick missed her, and then handballed to a teammate to kick forward. She copped a knock in the third term from a tackle on the wing, but got up and ended the game as a fairly consistent player winning plenty of the ball.