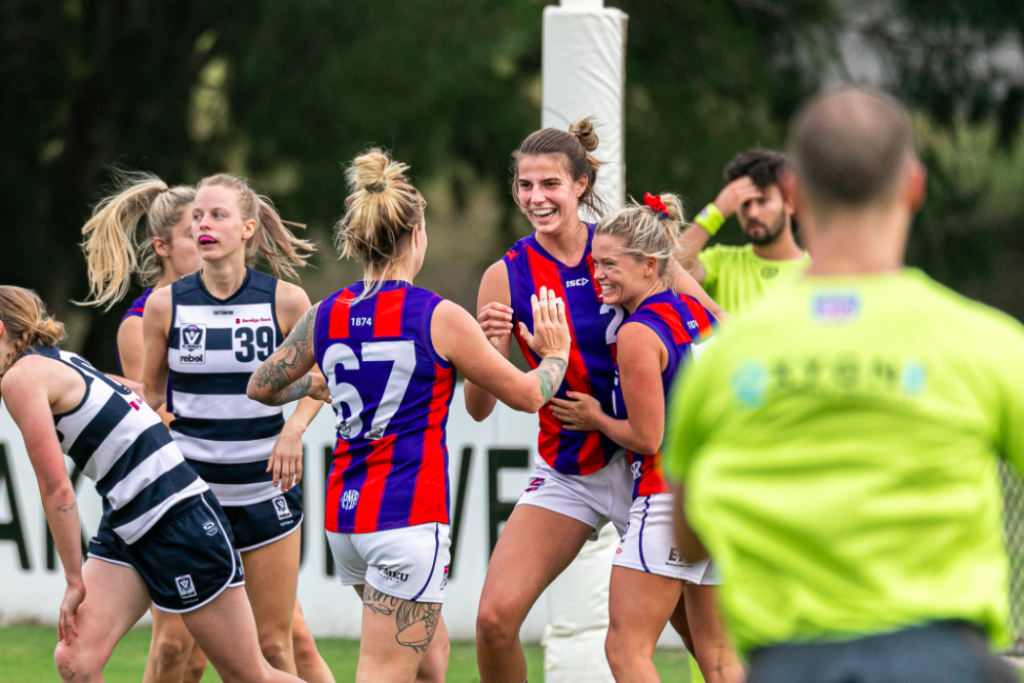 A HEAP of young prospects are set to filter through the Victorian Football League (VFL) Women’s competition in 2021, with the revamped structure allowing Under 18 and 19 NAB League players to align with state league sides as both seasons run concurrently. Round 4 saw plenty of talent scattered across each side, and we take a look at how VFLW-listed players who currently play in or have graduated from the NAB League, performed.

The Western Bulldogs have blooded plenty of youth across all levels in 2021 and that was no different on Saturday, though the young pups went down to Williamstown. Former Richmond player Nekaela Butler made her debut in red, white, and blue, joining a strong contingent of NAB League graduates in the side. Nikita Wright booted a goal, while Brooke Hards tackled strongly and former Sandringham pair Molly Denahy Maloney and Margie Purcell also featured.

Sophie Locke booted three majors as Port Melbourne claimed the scalp of Geelong on Saturday evening, putting her clear atop the VFLW goalkicking charts. Former Carlton-listed utility Bridie Kennedy also got back into action for the Borough in their win. For Geelong, the likes of Tamara Smith and Paige Sheppard have established their spots among a talented team which should feature in finals.

Casey fielded a strong side in its win over the Southern Saints on Sunday, with Emma Horne among the standout VFLW-listed youngsters to run out. Meanwhile, Gabby De Angelis returned in the red, white and black after missing last week as Grace Hodder continues to feature at the level.

A Carlton squad stacked with AFLW talent trumped North Melbourne for its second-straight win, pushing some young prospects out of the side. On the other hand, North welcomed Jayde Hamilton back to the fold for her second state league outing after NAB League commitments, while former Richmond defender Ciara Fitzgerald was again named in the votes.

Essendon’s mix of experience and youth shone through in the Bombers’ comprehensive 67-point victory over Darebin, marking their third win for the season. Former Calder Cannons teammates Alana Barba and Felicity Theodore both snared two goals in the victory, with Barba also named in the votes alongside Grace Dicker. Murray graduate Eloise Ashley-Cooper was also among the action in red and black.

In the final game of the round, Collingwood held off a pesky Hawthorn unit to win by 15 points and remain undefeated, with Olivia Meagher and Neve O’Connor both taking the field in black and white. Hawthorn had some strong contributions from Chloe O’Malley and Maddi Shaw, with the versatile Lauren Szigeti also in the thick of things.