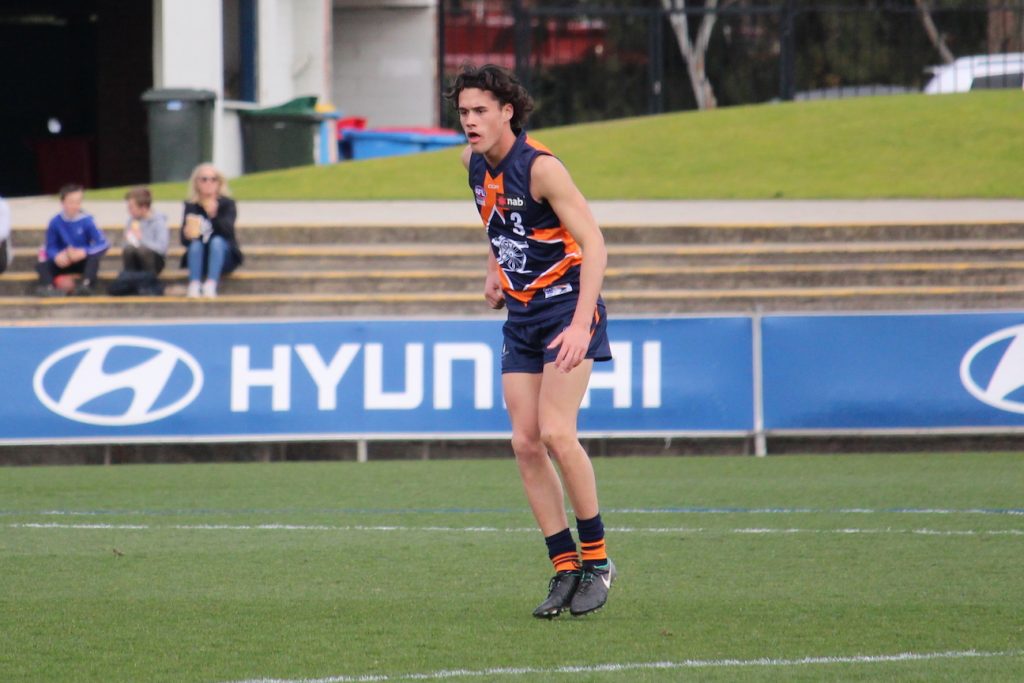 CALDER Cannons come into the 2021 NAB League season having faced some challenges over the past year, but boast an exciting list with plenty of pace and a highly-touted draft eligible crop which finally gets the chance to shine.

Head coach Ross Smith, who will also overlook the Vic Metro squad on top of Calder’s boys and girls programs this year, was optimistic despite the “unknown” ahead of Saturday’s season opening game against Western Jets.

As the league’s top age rises to 19, Smith says Calder will continue to give opportunities to players in said age group after they missed out on the opportunity to prove themselves in 2020. In terms of the Cannons’ chances against Western, that is where the unknown comes in.

“There’s a few of those; Sam Paea and Sam Clohesy in particular, those two are going really well. We’ve also got five guys over 200cm at the moment so our ruck stocks are really good. We’ve got a young kid called Liam Podhajski coming through, Mitch his brother played at the Cannons in the past and he’s really blossomed over the break.”

The NAB League has undergone a structural change ahead of season proper, with a revamped fixture set to be released in full ahead of Round 1. Greater opportunities for draft eligible prospects to train and play at state league level will also present, allowing players an insight into elite level professionalism.

“(VFL opportunities) bring players into a professional environment I suppose,” Smith said. “The Essendon facilities are a bit better than at Highgate (Recreation Reserve) down in Craigieburn, but it also puts them in with some really professional staff and I think it gives them a real snapshot going forward of what it might be like going forward if they get the opportunity to get drafted.”

With a large chunk of Victorian talents about to return to competitive action after around 18 months away, maintaining touch and fitness levels have proven some of the many challenges NAB League regions have overcome in a short time. Despite missing out last year, Smith says some players may even be “better for it”.

“Obviously they’ve missed some footy so it’s going to be a little more challenging kicking off compared to what South Australia and Western Australia have gone through,” he said. “I think that gap will close really quickly, we’ve had them for a period of time now and the break that they’ve had, they’ve come out of nearly over the top in some ways. They might actually be better for it initially. It’ll maybe take a week or two but I don’t think it’ll be too long before they hit their straps.”

While Smith mentioned a few players to watch in 2021, there are plenty of others set to take toll for the Cannons in hopes of being drafted. Below is a brief list of the standouts, who are all draft eligible.

Jackson Cardillo – An explosive midfielder-forward who was unlucky to miss being drafted in 2020. His key strength is his speed, but he is looking to improve on the endurance side of things and enhancing his goal sense. Cardillo will also ply his trade with Essendon’s VFL side throughout the year.

Josh Goater – Another explosive type who stands out in terms of foot speed, Goater also has clean skills by foot and has been working hard on hitting new levels in his endurance. He will likely roam half-back and the wing while attempting to crack Calder’s midfield.

Zac Taylor – The exciting small kept himself busy doing sessions with mates at Oak Park during 2020, and should have little trouble catching the eye with his skills this time around. He is a zippy type but has a solid endurance base to match, which should hold him in good stead to play midfield.

Harrison Andronaco – One of the many top-agers to have already played NAB League football, Andronaco is looking to showcase his dynamism and wow-factor as a small forward who can also relieve in midfield. His speed is a strength, but Andronaco is still refining that area, with pressure and scoreboard impact among the other traits he is hoping to present.

Jack Newitt – A dynamic type who has often played slightly above his size, Newitt is set to take up a key defensive post for Calder in 2021. Coming from a basketball background, his clean hands overhead and athleticism stand out, but it is the improvement areas which Newitt hopes to showcase this year.

Josh Misiti – An Essendon father-son prospect (son of Joe), Misiti did a lot of work with mates to keep on track during 2020. He is a massive Bombers fan and has some nice athletic attributes which will come in handy as he looks to transition into midfield. He would be a solid body in there, but has also played a lot of junior footy in defence.

Cairan Wrigglesworth – One who is yet to debut for Calder, Wrigglesworth has overcome previous injury issues and could be a real surprise packet this season. His speed and marking are key strengths, which should come to the fore running off half-back or through midfield.