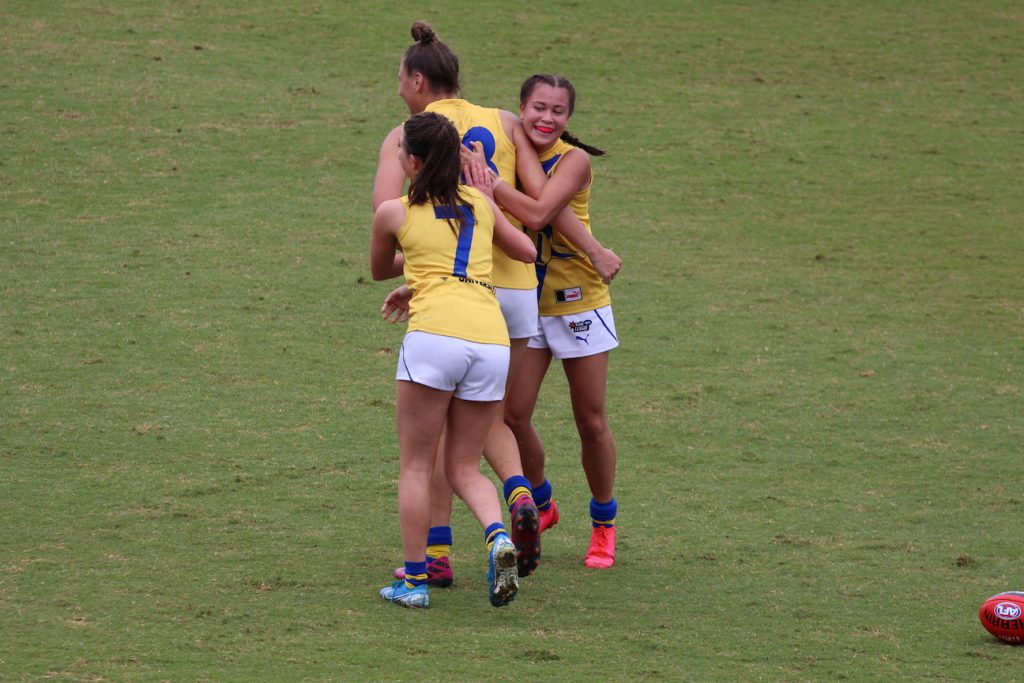 THE NAB League Girls competition continues to go from strength to strength, with six entertaining games on the weekend throwing up another mixed bag of results – including two one-point thrillers. In continuing our new weekly series, we take a look at the top moments from each match – whether they be game-defining feats, big marks, glorious goals, or otherwise. There was plenty of eye-catching action in Round 7 as some of the nation’s best youngsters churned out another batch of impressive feats.

In closely contested games, it usually takes a spark of individual brilliance to break open each armwrestle, and that is exactly what Eastern forward Alyssia Pisano produced on Thursday night. The 15-year-old showed class and confidence beyond her years; latching onto a loose ball over the top in her attacking 50, before looking back to see Calder’s Kasey Lennox and dismissively taking off to burn the defender and boot an electrifying goal. It put the Ranges ahead during term two, and they stayed ahead thereafter.

Another foot race of sorts makes for our second memorable moment, this time in the clash between Bendigo and Dandenong. Speedy Stingrays forward Amber Clarke and 15-year-old Pioneers prospect Lila Keck were the players involved, as the ball was delivered inside Dandenong’s forward 50. As she has done all year, Clarke was the first to make it to the fall of the ball, narrowly beating Keck before slotting a nice goal from about 35-metres out on the angle.

Murray got its first win on the board for 2021, trumping Gippsland to the tune of 47 points. It was a highly competitive match though, as both sets of players gave it their all for four quarters despite the result being arguably beyond doubt after the third term. A great example of that was Keeley Skepper‘s courageous mark in the final stanza, which saw her go back with the flight of the ball and jump to take it on her chest with opponents closing quickly the other way. She did not have to put her body on the line at that stage with her side well in the lead, but showed terrific intent and produced a great highlight.

Only four goals were kicked as Western held off Sandringham in a wet and windy affair at RSEA Park, but the final exchanges will live long in the memories of each player. With around 90 seconds left on the clock, Sandringham held the perfect territory and set about bombarding Western’s defensive arc with long kicks and plenty of pressure at ground level. There were desperate appeals for free kicks, last-minute spoils, lunging tackles, and rolling scrums across what was a gripping set of passages. Ultimately, the Jets somehow held on to win by the narrowest of margins for their second victory in 2021.

There seemed to be a need for speed across this weekend’s proceedings, and if there is one player who can deliver on that each week it is Northern Knights winger, Maykayla Appleby. The AFLW Academy member was able to receive on the outside after some nice work from teammates in the centre square, before tucking the ball under her arm, taking a couple of bounces and slotting the Knights’ third goal in the middle of term three. All class.

Oakleigh made its road trip to Ballarat a fruitful one on Sunday, as it lead at every break and kept the Greater Western Victoria (GWV) Rebels goalless. Brooke Vickers saved one of the game’s highlights until late on, as she capped off the strong team outing with a handy solo goal in the final term. After contesting aerially with Rebels tall Ella Friend, Vickers mopped up the ground ball, weaved through traffic and slotted the ball home with aplomb. Usually a half-back, she was employed on the wing at times and it is little wonder why with such attacking acumen.