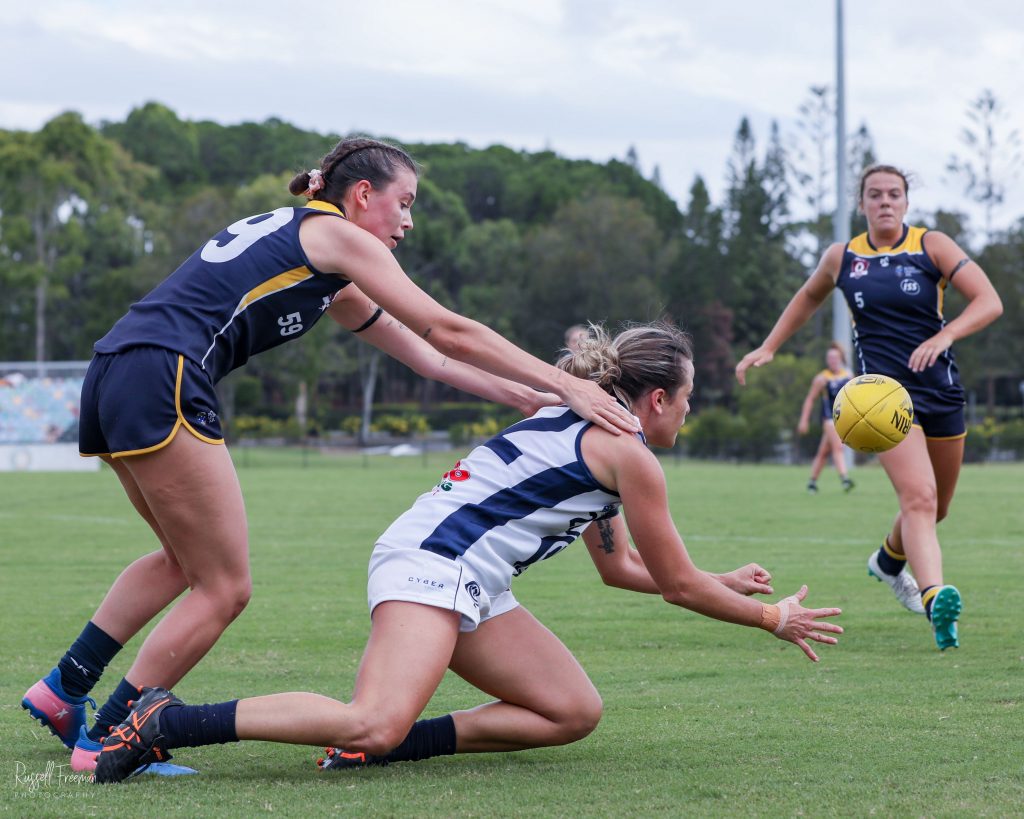 NOT too often do you get a scenario where the reigning premiers and reigning wooden spooners will create a highly-anticipated matchup the very next season, but the Queensland Australian Football League (QAFL) Women’s competition offers just that. Reigning premiers, Yeronga South Brisbane will travel to Aspley where they face the Hornets at Graham Road, in a game that will be a measuring stick for both teams. In other matches, the unbeaten University of Queensland hosts Coorparoo fresh off its first win of the season, whilst Coolangatta Tweed – having been forced into a bye last round – will lock horns with the fellow winless side, Maroochydore. In the sole Sunday game, a fresh Bond University will head to Hickey Park where they take on Wilston Grange.

Unfortunately the recent COVID-19 scare in Queensland stopped the Under 19 State Academy members from flying down and competing in Victoria last weekend, which meant a number of top teenagers will have gone without the competitive match. Aspley has a number of talented youngsters in their ranks, with Lucia Liessi back in the side and named at half-forward, with Kadie Fletcher (wing) and Charlotte Mullins (half-forward) also earning state honours. They take on a Yeronga side stacked with talent, and goalscorer Zimmorlei Farquharson named up on a wing, allowing the likes of Emmii-Lee Zanker Close and Lexia Edwards to hit the scoreboard. Starting in the ruck, Queensland Under 19s representative Christine Okesene will be hoping to impress against Angela Lingard while the midfield battle because Luca Mason and Courtney Daniec, and Madison Goodwin and Jordan Zanchetta will also be key within in the match.

Lauren Middleton has earned Queensland Under 19s state honours and will be hoping her University of Queensland side can remain unbeaten up against Coorparoo in their clash. The Kings are coming off a thrilling one-point victory over Maroochydore last week, and they were made to work for the win, with the likes of Madi Crowley-Long and Lucinda Benjamin in great form. Macie Brown (interchange) and Kalista-Jayne Shiner (emergency) are the Kings’ representatives in the state side. The Red Lionesses had a great upset win over Yeronga South Brisbane last week, and Mia Teubler was impressive, as has been Megan Hunt all season. The Kings will look to Chelsea Chesterfield and the returning Emma McKenzie as a source of goals in the match as they hope to cause an upset themselves against the in-form Red Lionesses.

In the battle of the winless sides, Maroochydore has loaded up on its elite young talent, with AFL Women’s Academy members Bella Smith and Maggie Harmer back in the line-up and midfield for the clash. They will rove to the in-form Jacqueline Dupuy, while Chloe Gregory and Jya Epstein round out a strong midfield. Brianna McFarlane and Makeisha Muller are others up forward who could cause some headaches for the Bluebirds. Coolangatta Tweed have a ridiculous amount of Queensland Under 19 representatives, with eight making the final 29-player squad. Keyshia Matenga (onball), Imogen Evans (centre half-forward), Casey Wynne (onball), Faith Alchin (back pocket), Sally Evans (half-forward), Sophie Ure (forward pocket), and the Cockatoo-Motlop twins in Laquoiya and Litonya (midfield) all made the final cut this week. In terms of young talent, this is the game to watch.

In the final match of the round, all eyes will be on Bond University after a week off, with the young guns returning to the team to face Wilston Grange. AFL Women’s Academy member Mikayla Pauga is back at half-forward, with top talent Teagan Levi coming off the bench, but is sure to impact the contest. The inside midfield is stacked with Ellie Hampson returning to the side, and then the likes of Georgia Brehmer and Shannon Danckert also in. Jasmyn Davidson (ruck), Lily Tarlinton (forward pocket) and Giselle Davies (back pocket) are the other Sharkettes to make the state side. For the Gorillas, Abbey Hewett will look to have her say in the midfield with Mackenzie Findlay following Hewett being named in the state squad, as was full-forward Brooke Sheridan. Rheanne Lugg and Ruby Svarc are other Gorillas who could use their experience to have a real say on the result.