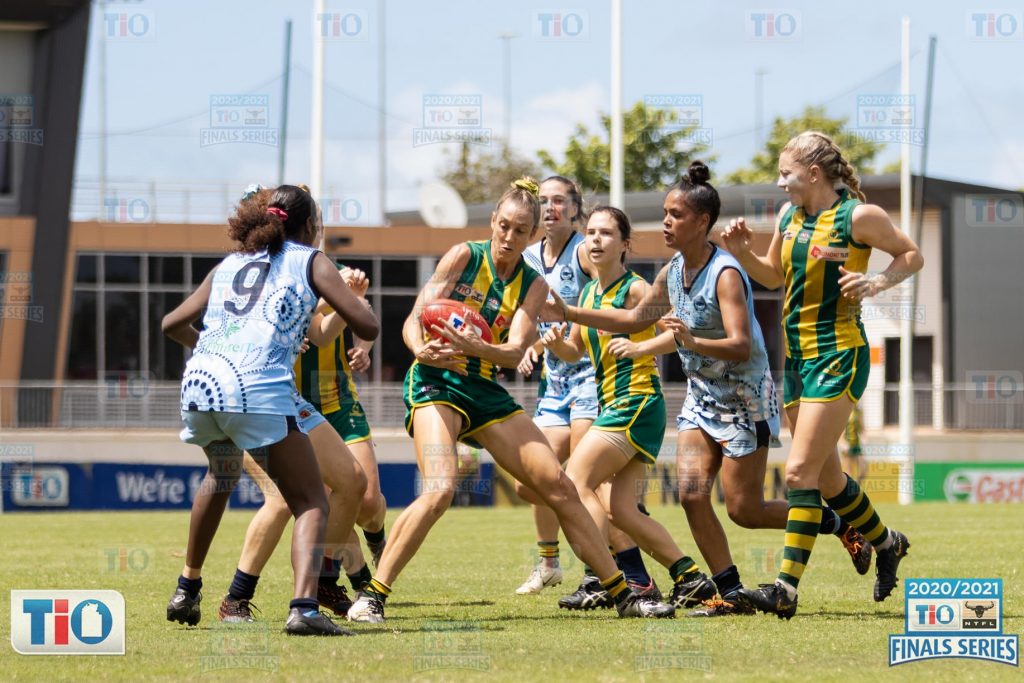 AFTER 18 home-and-away rounds and an enthralling finals series, the 2020/21 Northern Territory Football League (NTFL) Women’s Premier League premiership decider is upon us. A blockbuster grand final match-up is set to take place at TIO Stadium on Saturday evening, as minor premier, Pint takes on the Darwin Buffettes in a clash between this season’s first and second ranked sides. We take you through the key numbers and players in both games ahead of what should be a cracking day of NT football.

Darwin and Pint’s 2020/21 rivalry comes to a head in Saturday’s grand final, as the two sides prepare to do battle for the fourth time this season. The Queenants should hold some semblance of favouritism as minor premier, having gone through the regular season unbeaten and already knocked off the Buffettes twice. But most recently, Darwin got its own back with a remarkable comeback victory as the two teams locked horns for the qualifying semi final, proving the result could well go either way here. The aggregate margin is as narrow as any two rivals this season (three points), further proving how close this match-up is. Expect both sides to look to score freely once the early nerves settle, with plenty of firepower lining up through either midfield and forwardline. With the first and second ranked regular season sides left, Saturday’s spectacle should be superb.