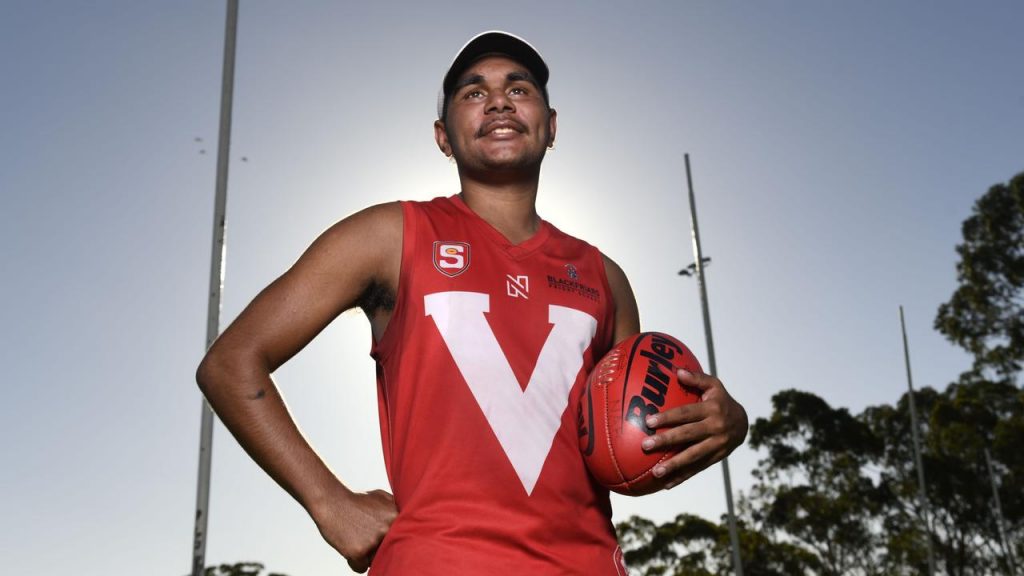 ADELAIDE fans will again have their eyes on a budding Next Generation Academy (NGA) prospect, with North Adelaide talent Blayne O’Loughlin gunning for the big leagues in 2021. The crafty defender enjoyed an exceptional bottom-age South Australia National Football League (SANFL) Under 18s season last year, with his ability to break lines and cleanly deliver by foot impressing many onlookers. He also has terrific family footballing ties, as the nephew of Sydney Swans great, Michael O’Loughlin.

Q: How do you think you tested today?

A: “I felt I went pretty well. Yo-yo was probably the biggest one I was focussing on and I ended up beating my score from last year. I was one (level) away from 21 so I’m pretty upset about it but what can you do, hopefully I beat it next time.”

Can you tell us a bit about your footy journey so far?

“I started in Under 6’s at Gepps Cross then throughout the grades I moved to Gaza, and Payneham Football Club. Then I was with North Adelaide through the Under 13s and all the way up to the 18s now.”

What are some of your goals for the season individually and with North Adelaide?

“The main thing is probably to get into the leadership group, that I was one thing I wanted to work on this year because last year as an under-ager I was starting to get a bit more vocal on the ground, so I’m looking to bring that into this year and hopefully get into the leadership group to see what the coaches think. But I’m always trying to help out my other teammates, especially the younger ones as well.”

How would you describe yourself as a player?

“I feel like I’m a crafty backman, so one that likes to use the ball by foot but likes to get teammates involved at the same time and find them space very well.”

Are your skills your best attribute?

“Yeah, I feel like my skills are my biggest attribute but I’m working on trying to get fitter so I can use that as another attribute to work well with my skills.”

Is there any player in the AFL you would compare yourself to?

“Someone like Zac Williams or Bachar Houli. More Bachar Houli in a one-on-one, but then I like to run-and-carry a bit so that’s why I like to look at Zac Williams, he likes to use the ball by foot and run with it.”

How has being tied to the Adelaide Crows academy been for you?

“It’s been pretty good. I’m training with the Crows now so we’ve trained over the last two weeks with them, up with the senior squads doing a bit of weights and touch sessions with them. It’s been good, just looking at the professionalism in what they do, the nutrition they use and how they go about training, the way they encourage the new lads, it’s very welcoming there.”

Would you be happy to go there, or anywhere?

How would you describe yourself as a person, off the field?

“Just a fun and outgoing person. Someone who likes to have a laugh with mates and teammates, I got a lot of mates at different clubs so we like to have a bit of competition with each other but at the same time it’s just fun. I like to go to the beach, take my mind away from footy, that sort of thing.”

How did you go about managing school with footy during last year?

“I finished school last year, so it was a bit tough at the start due to Covid. I had to do a lot of stuff online so I had to get into a good rhythm, just to wake up early because some people don’t like that and just doing work from home. I wanted to finish my schooling, that was my main (goal) last year, just to finish Year 12 but then to have a good footy season as well. It worked out pretty well so I’m pretty happy with last year.”

What’s the plan for this year?

“I’ve got a foundation course with uni. I didn’t know what I wanted to do last year, that’s why uni offered a foundation course, so it’s like a set-up for how to start uni and all that. I also had an apprenticeship but that was 38 hours a week so I can go back to it.”