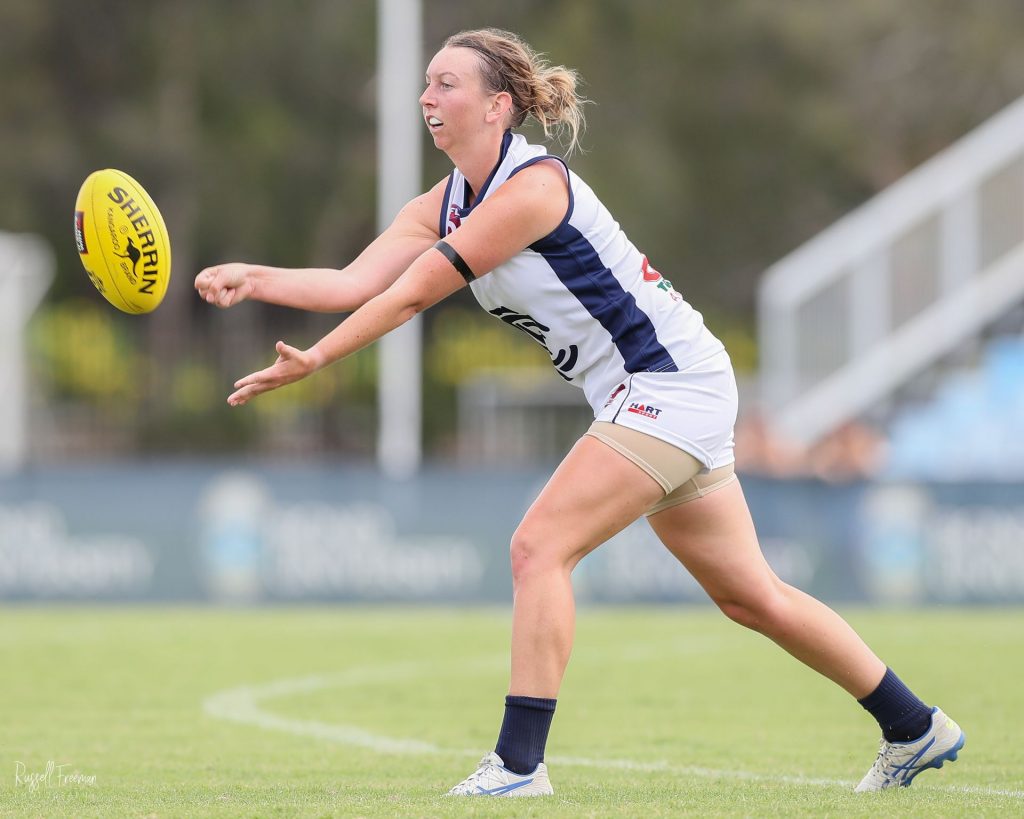 TWO of the bottom three sides in 2020 now occupy the top two spots on the Queensland Australian Football League (QAFL) Women’s ladder after three rounds, with Aspley Hornets and University of Queensland both picking up their third consecutive victory. The Hornets won against the other bottom three side from last season Wilston Grange, while the Red Lionesses rocked the apple cart with an upset victory over the red-hot reigning premiers Yeronga South Brisbane. In the other match played, Coorparoo got up by a point over Maroochydore to get their first win on the board this season, while the Coolangatta Tweed and Bond University match was postponed until April 17 following heavy rain in the Sunshine State.

Aspley Hornets and Wilston Grange were neck-and-neck throughout the first half, with the unbeaten home side holding a narrow four-point lead at half-time. The Gorillas had been impressive up to that point in restricting the Hornets, but 4.5 to 0.2 in the second half resulted in the home team running away with the contest, 7.10 (52) to 3.3 (21). Mia Liddell slotted two goals in the win for the Hornets, while Lara Mason, Courtney Daniec, Maddy Kawa, Morgan Lanigan and Brooke Jarrott also hit the scoreboard with a major each.

Mason was one of the more impressive Hornets on the day, named amongst the best with the Pringles, Taylah and Jazmyn, as well as Alanna Perry. For the losers, Sophie Wheeler, Jessica McMullin Matthews and Holly O’Flaherty all added singles in the first half. Kylie Welsh, Kaitlin Day, Mackenzie Findlay and Ruby Svarc were among the better players in the match for the Gorillas who are still searching for their first win of the season after three consecutive losses to open 2021.

University of Queensland caused the upset of the round in the battle of the undefeated sides, taking care of Yeronga South Brisbane by 26 points. Lucinda Benjamin led the way with four majors in the 10.2 (62) to 5.6 (36) victory, as a five goals to one second term was the key to the boilover. The Red Lionesses kicked four goals to three in the other three terms, but it was the dominant second stanza that stood out for the winners. Benjamin was outstanding in the win, while Rachael Vetter slotted two goals, and Meagan Cook, Julia Dawson and Stephanie O’Brien all kicked the solitary major.

Mia Teubler, Jessi Henning and Megan Hunt were among the best players in the win for the home team, whilst the experienced talents of Jordan Zanchetta, Madison Goodwin and Lucy Bellinger were steadfast in defeat for the Devils. Zimmorlei Farquharson only kicked the one goal but was again in the top few players on the ground, as Lexia Edwards, Goodwin and Adrienne Keeffe slotted the other majors for the Devils.

The final game of the round was an absolute thriller with Coorparoo coming from behind at half-time to roll over Maroochydore by the final siren. The Kings trailed by 13 points at the main break after the Roos slotted 2.1 to 0.0 in the second term. Coorparoo clawed its way back into the contest, booting 3.1 to 1.1 to close to within a point at the final change, then kicked the final goal of the game to come over the top by one point, 5.2 (32) to 4.7 (31). Ellie Bowden was the only multiple goalkicker in the game, slotting two goals, while Caitlin Renner, Jessica McLean and Gabriella Abi-Fares also hit the scoreboard.

Hannah McLaughlin and Alexanderia Grace were also impressive in the Kings’ win. For the Roos, Chloe Gregory and Jacqueline Dupuy both kicked a goal and were amongst the best, while Kate Parkinson and Jennifer Carden-David also kicked majors. Taya Bowman, Rianna Sills and Rachel Crack were also standouts for the visitors in the narrow loss.

The match of the round next week sees Aspley up against Yeronga South Brisbane, while Maroochydore and Coolangatta Tweed eye off their first wins of the season. Meanwhile University of Queensland looks to remain undefeated against Coorparoo, and Wilston Grange takes on Bond University.