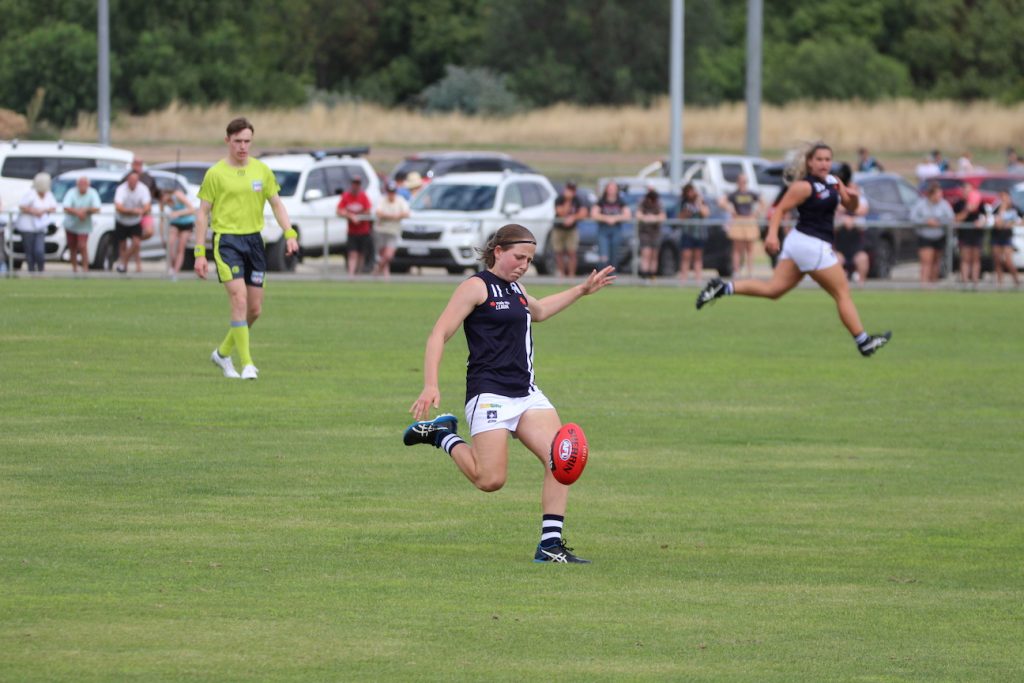 TESS Craven has become the second Geelong Falcons player to be nominated for the Draft Central NAB League Girls Player of the Week for 2021, following on from teammate Annie Lee‘s nomination in Round 4. Craven recorded a competition season-high 31 disposals in Geelong’s loss to Sydney Swans Academy, as well as five marks, five tackles, six inside 50s, six rebound 50s and a goal. That goal came at a crucial stage for the Falcons, drawing them within a kick at the final break, though it would ultimately not be enough in the end, going down by 13 points. Craven was nominated for the award after being voted in ahead of another talented performer this season in 2005-born Ava Jordan who shone in the Northern Knights’ win over Eastern Ranges.

In season 2021, Craven is averaging 24 disposals, four marks and four tackles from the completed statistical games (the one against Bendigo is yet to be officially filed), as well as 4.3 inside 50s and 3.3 rebound 50s. Playing predominantly as that inside midfielder, Craven just finds space around the ground and is able to hit the scoreboard on occasion, not afraid to go for strong overhead marks. But the draft-eligible midfielder also works hard defensively, winning her fair share of the ball in the back half of the ground.

Geelong’s loss to Sydney Academy was the first of the Falcons’ season in 2021, following three consecutive wins to open the year, and now sit at 3-1 and still well in contention for a good placing in finals.

GEELONG FALCONS AT THE COMBINE INTERVIEWS: