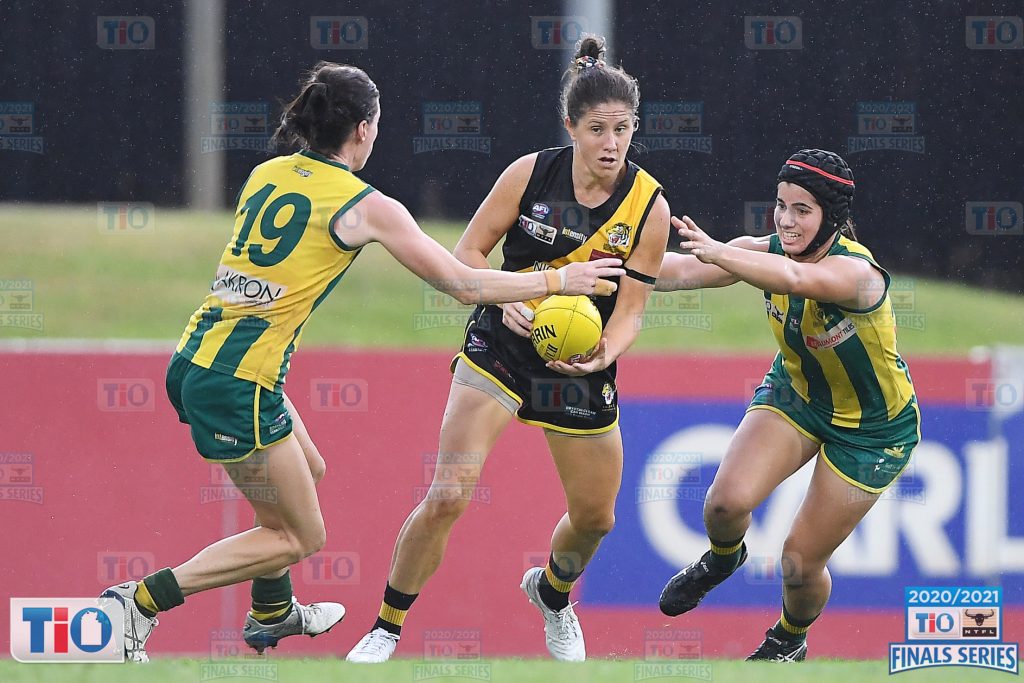 THE 2020/21 Northern Territory Football League (NTFL) Women’s Premier League grand final stage is set, as Pint defeated Nightcliff in the preliminary final on Saturday, and head into next Saturday afternoon’s season decider against Darwin Buffettes. After an undefeated home and away season, and bar a loss in the semi final messing up their unblemished record, Pint head into their maiden NTFL Women’s grand final and look to turn the tables on the side that beat them just two weeks ago.

A huge first half from the Queenants set up a 35-point win over Nightcliff, with the minor premiers bouncing back well from their only loss of the season during the semis. Whilst the Tigers blew St Mary’s out of the water only a week prior, it was a vastly different Nightcliff side that shaped up in this encounter, outclassed at every turn and unable to compete with everything Pint threw at them.

The three goal first quarter effort from the Queenants proved crucial, with majors credit to high pressure offensive work from Amy Chittick and Jessie Baumer, locking the footy inside forward 50. High pressure physicality through the centre of the ground limited clean disposal and marking opportunities from the Tigers, as Casey Morris put the first major on the board. It was all Pint from there, piling on five more unanswered goals to lead by 37 points at half time before Nightcliff finally broke the drought during the third.

A tighter second half saw the Tigers actually win the remainder of the encounter, as Nightcliff put 1.3 on the scoreboard to Pint’s 1.0, holding up the Queenants well and testing the side a lot better across the field.

Kristen Smits led the charge for the Queenants with two goals to her name, joined by Morris, Baumer and Chittick on the scoreboard as Jasmyn Hewitt and Claudia Fabris also found the big sticks. For Nightcliff it was Kristy Irvine who booted the lone Tigers goal, amongst strong efforts from consistent performers Eliza Morrison, Mickayla Ward and Emily Casey.

The Queenants will meet Darwin next week for a semi-final rematch, with results going both ways throughout the season and shaping up to be a huge contest at TIO Stadium next Saturday afternoon.