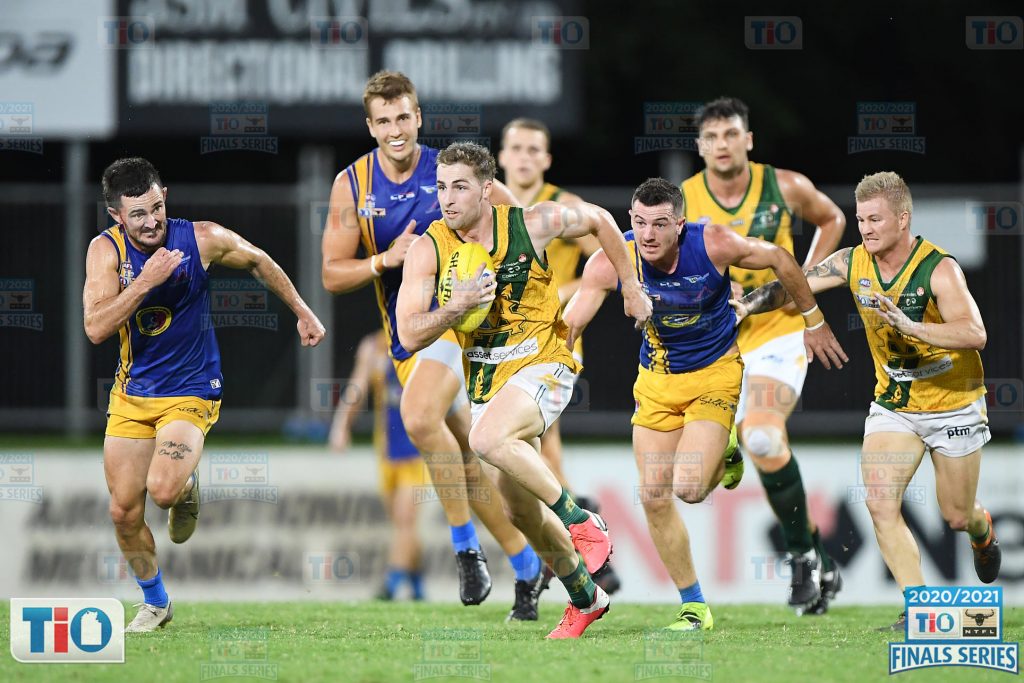 THE 2020/21 Northern Territory Football League (NTFL) Men’s Premier League grand finalists have been decided, after St Mary’s qualified for the big dance with an impressive win over Wanderers. For the second season running, the green machine will face Nightcliff in the decider, meaning the top two ranked home-and-away sides have lived up to their respective mantles. We recap Saturday’s preliminary final action.

St Mary’s advanced to its second-straight Premier League grand final with a 27-point win over Wanderers on Saturday, meaning a chance at redemption against Nightcliff awaits. The Saints led at every break and poured on 25 scoring shots to the Muk Muks’ 12, which proved a bridge too far in the 11.14 (80) to 8.5 (53) result.

It comes after a turbulent week off-field for the storied NT club, which was fined 10-thousand dollars and had its coach banned for breaching rules regarding fly-in players. The Saints also had to overcome a slight mental factor just two weeks removed from a finals loss to Wanderers, but put it all behind them to make it 3-2 against the Eagles in 2020/21.

Saints spearhead Jackson Calder again stood up on the big stage with seven goals, while the likes of Raphael Clarke and Dylan Landt were superb up the other end. Brandyn Grenfell was enormous in the ruck, with Matthew Wilkinson and Kieran Parnell among the most impactful transitional runners in green.

Acting Wanderers captain Simon Bates was terrific as his side’s most prominent forward target, leading by example with four majors. Young gun Dray Thompson capped off an exciting season with his trademark dash, while Jobastin Priest provided good service in the ruck and best and fairest winner Brodie Newman also stood up.