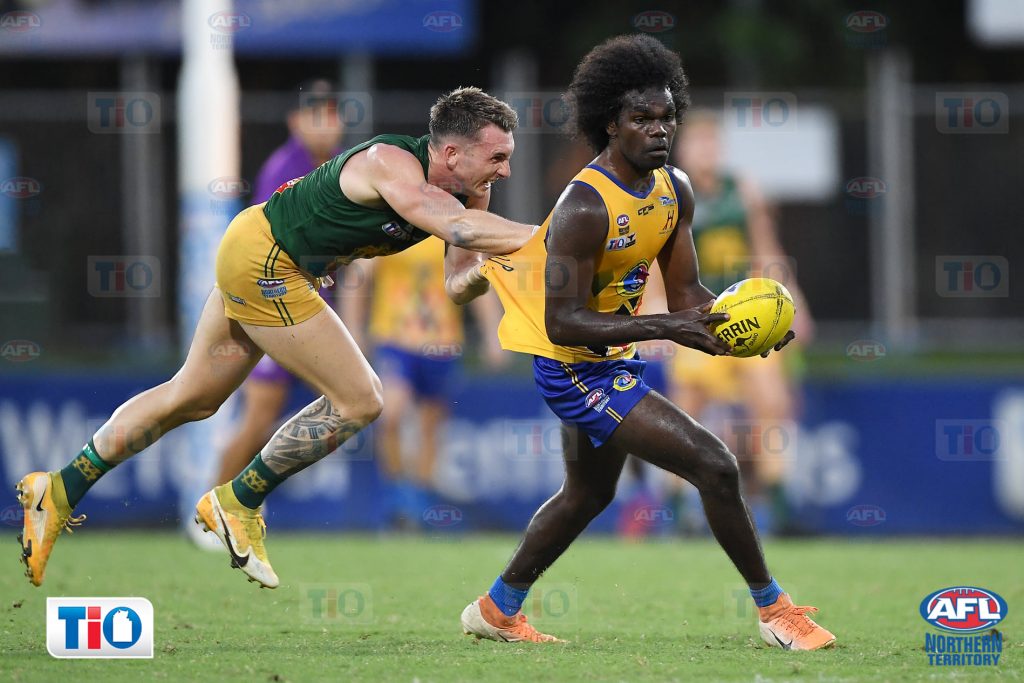 THE 2020/21 Northern Territory Football League (NTFL) Men’s Premier League finals series rolls on this weekend, with a blockbuster preliminary final match-up set to take place at TIO Stadium on Saturday night. Wanderers and St Mary’s will meet for the third time in four weeks, with a spot in this season’s grand final up for grabs. We take you through the key numbers and players ahead of what should be a cracking day of NT football.

Wanderers and St Mary’s lock horns for the third time in four weeks on Saturday night, as they battle for the chance to join Nightcliff in this season’s Premier League decider. The Muk Muks have bookended the four meetings between these sides with wins, but St Mary’s got the better of them twice in between, setting the ledger at two wins apiece for 2020/21. Most recently, Wanderers won out by 20 points just a week removed from being dismantled by the Saints to the tune of 79 points. It bodes for another unpredictable contest, especially with key players potentially missing from both sides. While injury and suspension have hit Wanderers, St Mary’s was recently slapped with a 10-thousand dollar fine for breaching fly-in rules, a punishment which also sees the Saints’ head coach suspended. Nonetheless, these teams know each other quite well by now and should provide a ripping clash with everything left to play for.