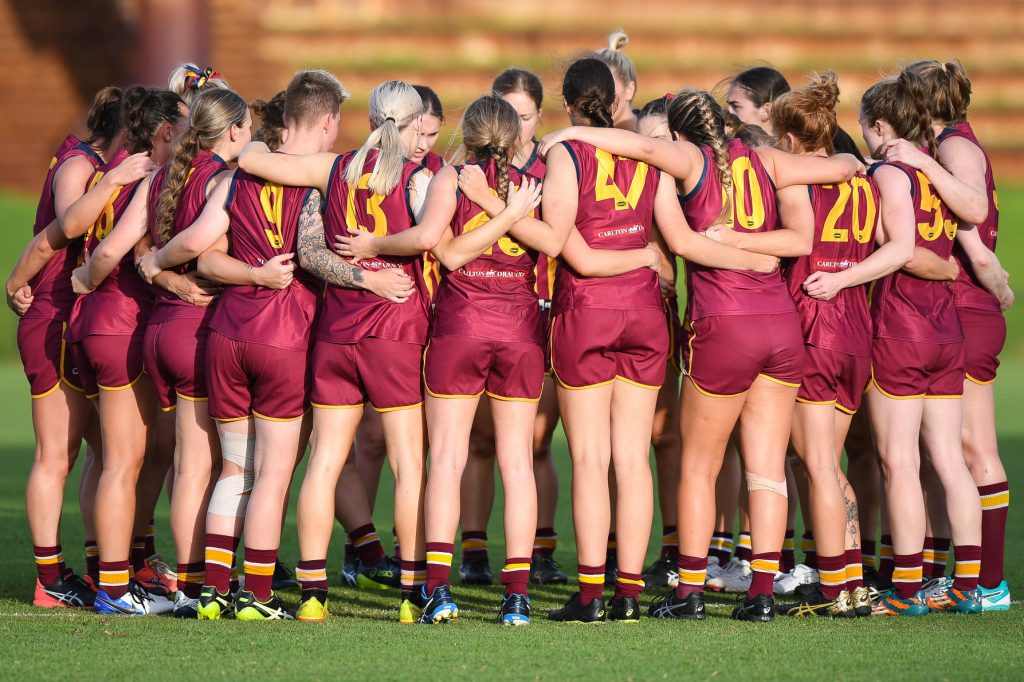 SIDES will welcome back some key inclusions for Round 4 of the West Australian Football League (WAFL) Women’s competition, as the top three sides face the bottom three sides to try and gain further separation on their opposition. The three games feature a predicted tight one between Subiaco and Claremont, with the Lions hoping to level out their season at 2-2, whilst the Tigers could move to 3-1 and potentially have an eight-point gap on the bottom three sides. Peel Thunder are in a similar boat, sitting at 2-1 after a loss to Swan Districts in Round 2, but will be looking to take out their frustrations on a young South Fremantle side looking for its first win. In the other game, the red-hot Swan Districts will travel to face East Fremantle with the Swans hoping to stretch their unbeaten streak to four, while the Sharks will hope to cause an upset and grab their second consecutive win after getting on the board last week.

Subiaco will have been disappointed by some missed opportunities in Round 3 in front of goal, scoring just one behind in a big loss to East Fremantle. Luckily the Lions have loaded up on talent for this round with captain Tarnica Golisano returning alongside the experienced Lara Filocamo, and young gun Abbey Dowrick. Claremont on the other hand also welcome back a couple of top talents with Jess Low back into the side after missing last week, and Kate Orme also into the team.

There are plenty of matchups to watch in the game, but the inside clash between Filocamo and Claremont captain Ella Smith should not be missed, while Jayme Harken will hope the inclusions of the Subiaco players will lead to more chances inside 50. She will have to content with West Coast’s Sophie McDonald, while up the other end, fellow AFL Women’s player Maggie MacLachlan will look to team up with Jessica Ritchie to quell young gun AFL Women’s Academy member Amy Franklin, and the dangerous Brooke Whyte. Mikayla Western showed plenty of toe for Claremont last week and Emily Bennett provided the run in tandem with Rachel Ortlepp, whilst Rachel and sister Claire could cross paths at some point during the day. Subiaco have some impressive talent running around in Kia Buckley, Beatrice Devlyn and Ellie Blackmore who can bring the ball down in transition, and will be hoping to turn it around with a good result here, but the Tigers are a difficult team to beat and expect them to be favourites.

Moving onto the East Fremantle and Swan Districts clash, the Sharks will need to be at their absolute best to try and quell a Swan Districts outfit that has kept the opposition guessing with an extended bench. Depending on AFL Women’s selection, the likes of Mikayla Morrison – who kicked four goals last week – is still available, and the Swans have included a number of players to pick from before the bounce, and of those, Chanel Jetta is the one named on the field at half-forward. The Sharks on the other hand will breathe a sigh of relieve with the return of Kahra Sprylan, while Marni Alston and Torrens Revell have also been added to the bench. Kate Inglis-Hodge and Brianna Green are among the outs with the latter set to be needed for AFL Women’s duties.

The key to the match will be whether or not Swan Districts can get off the chain like Morrison and her teammates did last week against reigning premiers, Peel Thunder. Bella Edgley just keeps kicking goals, and the likes of Taylah Edwards and Sarah Lakay provide good targets inside 50. The week before, Nyra Anderson slotted three goals and is a proven state league talent who can cause all sorts of headaches for the opposition defence. The Sharks defence of youngster Alli Nokes alongside the experienced Kimberley Boulton and Alex Williams have the capacity to limit the opposition in the back half, while the experienced midfield of Sharon Wong, Ann McMahon and Evangeline Gooch will look to take control over their younger opposition which could feature the slick Dana East and hard nut Jessica Cox. The front half combination of young trio, Anjelique Raison, Gabby Radojkovich and Chloe Reilly have serious X-factor and upside for the Sharks, with Emily McGuire, Lauren Osborne and Aimee Ralph helping steady the versatile movers in Jaime Henry and Tara Stribley. Swan Districts should be strong favourites in this, but East Fremantle hit their straps last week.

An unchanged South Fremantle will head in to try and change their first two rounds results taking on reigning premiers Peel Thunder who will look to bounce back from a rare loss in Round 3. The Thunder went down to Swan Districts in a top-of-the-table clash following back-to-back wins in Rounds 1 and 2, wile the Bulldogs are yet to get on the board, pushing Subiaco in Round 1 before back-to-back substantial losses to Swan Districts and Claremont the last two weeks. Peel Thunder have gone in with an extended bench for the home clash, welcoming back the likes of AFL Women’s draftee Demi Liddle and young gun Beth Schilling for the clash. Schilling will join the most dynamic forward line in the competition with Kate Bartlett leading all-comers in the goalkicking having booted multiple majors every week, and the unbelievable Ella Roberts also creating havoc for the Thunder. With Greta McKinley and Jade Briggs rounding out the front five, the Thunder have a difficult attack to contain, with Tahlia Holtz, Makayla Cocking and Sheridan Kowald needing to find a way to restrict them.

Young ruck Lauren Wakfer has been named at full-forward for the Bulldogs this week, likely to rotate with fellow tall Ella Ward, while Zoe Huggett kicked three goals in Round 1, and with Aaliyah Ugle and Hunter Cronin, the red and whites have potential up front. Makaela Tuhakaraina going up against Chloe Wrigley in the middle with a be a great head-to-head to watch, while Pia Durk and Lauren Vecchio are ever-consistent despite the South Fremantle results. Top prospect Courtney Rowley and West Australian Under 19s co-captain Jaide Britton on the wings will provide great run for the thunder, as will Tanisha Anderson and Bella Mann off half-back. Given their relative experience – despite both teams being young – Peel Thunder at home should get the job done here, though it has been great to see the Bulldogs progress this year after their inaugural season last year.

The East Fremantle and Swan Districts clash at New Choice Homes Park is the live stream game this week, available via the WAFL Facebook page or YouTube channel.