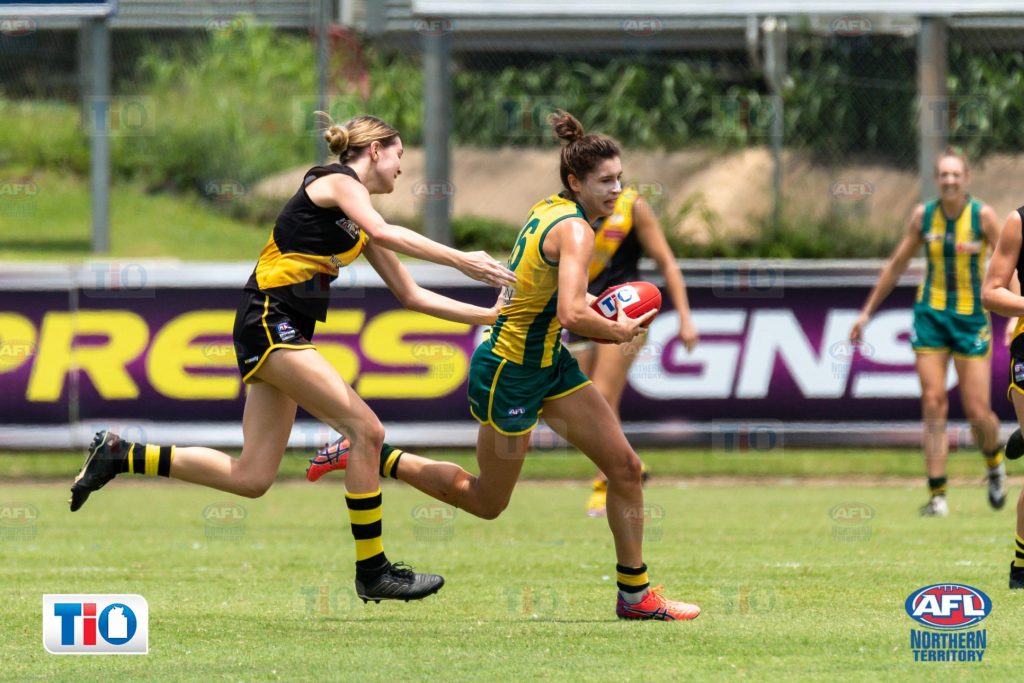 THE 2020/21 Northern Territory Football League (NTFL) Women’s Premier League finals series rolls on this weekend, with a blockbuster preliminary final match-up set to take place at TIO Stadium on Saturday evening. Minor premier, Pint will look to earn a well-deserved grand final spot, but will have to get past a rampant Nightcliff side in order to qualify. We take you through the key numbers and players in both games ahead of what should be a cracking day of NT football.

Pint and Nightcliff square off at TIO Stadium on Saturday to decide who will go on to face Darwin in the 2020/21 NTFL Women’s Premier League grand final. The minor premier and clear competition benchmark this season, Pint suffered its first loss last week in a stunning come-from-behind upset, but have the chance to earn a shot at quick redemption with a win in this clash. A 16-0 home-and-away record makes for formidable reading, as does the 89-point aggregate margin the Queenants achieved against Nightcliff in two meetings thus far. The Tigers have looked an inspired team of late though, winning two-straight finals against higher-ranked opposition and doing so with intent. As the clear underdog, they have nothing to lose and should look to put doubt in Pint’s mind throughout the contest. The Queenants may have been worse off for a bye before their finals entrance, but will have no excuse coming into this clash as their remarkable season is put on the line. This looms as a cracking contest which should provide high scoring intensity.