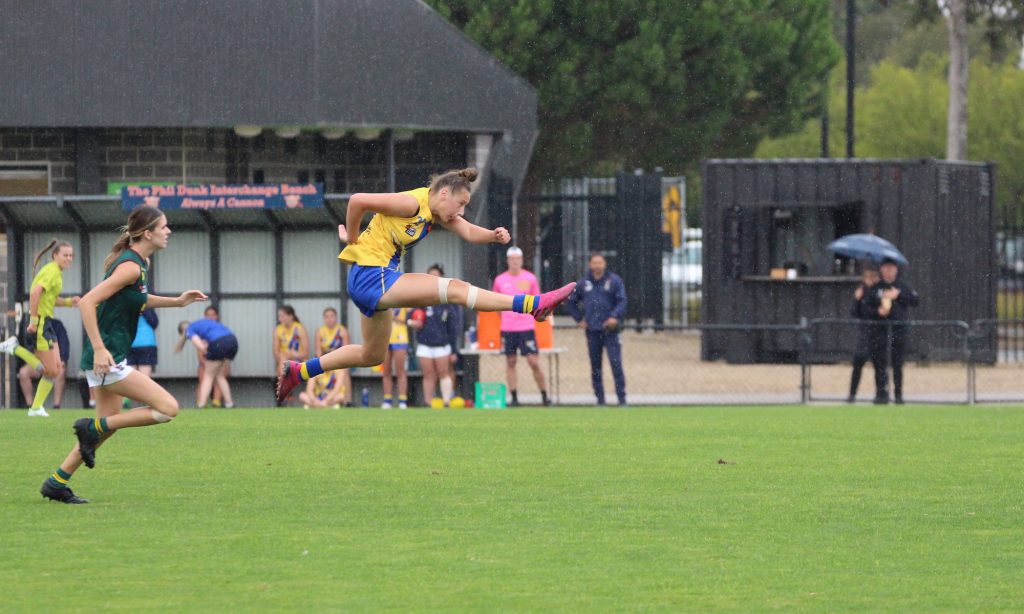 THE LAST five days have seen as many NAB League Girls games played out over said time, completing Round 5 and making up for some lost Round 2 fixtures. A number of top performers stood out across the extended run of matches, translating to some formidable numbers on the stat sheet. We take a look at this week’s stat leaders.

Two players topped multiple categories during the five-day stretch, with Oakleigh’s Stella Reid and Western’s Montana Ham racking up huge numbers in impactful performances. Reid notched a season-high 29 disposals as her Chargers scraped home by a point over Dandenong, while Ham laid 11 tackles in the Jets’ loss to Tasmania. Both players also achieved round-high inside 50 counts of seven, as Paige Ryan pumped forward 13 rebounds.

Tasmania played twice within three days and picked up consecutive wins to boot, making their Victorian travels all the more fruitful. Speaking of, Perri King racked up a competition-high 20 kicks not once, but twice as her Devils won out over Bendigo and Western. Fellow Tasmanians Claire Ransom and Madison Brazendale featured atop the handball and inside 50 charts respectively.

In front of goal, Charli Murphy stood head and shoulders above the rest with a haul of five-straight majors as Sandringham thumped Gippsland on Sunday. In the same game, Power ruck Grace Matser had the week’s most hitouts for the second time running with 23, while Matilda Van Berkel‘s six marks put her level with a trio of Bendigo Pioneers in that stat. Those three players were Tara Slender, Emma Gilligan, and Octavia Di Donato.

Find the full list of Round 2 and 5’s stat leaders below.

ROUND 2a/5 STAT LEADERS